I have the feeling of having lived there, Amongst those deserts, with those animals, Hidden in the sand, on my knees before a bowl of water, Cozy from the drain pipes made by the plants

An open lens, a panoramic screen. The cinema. A verse by Pedro García Cabrera. The moment Mersault shoots. The desert and the sun. That murder. I read a book about Sidi Ifni, I read Paul Bowles, I saw his wife’s books, Jane Bowles, I checked her handbag full of dead birds, I walked with Paul along paths that are prehistorical and he showed me how to cross the deserts without looking back, through the wind.

I have beautiful visions Of that world I have never seen I remember, within the daydream of what I had read, What I have seen in these paintings; I see the Great Gatsby looking through a telescope of Long Island That yellow beach And I see within the recounting of the deserts of Borges The luminous gaze of the sun covered with energy

All of those visions came to me now by looking at these deserts And the sand hit my eyes And it has transported me through the infinite thread Of the wind towards houses that were mine In the memory of a child.

I remember everything, as if I had seen it before. And how can it be? Why does this happen? I can think of a few answers, all unlikely. Because art was there earlier and when it travels The man who stands still feels like a pedestrian from everywhere.

Everything I have seen was born from childhood, The deserts, the sand, the lakes, The magnificent animals, the dromedaries, The beings that never existed but were described by the memory of someone crazy who was a neighbour of my own mind.

And on them I write this poem dedicated to the boy who looks The extraordinary umbrellas of the horizon. That is where the yellow comes from and then again, the yellow. The sand that follows, the wind that combs my hair like a mother’s hand. Horacio Guaraní sings into my ear and Borges sings and Shakespeare sings. Everything is magnificent and great within the painted land and the green trees and the colour of the sand with which I bless myself. Round sky and light blue like the eyes of the elder and the children. Welcome the painting that is a dream. 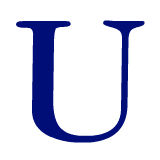