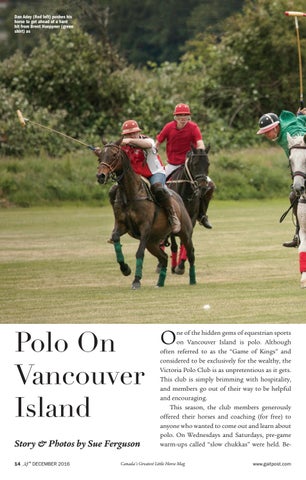 ne of the hidden gems of equestrian sports on Vancouver Island is polo. Although often referred to as the “Game of Kings” and considered to be exclusively for the wealthy, the Victoria Polo Club is as unpretentious as it gets. This club is simply brimming with hospitality, and members go out of their way to be helpful and encouraging. This season, the club members generously offered their horses and coaching (for free) to anyone who wanted to come out and learn about polo. On Wednesdays and Saturdays, pre-game warm-ups called “slow chukkas” were held. Be- 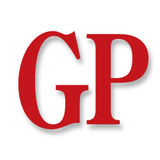