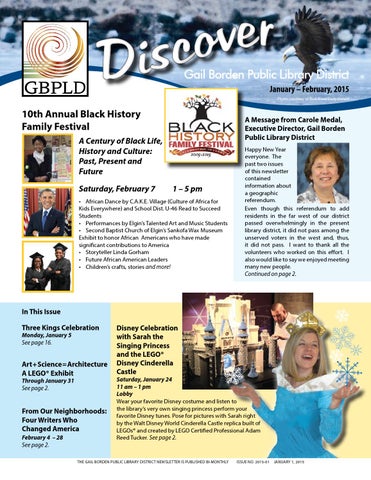 A Century of Black Life, History and Culture: Past, Present and Future Saturday, February 7

A Message from Carole Medal, Executive Director, Gail Borden Public Library District Happy New Year everyone. The past two issues of this newsletter contained information about a geographic referendum. Even though this referendum to add residents in the far west of our district passed overwhelmingly in the present library district, it did not pass among the unserved voters in the west and, thus, it did not pass. I want to thank all the volunteers who worked on this effort. I also would like to say we enjoyed meeting many new people. Continued on page 2. 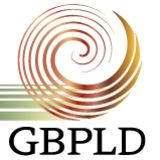