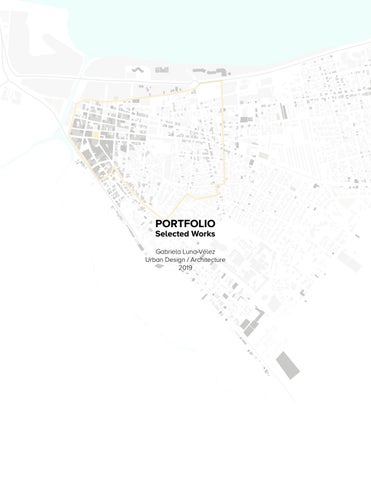 Advisors: Mark Sterling, David Lieberman Daniels Faculty of Architecture, Landscape and Design University of Toronto Awarded Project: Faculty Design Prize Toronto, 2019 In 2016, a 7.8 magnitude earthquake hit the coast of Ecuador devastating many areas including the city of Manta. Tarqui, its central and vibrant commercial shopping district, was considered the ground zero of this catastrophe. The post-earthquake conditions offer a unique opportunity to rethink this traditionally dynamic area where residential and commercial activities used to merge with the public realm in a fluid environment. This thesis proposes a resilient re design originating in the pre earthquake dynamics of the site; the project includes required protection systems from flood and tsunami hazards through the transformation of Tarqui´s waterfront into a recreational and natural mitigation area that interweaves with the urban fabric and the promises of the forgotten rivers bordering the site.

Juan Gallo’s House. Circa 1910. The soportal as an architectural element that influenced the development of linear street markets 4

Intervention in the margins of the river to prevent seasonal flooding N-S Section: elevated platforms as public areas

Mixed Use Mixed Use

Mixed Use Mixed Use

Professors: Kim Storey and James Brown Daniels Faculty of Architecture, Landscape and Design University of Toronto Awarded project: WZMH - Oxford PGS Award Toronto, 2018 Located on an inner ‘frontier’ of Toronto, at the edge of the former City limits with Scarborough. The project’s objective is to create a seam between the urban/suburban precincts, exploring how density is able to cross borders and how public and natural redesigned spaces can be implemented as links for the existing ‘patches’. The site is an urban archipelago internally subdivided into ‘islands’ of socially fragmented and isolated communities. The railway corridor demarcates a clear divide between north and south areas, where constrasting conditions of the built form and public spaces are symptomatic of social and economic disparities. The project promotes a stitching process to reconcile these islands through open spaces and higher-density mixeduse areas. The new built form includes eight variations of base buldings (U-shaped) where north and south endings are designed as mid and high-rise buildings to delineate the main avenue’s streetscapes.

External circulation Residential use Office use Retail use

A. Base form: High-rise + mid-rise tower building + shared base

H. Mid-rise building with a base on top of an existent building

G. High-rise building with a base

Situated to the east of downtown Montreal, Park Jean Drapeau comprises two islands that were the site of the Expo 67 Worldâ&#x20AC;&#x2122;s Fair and is currently a recreational area in need of intervention. The propsed redevelopment plan seeks to create a continuous network of circuits connected internally within the islands and externally with the city of Montreal while preserving its singular condition of island. This dynamic concept is conceived as a circulation system that links the activities located in the park with the natural landscape. The project includes the re-design of the Place des Nations, an area that is currently closed to the public. It is proposed as a place to locate big-scale events directly in contact with its adjacent environment.

PROGRAMMING In the present, the park offers many activities to do. Unfortunately, these areas are disconnected from each other. This condition creates a confusing environment. Additionally, temporary events are affecting other zones of the park specially green areas.

In Parc Jean-Drapeau, softscape occupies almost 50% of the total area. There are areas with dense vegetation specially in the central area of St. Helen Island. Additionally, almost 20% of the park is covered by water.

The internal circulation is confusing, the park has a weak signage system and centralized pedestrian circulation. Peripheral areas are dedicated to vehicles. Bike lanes are scarce.

Parc Jean Drapeau contains water in all its forms. Recreational, sports, and contemplative uses; wetlands, swimming pools, and a beach. The St. Lawrence Rivers has an important role in the internal condition of the water contained in the park.

Distribution of green areas by level of density and height 26

A greener future: preservation of dense areas in the inner core of the islands and low-medium vegetation on the periphery to create a visual connection with St. Lawrence river and Montrealâ&#x20AC;&#x2122;s downtown 27

FRAGMENTATION 1. Lac des Cygnes will be extended to the South side creating the effect of a “floating plaza”.

2. Two elements from Expo 67 in Place des Nations will be eliminated to create an open area visually and phisically connected to Parc JeanDrapeau.

COHESION 3. A new dock will be installed to generate a virtual connection between Trois Disques, the new amphitheatre, Swan Lake, and St. Lawrence River.

Place des Nations proposed as an open area visually and phisically connected to the lake and St. Lawrence river 29

Municipio del Distrito Metropolitano de Quito United Nations Development Programme Quito-Ecuador, 2016 Based on the analysis of the current situation of La Algeria District at the macro and immediate scale, and the area influenced by the implementation of the future station of the Quito Cables system in the sector, the project includes solutions to existing problems initiated with the informal settlements. Among the main objectives, the proposal seeks to: stablish new land use strategies at the periphery bordering the implantation site of the station, to implement a pedestrian-oriented circulation model, to improve the quality of the existing public spaces, and to include the natrual areas as main recreational spaces bordering the site. Some strategies to achieve these are: - To set an â&#x20AC;&#x153;educational axisâ&#x20AC;? with pedestrian priority that connects the most important educational establishments of the area and public spaces that connect and activate the existing public spaces. - To delimitate a new commercial area at the edge of the station, and activate the less dynamic commercial areas. - To create an ecological path, taking advantage of the existent edge slope.

Land use and conflict areas

Municipality of Quito Taller de Proyectos Urbanos de Quito Awarded project: International Urban Design and Landscape Prize, XVIII Pan-American Architecture Biennale, Quito. Quito, 2012 Plaza Santa Clara is located in the Historic Center of Quito. Until the XIX Century it was one of the few open places, clearly defined for the community, of greater importance and significance for the city. Over the years, it had different uses. During the last decades, this space was in a state of deterioration. The project sought to convert a previously-closed space for private use into an open and public area. With the intervention, it was possible to make visible the church of Santa Clara, which was hidden for years by the walls of the pre-existing parking lot. The design was based on three platforms: the first, which serves as an atrium for the church of Santa Clara; the second and third as an area of â&#x20AC;&#x2039;â&#x20AC;&#x2039;multiple, civic and diverse use. With the reconstruction of the plaza, an integrated axis was created including Plaza San Francisco and Boulevard 24 de Mayo, creating a pedestrian route that has allowed to revitalize this sector and begins to recover the southern side of the Historic Center in an integral way .

Urban Furniture for the City of Quito PROFESSIONAL WORK

The city of Qutio required unified models of urban furniture to be located throughout the Metropolitan area. Weather resistant materials were applied such as wood, steel and concrete. The designs are built with prefabricated pieces. Several prototypes of benches of various lengths were designed. Some of them were designed in the form of sets using the same base model and different lengths to be adapted according to the need of the place of implementation. In addition, models of bus shelters and trash cans were made. In the architectural scale, public washrooms were designed to be located in the main parks of the city. These include a resting place and temporary shelter in the form of a frame that avoids blocking the natural view of the park. 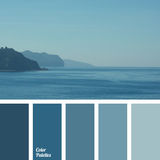