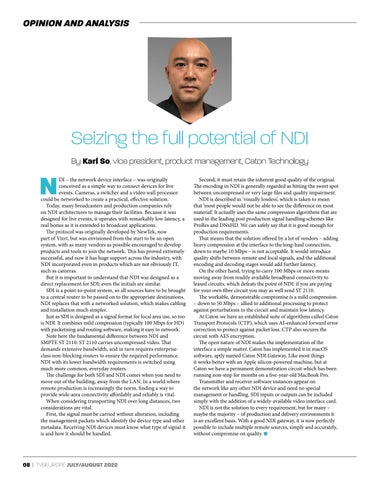 DI – the network device interface – was originally conceived as a simple way to connect devices for live events. Cameras, a switcher and a video wall processor could be networked to create a practical, effective solution. Today, many broadcasters and production companies rely on NDI architectures to manage their facilities. Because it was designed for live events, it operates with remarkably low latency, a real bonus as it is extended to broadcast applications. The protocol was originally developed by NewTek, now part of Vizrt, but was envisioned from the start to be an open system, with as many vendors as possible encouraged to develop products and tools to join the network. This has proved extremely successful, and now it has huge support across the industry, with NDI incorporated even in products which are not obviously IT, such as cameras. But it is important to understand that NDI was designed as a direct replacement for SDI; even the initials are similar. SDI is a point-to-point system, so all sources have to be brought to a central router to be passed on to the appropriate destinations. NDI replaces that with a networked solution, which makes cabling and installation much simpler. Just as SDI is designed as a signal format for local area use, so too is NDI. It combines mild compression (typically 100 Mbps for HD) with packetising and routing software, making it easy to network. Note here the fundamental difference between NDI and SMPTE ST 2110: ST 2110 carries uncompressed video. That demands extensive bandwidth, and in turn requires enterpriseclass non-blocking routers to ensure the required performance. NDI with its lower bandwidth requirements is switched using much more common, everyday routers. The challenge for both SDI and NDI comes when you need to move out of the building, away from the LAN. In a world where remote production is increasingly the norm, finding a way to provide wide-area connectivity affordably and reliably is vital. When considering transporting NDI over long distances, two considerations are vital. First, the signal must be carried without alteration, including the management packets which identify the device type and other metadata. Receiving NDI devices must know what type of signal it is and how it should be handled.

Second, it must retain the inherent good quality of the original. The encoding in NDI is generally regarded as hitting the sweet spot between uncompressed or very large files and quality impairment. NDI is described as ‘visually lossless’, which is taken to mean that ‘most people would not be able to see the difference on most material’. It actually uses the same compression algorithms that are used in the leading post production signal handling schemes like ProRes and DNxHD. We can safely say that it is good enough for production requirements. That means that the solution offered by a lot of vendors – adding heavy compression at the interface to the long-haul connection, down to maybe 10 Mbps – is not acceptable. It would introduce quality shifts between remote and local signals, and the additional encoding and decoding stages would add further latency. On the other hand, trying to carry 100 Mbps or more means moving away from readily available broadband connectivity to leased circuits, which defeats the point of NDI: if you are paying for your own fibre circuit you may as well send ST 2110. The workable, demonstrable compromise is a mild compression – down to 50 Mbps – allied to additional processing to protect against perturbations in the circuit and maintain low latency. At Caton we have an established suite of algorithms called Caton Transport Protocols (CTP), which uses AI-enhanced forward error correction to protect against packet loss. CTP also secures the circuit with AES encryption. The open nature of NDI makes the implementation of the interface a simple matter. Caton has implemented it in macOS software, aptly named Caton NDI Gateway. Like most things it works better with an Apple silicon-powered machine, but at Caton we have a permanent demonstration circuit which has been running non-stop for months on a five-year-old MacBook Pro. Transmitter and receiver software instances appear on the network like any other NDI device and need no special management or handling. SDI inputs or outputs can be included simply with the addition of a widely-available video interface card. NDI is not the solution to every requirement, but for many – maybe the majority – of production and delivery environments it is an excellent basis. With a good NDI gateway, it is now perfectly possible to include multiple remote sources, simply and accurately, without compromise on quality. n

Ready for a wealth of sport. 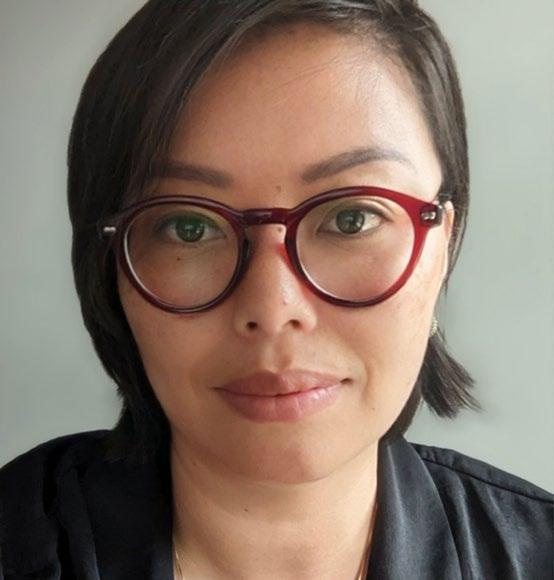 How technology can boost happiness in post production teams 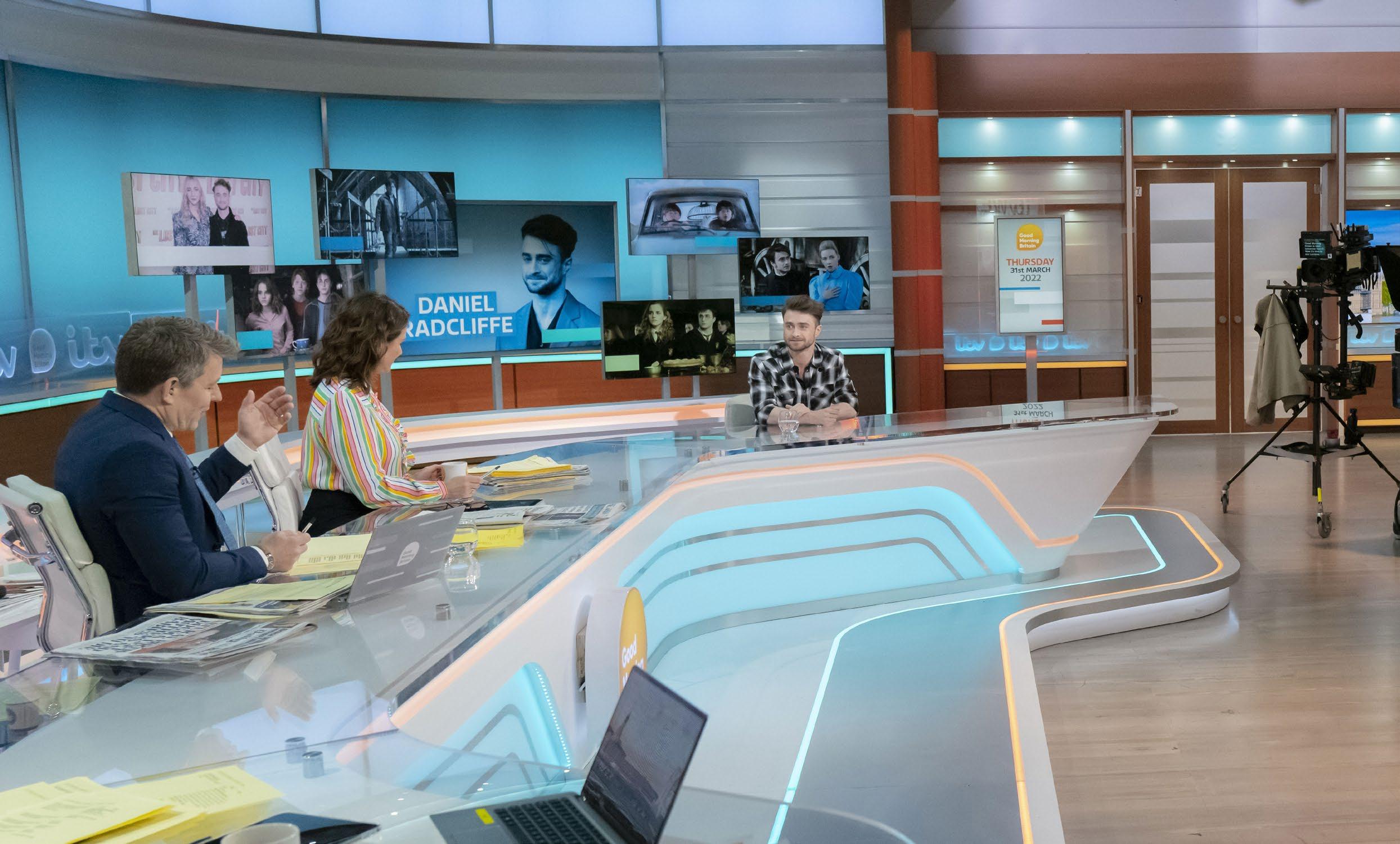 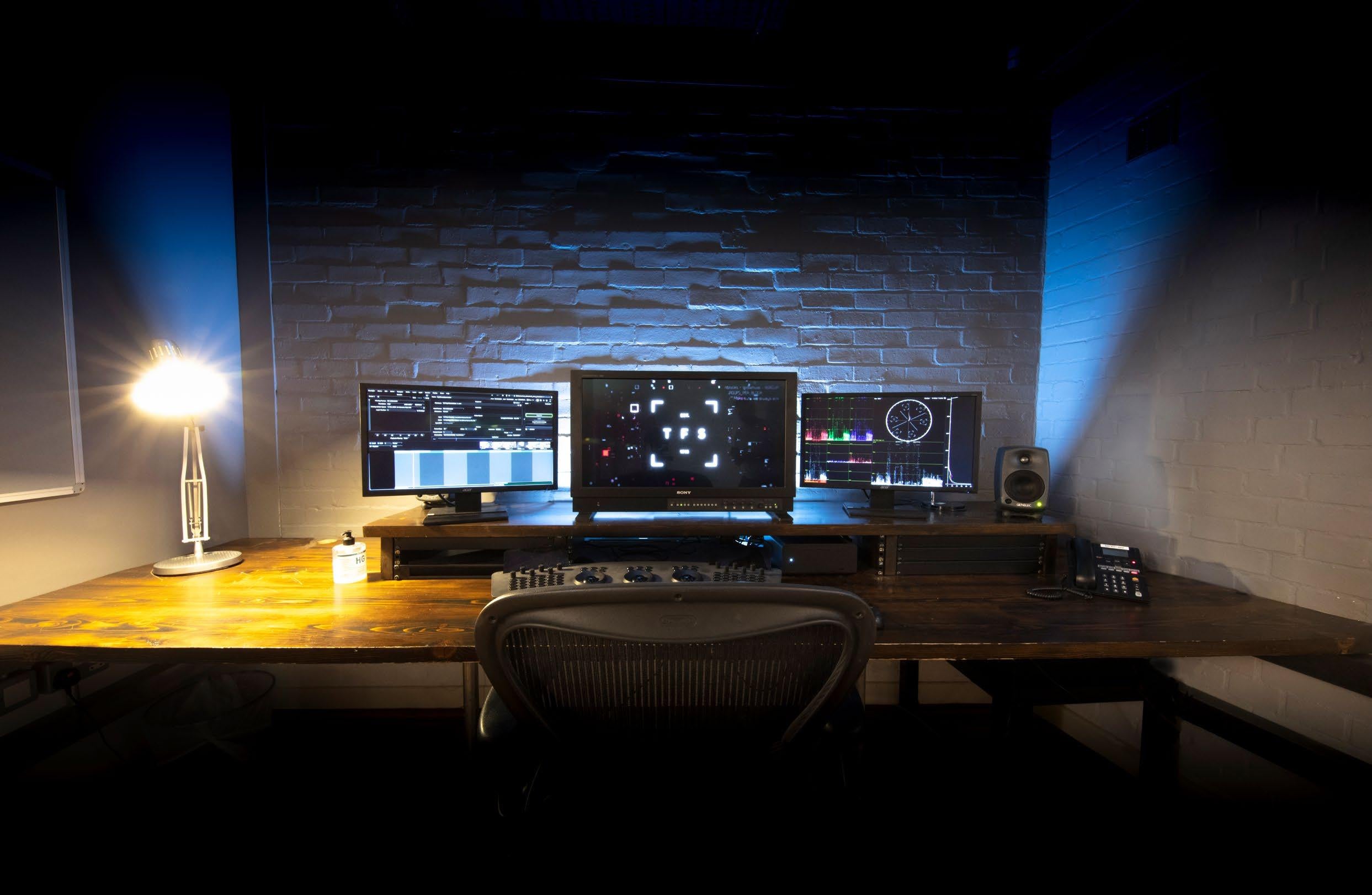 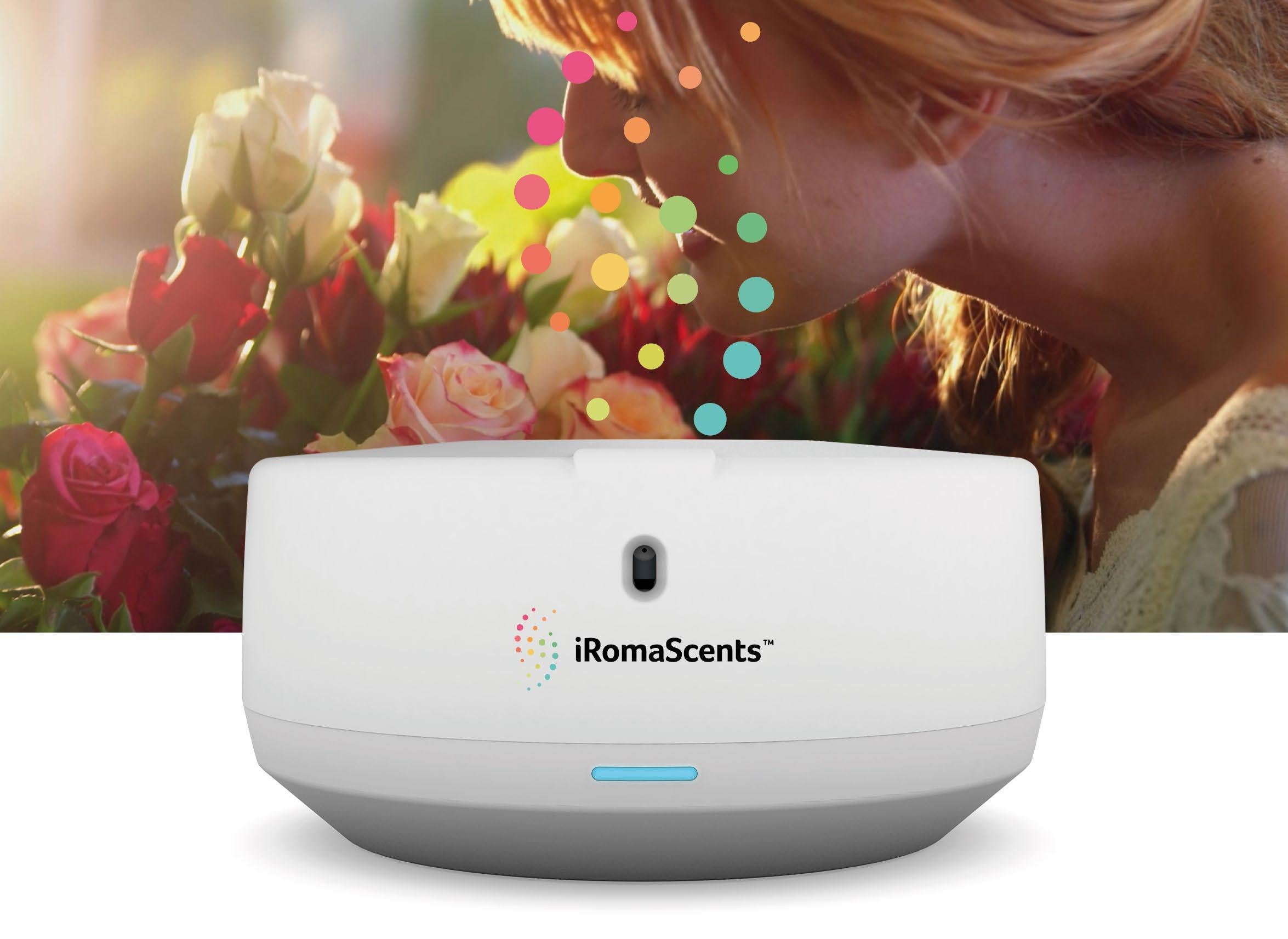 The sweet smell of success?

Is the TV and film industry finally ready to include smell as well as vision and sound? 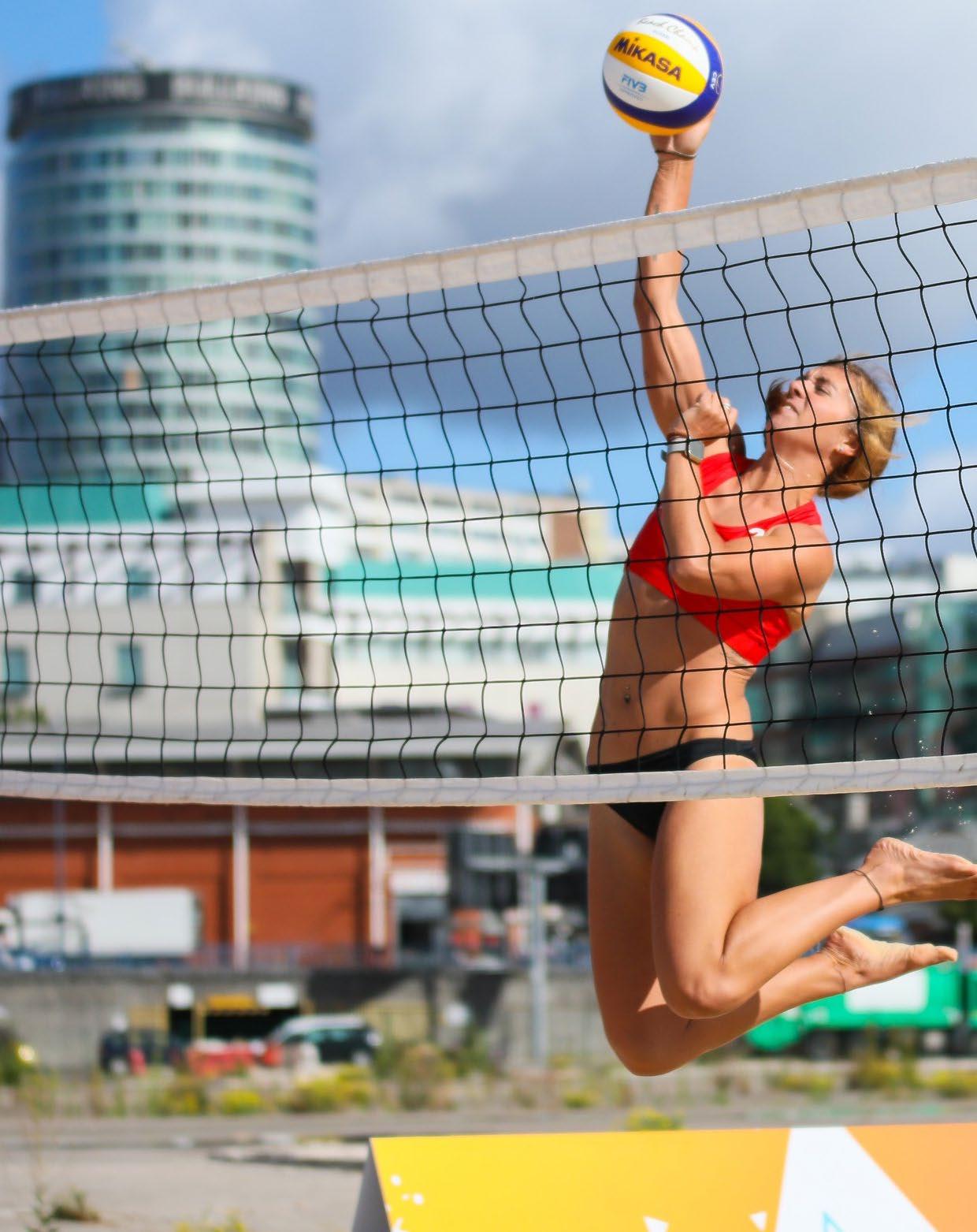 Ready for a wealth of sport

Kevin Emmott reports on the broadcast plans for this summer’s Commonwealth Games, including a ground-breaking new training initiative 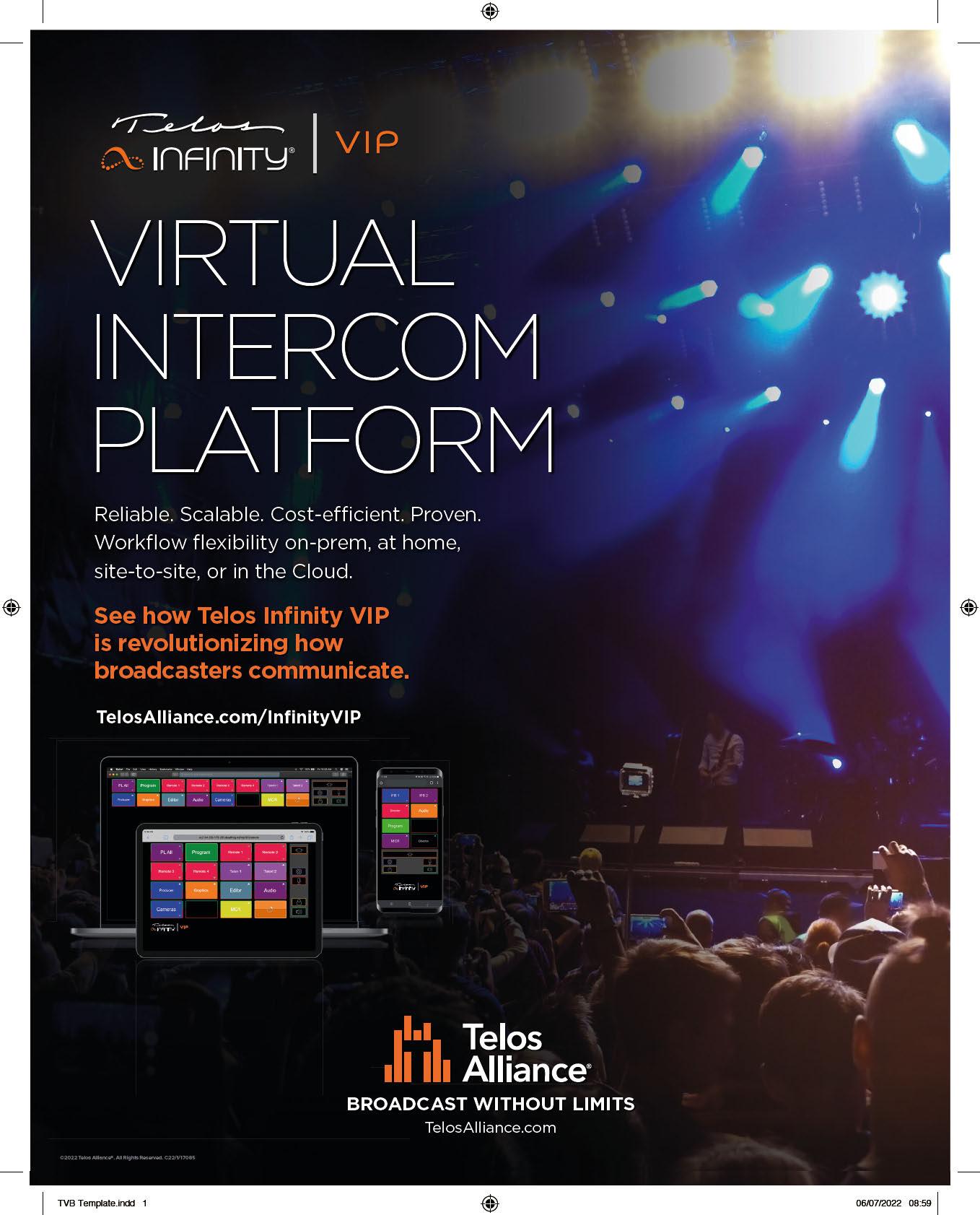 In a report into the impact of a fire at Channel 4’s playout centre, Ofcom warned that broadcasters need to urgently look at their disaster recovery plans. TVBEurope hears from four experts as to how broadcasters can plan for such a situation