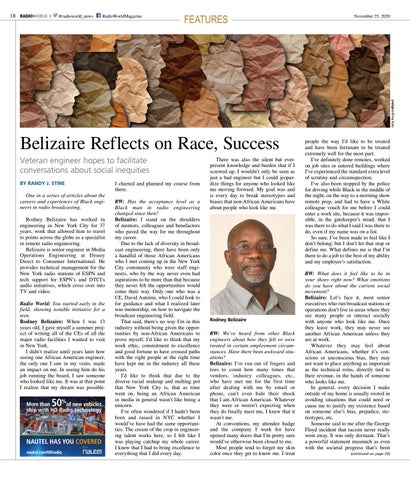 One in a series of articles about the careers and experiences of Black engineers in radio broadcasting. Rodney Belizaire has worked in engineering in New York City for 37 years, work that allowed him to travel to points across the globe as a specialist in remote radio engineering. Belizaire is senior engineer in Media Operations Engineering at Disney Direct to Consumer International. He provides technical management for the New York radio stations of ESPN and tech support for ESPN’s and DTCI’s audio initiatives, which cross over into TV and video. Radio World: You started early in the field, showing notable initiative for a teen. Rodney Belizaire: When I was 13 years old, I gave myself a summer project of writing all of the CEs of all the major radio facilities I wanted to visit in New York. I didn’t realize until years later how seeing one African American engineer, the only one I saw in my visits, made an impact on me. In seeing him do his job running the board, I saw someone who looked like me. It was at that point I realize that my dream was possible.

% of new vehicles More than ship with HD Radio technology

NAUTEL HAS YOU COVERED nautel.com/HDradio

I charted and planned my course from there. RW: Has the acceptance level as a Black man in radio engineering changed since then? Belizaire: I stand on the shoulders of mentors, colleagues and benefactors who paved the way for me throughout my career. Due to the lack of diversity in broadcast engineering, there have been only a handful of those African Americans who I met coming up in the New York City community who were staff engineers, who by the way never even had aspirations to be more than that because they never felt the opportunities would come their way. Only one who was a CE, David Antoine, who I could look to for guidance and what I realized later was mentorship, on how to navigate the broadcast engineering field. That said, there’s no way I’m in this industry without being given the opportunities by non-African Americans to prove myself. I’d like to think that my work ethic, commitment to excellence and good fortune to have crossed paths with the right people at the right time have kept me in the industry all these years. I’d like to think that due to the diverse racial makeup and melting pot that New York City is, that as time went on, being an African American in media in general wasn’t like being a unicorn. I’ve often wondered if I hadn’t been born and raised in NYC whether I would’ve have had the same opportunities. The cream of the crop in engineering talent works here, so I felt like I was playing catchup my whole career. I knew that I had to bring excellence to everything that I did every day.

There was also the silent but everpresent knowledge and burden that if I screwed up, I wouldn’t only be seen as just a bad engineer but I could jeopardize things for anyone who looked like me moving forward. My goal was and is every day to break stereotypes and biases that non-African Americans have about people who look like me.

RW: We’ve heard from other Black engineers about how they felt or were treated in certain employment circumstances. Have there been awkward situations? Belizaire: I’ve run out of fingers and toes to count how many times that vendors, industry colleagues, etc., who have met me for the first time after dealing with me by email or phone, can’t even hide their shock that I am African American. Whatever they were or weren’t expecting when they do finally meet me, I knew that it wasn’t me. At conventions, my attendee badge and the company I work for have opened many doors that I’m pretty sure would’ve otherwise been closed to me. Most people tend to forget my skin color once they get to know me. I treat

people the way I’d like to be treated and have been fortunate to be treated extremely well for the most part. I’ve definitely done remotes, worked on job sites or entered buildings where I’ve experienced the standard extra level of scrutiny and circumspection. I’ve also been stopped by the police for driving while Black in the middle of the night, on the way to a morning show remote prep, and had to have a White colleague vouch for me before I could enter a work site, because it was impossible, in the gatekeeper’s mind, that I was there to do what I said I was there to do, even if my name was on a list. So sure, I’ve been made to feel like I don’t belong; but I don’t let that stop or define me. What defines me is that I’m there to do a job to the best of my ability and my employer’s satisfaction. RW: What does it feel like to be in your shoes right now? What emotions do you have about the current social movement? Belizaire: Let’s face it, most senior executives who run broadcast stations or operations don’t live in areas where they see many people or interact socially with anyone who look like me. Once they leave work, they may never see another African American unless they are at work. Whatever they may feel about African Americans, whether it’s conscious or unconscious bias, they may not want to place anything as important as the technical reins, directly tied to their revenue, in the hands of someone who looks like me. In general, every decision I make outside of my home is usually rooted in avoiding situations that could need or cause me to justify my existence based on someone else’s bias, prejudice, stereotypes, etc. Someone said to me after the George Floyd incident that racism never really went away. It was only dormant. That’s a powerful statement inasmuch as even with the societal progress that’s been (continued on page 20) 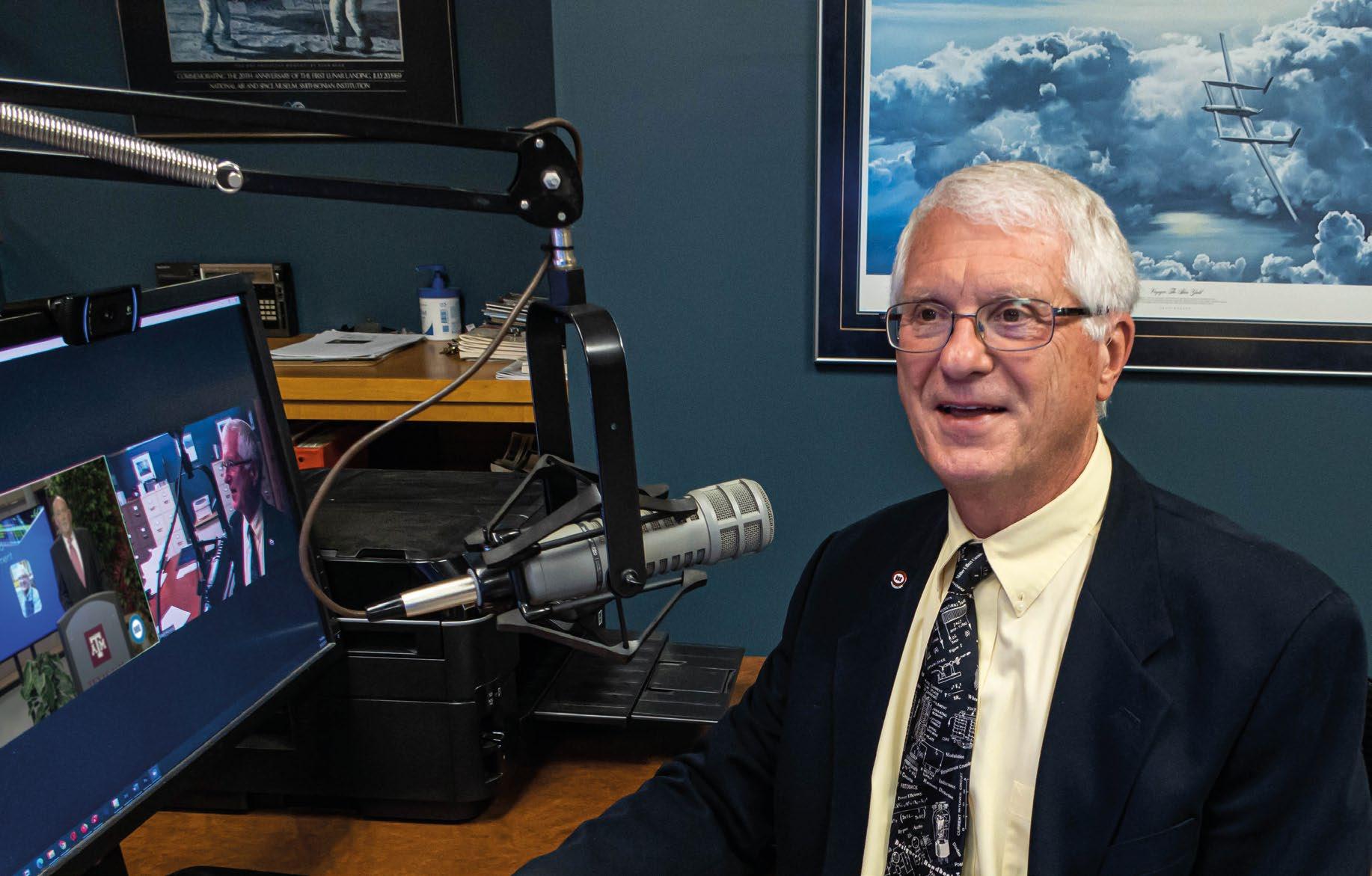 Persons: “I Never Had a Plan B 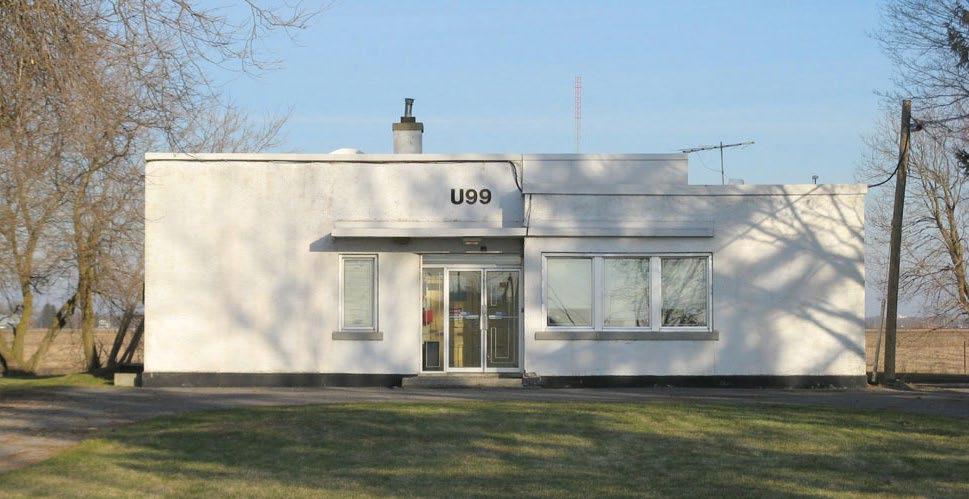 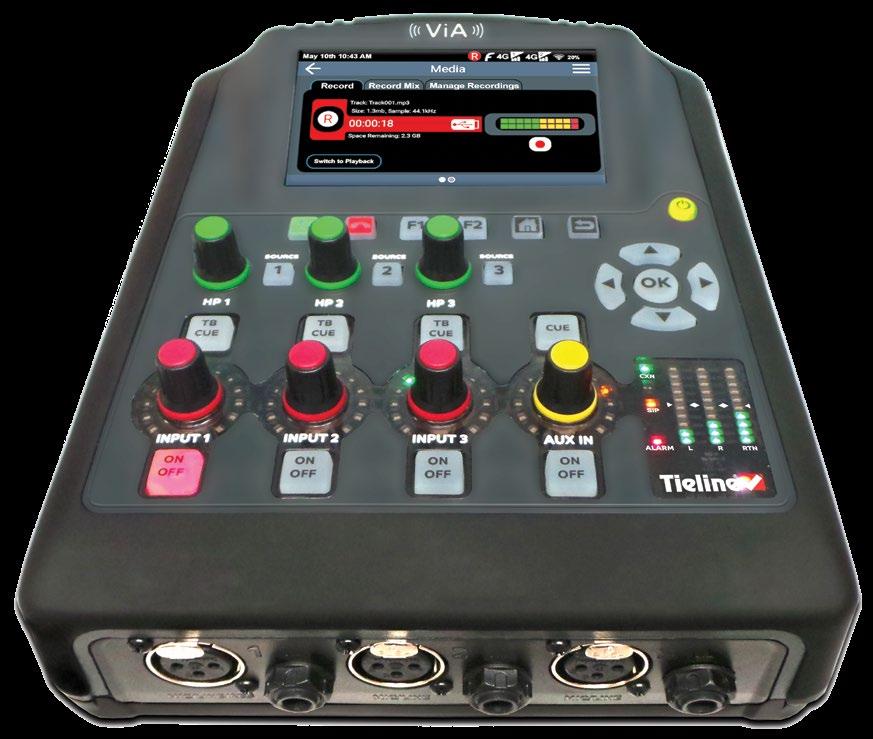 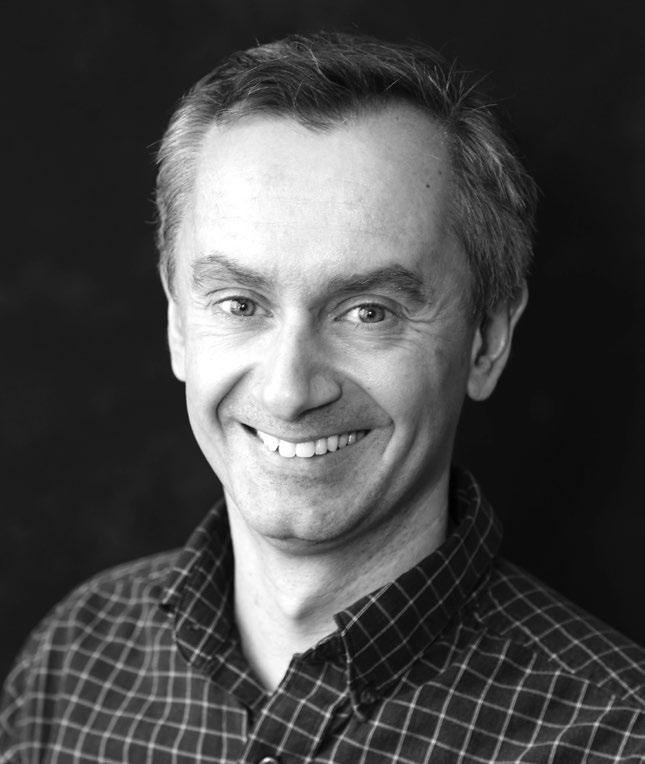 a Future of Growth