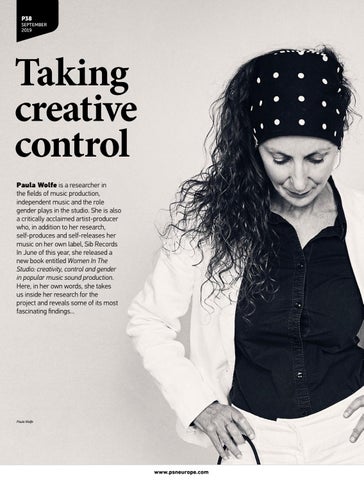 Paula Wolfe is a researcher in the fields of music production, independent music and the role gender plays in the studio. She is also a critically acclaimed artist-producer who, in addition to her research, self-produces and self-releases her music on her own label, Sib Records In June of this year, she released a new book entitled Women In The Studio: creativity, control and gender in popular music sound production. Here, in her own words, she takes us inside her research for the project and reveals some of its most fascinating findings...

Marika Hackman - A journey inside one of 2019's most revealing and remarkable records.