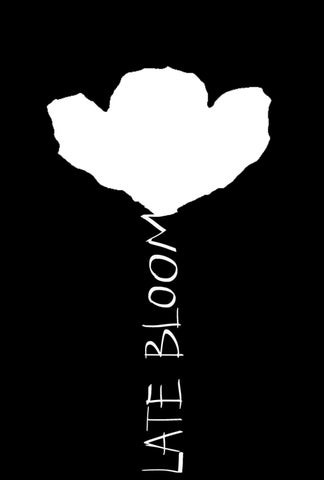 Seagery Zine | editor’s note For the last 4 years I’ve written about fashion, art, music, and science. I never once thought that in my young life, I’d have to write my father’s eulogy. In the aftermath of his death, I launched myself into a senseless form of creativity in order to distract myself from an internal collapse. I wrote less as my brain tired in pursuit of each and every memory of my dad. Writing his eulogy was a struggle — all writing became a struggle — because I lost the person I wrote for. Sometimes I still feel the desire to give up writing entirely because it saddens me to be unable to send him my work. However, I’ve come to hypothesize that perhaps this regrettable independence just needs a new area to birth honest writing. Somewhere that isn’t a leather-bound diary or an established publication or the fucking internet. A year ago, I had an idea for a magazine that could give artistic expression to discussions of science and literature. I wanted to build more connections between theories and concepts and details. I wanted to make farfetched comparisons and juxtapositions of the kind my old puffed up college classmates would not-so-subtly insult. And so, with an iota of fear (that’s a lie, I’m scared shitless) and an infinite amount of gratitude to my family and friends, I present to you a visceral collection of written and visual work by people in my life who, through pure existence, rain on my dry and crumbly earth. This issue was meant to explore the absurdity and awkwardness of being young in the current global climate, but I twisted it into also exploring the ephemerality of all life. I thought about Frankenstein’s monster, the short lifespans of flowers, being broken and being young. Then the submissions came in and fell into their place in the zine on their own. #botany #flora #herbarium #pressedflowers #latebloomer #moribundity #death #collage #Frankenstein #MaryShelley #youth #budding #life I entreat you to turn the pages of this zine slowly. And when you reach the end of Late Bloom, I hope that you will have shocked into being a unique, incorporeal entity that you may unreluctantly bid farewell to as it kisses you on the cheek and retreats to the depths of your dreams. KVW Late Bloom is dedicated to my father, the professor.

Georgia You ran somewhat dry lips down the center of her body, that invisible line that split her in symmetrical twos: chin, throat, between breasts, the slight flesh of stomach that prompted her to wriggle in silence. You kissed the prickle of hair that curled between her legs and slipped tongue and mouth between her thighs. A sour, copper taste in her. Wet, hot heat on your lips. After a few moments of her quiet squirms — you unable to gauge your performance from lack of sound — your mind began to wander away from action. ​Wasn’t it an odd coincidence that flowers and females shared so many traits? Or, rather, evidence of a shared cousin in evolution that split plant and human sex organs in two. Painter Georgia O’Keeffe was lauded as a feminist, sneaking vaginas into phallic-centric art galleries. But what if she had captured nature’s eerie similarities and nothing more? The petals, stems, and pollen that mirrored labias and clitorises were just the flowers’ own organs. Would that make Georgia an artist or a biologist, observing patterns amongst living things with a keen eye? What separated the need for creativity and the calculated reproduction of the known? And was that so dissimilar from your own actions in that moment? ​It was at this point that she pulled you up. You’d overstayed your welcome. She caught your face in her hands and then your blank expression in her eyes. ​“What are you thinking about?” ​“Hm,” you said. “Nothing.”

The Dearth Of Innocence When you are young, unencumbered and in the company of bright minds, it is easy to imagine that you, unlike your parents and the many before you, are destined for greatness. Almost like the literature that we devoured as youths, we fancied ourselves heroes of our generations; revolutionaries rebelling against institutions; people most likely to succeed. The Rousseaus of the modern world. Ah, youth and all its idealistic trappings. Yet just as our parents warned, these great dreams and aspirations would one day come crashing down around us. And that they did. We met on a roof landing, accessible for many but visited by few. No secret passages or ladders, you simply had to push through a door along a stairwell to access the roof. There were seven of us. Two — Ben and David — had known each other since they were in Kindergarten. One was a pilot taking a mid-career break and re-entering the education system. With him came another, who had been home-schooled for most of his life until now. And another was the nephew of a renowned politician. That left two others — the only two girls in the group. Myself and a mysterious girl with a large rose bush tattooed across her back. All seven of us pursued various majors, from English Literature, to Sociology, to Political Science. We did well, we tore our notes and readings apart to get to the core of each philosopher or writer’s intent, argued passionately for our different views and beliefs and even ended up leading our classes, on some occasions. A grades were being tossed around like candies. But it was our daily smoking sessions on the rooftop that seemed to keep us going. That was how we had first met — each of us in search of a smoking spot and all seven meeting serendipitously on the rooftop landing. We could spend hours arguing over the latest theories we had studied in class and disagreeing on methodologies. Yet, however heated the arguments got, we still always relished these moments for their ideas, company and spirit of curiosity. 10

Then came the romances. Rene, the pilot, found himself falling fast and hard for the mysterious rose, Cathy. Antony, the home-schooled boy, who was the Robin to Reneâ&amp;#x20AC;&amp;#x2122;s Batman, found himself stealing a kiss from the rose (shout out to Seal; this actually happened by the way). I wonâ&amp;#x20AC;&amp;#x2122;t delve into much detail because, for the rest of us, romance lived in books. The romantic entanglements of college students were a far cry from the explosive romances of Scott and Zelda, Sylvia and Ted and even Heathcliff and Cathy. We fancied ourselves intellectuals, far removed from the daily grind of the average college student. Cathy was a puzzle for everyone, though. Smart, private and fiercely independent, this girl drew glances wherever she went. We grew close and I, like many others before, was entranced by her. Her mother had passed away from cancer when she was 15. Her father remarried and left for Hong Kong. And here she was in this country, alone. She tutored younger students to earn some money on the side. She also taught yoga and became expressly interested in the boosting powers of marijuana and mate, a South American tea containing a caffeine-like stimulant. As private as she was, Cathy was also a fierce lover. Whenever she described her lovers, it would seem like they had swallowed her whole world. Her life would revolve almost solely around one person. Yet, she still treasured her independence. Cathy was a cypher. By our third year, she had fallen out with everyone because of a boy. She had been left wounded and was especially angry at me for not supporting her. On my end, I was completely confounded because we had never heard a pip about any romantic struggles she might have been facing. By our fourth year, she had married a man that she had met in Morocco. Upon graduation, she became a yoga instructor, dedicating her life to travelling the world with her husband, yoga sutras and mat in hand. We never heard from her again. We only learnt about her from her social media accounts. 11

Meanwhile, Rene had met his match in a law student who shared his views on life. She was tall, beautiful and assured. She held him up. David and Russell, the nephew of a state politician, continued with their Masters, unsure about what the future held for them. Ben joined the Foreign Affairs department after years of braying against the civil service. He left a year later, broken and disillusioned. Antony co-wrote a book with a famous author. I pursued my childhood dream of becoming a journalist. Shortly after, I left and entered the publishing industry. It has never really been the same. The six of us — Cathy aside — had not become the bright shining beacons of our generation like we had hoped to be. It seemed like university had been four years of spring. We had absorbed, blossomed and grown all we could. The years after seemed grey, wintry and unfulfilling. All except for Cathy. A look at her social media account saw her flourishing across the globe. She travels frequently, does yoga and works part-time jobs to support her and her husband’s intimate journey with Mother Nature. It seems strange that the rose bush had outlasted all of us. Peeling back the layers, I wonder if she had learnt early on the errors of youth. If she had realised that ideals were just ideals, nothing more. If she had realised that intellectual conversations were just a youthful conceit, with no actual bearing on us or the world. All six of us had become paler versions of ourselves. Yet, the girl with the rose bush emblazoned on her back, had done what none of us could. She had pushed past the system, foregone the greed of capitalism and experienced true happiness. She had reached the winter of her discontent.

After The Fall A flower lies in bloom without its roots:

Late Bloom Part I I felt the pull each time so terse lofted on the breeze though unuttered was the verse And each time I felt the pull by sudden unbridled forces like elemental horses that left me trampled under foot Right to my roots inside my garden, in my soil where worms eat the blood of my ardent toil My seeds lay in pods behind closed doors inside refuges that were damp with moist earthen floors But roots will always seek the very succour of earthly nourishment down and pushing out water trickles with encouragement And lo the changes of the seasons provide plenty of reasons for the push towards growth but the deceiving appearance is just an experience of Natureâ&amp;#x20AC;&amp;#x2122;s subtle oaths

The Dearth Of Innocence

Page 1: Frankenflora by KVW Cover, Zine Compilation and Editing by KVW Cover Hanji Paper obtained from Paper Connection International Printed by East Van Graphics All text and images may be subject to copyright by individuals credited above. 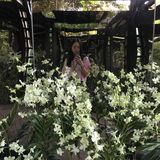