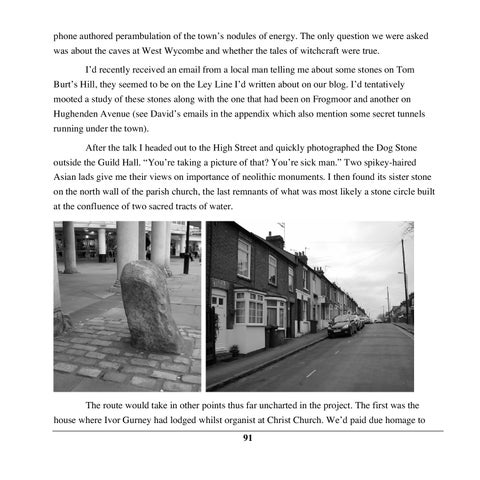 phone authored perambulation of the town’s nodules of energy. The only question we were asked was about the caves at West Wycombe and whether the tales of witchcraft were true. I’d recently received an email from a local man telling me about some stones on Tom Burt’s Hill, they seemed to be on the Ley Line I’d written about on our blog. I’d tentatively mooted a study of these stones along with the one that had been on Frogmoor and another on Hughenden Avenue (see David’s emails in the appendix which also mention some secret tunnels running under the town). After the talk I headed out to the High Street and quickly photographed the Dog Stone outside the Guild Hall. “You’re taking a picture of that? You’re sick man.” Two spikey-haired Asian lads give me their views on importance of neolithic monuments. I then found its sister stone on the north wall of the parish church, the last remnants of what was most likely a stone circle built at the confluence of two sacred tracts of water.

The route would take in other points thus far uncharted in the project. The first was the house where Ivor Gurney had lodged whilst organist at Christ Church. We’d paid due homage to 91 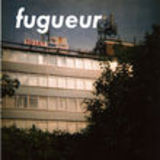 This book is the outcome of the Remapping High Wycombe public art project by Cathy and John Rogers. It includes images and reports from a se...

This book is the outcome of the Remapping High Wycombe public art project by Cathy and John Rogers. It includes images and reports from a se...