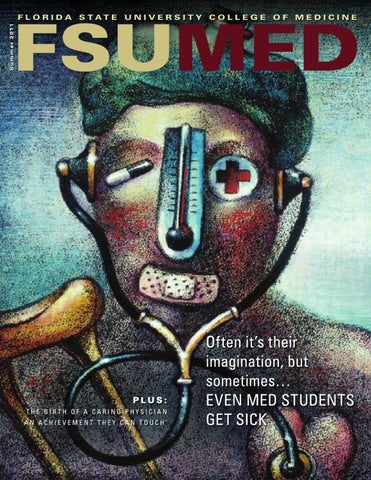 ‘A full participant in life’

From SSTRIDE to teacher If the young participants in SSTRIDE aren’t already sold on the potential rewards of hard work in medicine, now they have Kendall Campbell as a life-size reminder. This newest faculty member in the Department of Family Medicine and Rural Health started out as one of the first mentors in SSTRIDE (Science Students Together Reaching Instructional Diversity &amp; Excellence). He provided academic support to students as young as seventh grade who lived in – and potentially might practice medicine in – medically underserved communities in the Tallahassee area. As a faculty member, he continues to encourage students and to underscore the benefits of service. Campbell graduated from Florida A&amp;M, got his first year of medical school in PIMS (Class of 1997), finished med school at the University of Florida and did his family medicine residency training at TMH. For six years he taught at UF, where one of his roles was medical director of a clinic for underserved populations. “Kendall brings to the College of Medicine a heart for teaching,” said Dr. Daniel Van Durme, department chair, “and the goal of encouraging students to appreciate the fulfillment and challenges of caring for the underserved.”

The College of Medicine lost one of its best friends in May. Charles R. Mathews, distinguished physician and active volunteer providing primary care for indigent people, was celebrated in a memorial tribute at the medical school. Mathews, a physician who was an expert in pulmonary and critical-care medicine, donated his money and time to geriatrics education at Florida State. In addition, he donated a rare set of documents from the 1966 White House Conference on the Implementation of Medicare, which he attended. Bruce Berg, dean of the College of Medicine’s Sarasota campus, is one of the many for whom Mathews was a mentor. At the memorial service, Berg recalled: “Charles was a teacher and a collaborator, … an organizer, a traveler, a builder, … a sailor, a calligrapher, a singer, a cyclist, an adventurer and a risk-taker. And without doubt a full participant in life.” Watch Ken Brummel-Smith’s interview with Mathews about the physician’s responsibility to the medically indigent and more: http://medicareexhibit.weebly. com/dr-charles-r-mathews.html Read about the historic Medicare documents that Mathews donated to Florida State University: Go to med.fsu. edu and search for &quot;piece of history.&quot;

Scholarly development His research is helping to explain the root causes of anxiety, depression and drug dependence, lighting the way for the development of more effective treatment methods. That’s only part of why College of Medicine faculty member Mohamed Kabbaj recently received a 2011 Developing Scholar Award from Florida State University. Kabbaj, an associate professor in the Department of Biomedical Sciences, is one of six FSU faculty members chosen for the award in 2011. “Mohamed is what you’d call the total package,” said Myra Hurt, senior associate dean for research and graduate programs. “It’s not just his groundbreaking research or the individual grants he has won within his area of focus. He also collaborates with other scientists on campus through the neuroscience program, he leads our graduate teaching program and he is committed to service. Few excel in all areas the way he does.” Most recently, Kabbaj’s research has made headlines for producing evidence that higher levels of testosterone could explain why men are less afflicted by anxiety than women. For the millions of people worldwide who suffer from anxiety disorders, Kabbaj’s work offers hope that better help is on the way.

Living the mission: the birth of a caring physician By Nancy Kinnally

acy Labuda, 28, was a little apprehensive when a change in her insurance required her to find a new obstetrician, especially since the one she found, Dr. Manny Herrera, was fresh out of residency and just establishing a new practice. But the mother of two girls, who is now expecting her third, couldn’t be happier with the way things turned out. “He’s been nothing but amazing,” Labuda said. “I actually referred a co-worker who just had her baby the other day, and she’s also had a wonderful experience. My prenatal visits have been very personable. If I ever have a problem I can call him directly. He’s everything I ever wanted in a physician, plus.” Her review would come as no surprise to the man responsible for Herrera’s residency training.

“He’s mature. He’s decisive, he’s knowledgeable, but the biggest thing is that he goes above and beyond what’s asked of him,” said Dr. Amanpreet Bhullar, director of the Obstetrics &amp; Gynecology Residency Program at Orlando Health. Herrera served as the program’s chief resident in 2010, earning an award for best surgical skills from AAGL, a national society of gynecologic and laparoscopic surgeons. Bhullar places Herrera among the top 10 physicians to pass through the residency program in the 12 years he’s been associated with it, stressing his focus on making sure to leave no loose ends. “He doesn’t just do his part,” Bhullar said. “You know everything that has to do with that patient will be taken care of by the time he’s through.”

she showed her dermatologist. The physician said she could do a biopsy, but then she learned that Powell was leaving on a vacation that involved swimming, and she worried about possible infection, so she advised her just to keep an eye on it and stop by in six months. After only four months, Powell had it biopsied. Verdict: malignant melanoma. “I was kind of in shock for a minute there,” she said. “But the dermatologist was very reassuring,” Powell said. “She said it was all in situ – nothing was deep yet.” That was important. Melanoma eventually spreads, invading other parts of the body … such as the brain. “Of course, that’s where my mind went immediately when they said melanoma: ‘I’ve got brain cancer!’” After Powell went to a different dermatologist to have the lesion reKatie Powell moved, the pathology report brought good news: “The fact that I had clear margins means that I’m cured, that it hadn’t broken the basal membrane. But had it gone a little bit longer….” These days Powell is getting regular full-body checkups. She is obsessive about sunscreen. And she’s rethinking which specialty she’ll choose. “If you had asked me six months ago, I would have said maybe emergency medicine – but not pediatrics or dermatology,” she said. “I still think derm’s kind of boring, but I have much more interest in it.” ‘The pain’s getting worse’ If you’re a class clown, don’t develop appendicitis on April Fool’s Day. That’s what Souhail Karram (Class of 2013) did this year. And he had to work incredibly hard to get people to believe him. At times, even he doubted his self-diagnosis. But he kept remembering something Dr. John Giannini had mentioned in class that semester: “If you have appendicitis, you just can’t get comfortable.” Karram had noticed a diffuse abdominal pain after a small-group session at 10 a.m. He went Souhail Karram home and lay down. Felt lousy. Couldn’t throw up. Couldn’t go to the bathroom. “I’m lying in my bed turning, turning,” he said. “Can’t get comfortable. And the pain’s getting worse.”

“The students are getting a lot of knowledge right now, but they don’t have the experience to go with it. That’s part of why medical education takes a long time. Knowing what’s important and what is not takes a little while to learn. ‘Is this something to be alarmed about?’” – Dr. John Giannini

First-year med student Keniel Pierre was only kidding. Often, hypochondriasis is not a joke.

By about 2 p.m., the pain was migrating to his lower right abdomen – and had gotten so intense that his fiancée drove him to the hospital. “They triaged me forever!” Karram said. “I think they thought, ‘This guy says he has appendicitis. He probably doesn’t know what he’s talking about. Let’s take every other case first.’”

Right about that time, the pain actually died down. “I’m thinking, ‘Oh, gosh, medical student syndrome! What if I get in there and it’s nothing?’ I’m thinking about wasting all of this money on CT scans and all this other stuff. I even thought about leaving.” But he didn’t. Around 5 p.m. he saw the nurse and doctor. A CT scan came back positive. He was in surgery by 9 p.m. So ended the longest April Fool’s Day of his life.

In May, while we were researching medical student syndrome, yet another student appendix misbehaved. We asked then-first-year student Ryan Williamson whether this syndrome had reared its head in his case. “I think I was my biggest doubter, but mostly because I didn’t believe I had the intellectual toolkit yet to diagnose anything.

“I believe if I tried hard enough, I could convince myself that I have nearly any disorder shy of polycystic ovaries or uterine prolapse, but I’m thankful I was proactive about this, as were the physicians treating me. “An important lesson I learned involved paying attention to my body and being honest with myself about

what could, and could not, be happening inside me. Had this waited much longer, I could have had a ruptured appendix and a much more serious condition to deal with if I chalked it up to being a hypochondriac first-year med student with ‘nothing really wrong with me.’”

The summer 2011 issue of FSU MED for aspiring medical students, alumni, medical educators and friends and supporters of the Florida State University College of Medicine. 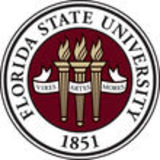