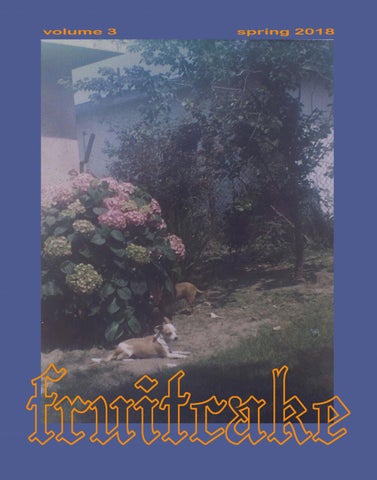 _Editor’s Note_ According to pets.webmd.org/dogs/ how-to-calculate-your-dogs-age, Fruitcake is about 28 years old in dog years. We are glad we have managed to be around for this long. A milestone, although small, is a milestone nonetheless. For instance, the first dog to go to space was a stray dog found on the streets of Moscow and named Laika. Laika was selected by the Soviet Space Program to be launched into space strapped within Sputnik 2 on November 3rd, 1957. Unfortunately, Laika passed away 6 or 7 hours into the flight from stress and overheating. She is commemorated as the first animal to orbit the earth. This year, all four founding members of Fruitcake will be graduating. In a sense they are being ejected into space as well, away from the university, but instead of bursting into flames, they will leave with debt and without further access to university resources. Nonetheless, Fruitcake will be left in good hands. Anyway, if you are feeling lost, here are some directions:

Fruitcake is a submission-based comic and humorous fiction magazine at UCSC, dedicated to providing a community and publication for folks to express their diverse thoughts and experiences through the comic format. We believe comics are an accessible format that don’t necessarily have to be ‘good’ in order for them to be impactful. We believe that often, a prioritization of ‘merit’ within art production can be violent and counterintuitive to attempts of strengthening community and to having honest dialogue. We encourage people to get inspired and to continue to submit! ACAB.

I am a practical person, and all I want is enough cheese puffs, to fill my studio apartment. Swimming, marinating, drowning in cheesy, puffy, magic. The space is 1,490 square feet. An average puff is 2.5 inches long by half an inch wide. 120 airy, crunchy, pieces of goodness fit within one square foot. To fill an entire square foot would take 178,800 puffs. The studio is 7 feet tall, so multiply, coming to 1,251,600 orange pellets needed. Does it work within a budget? A typical 8oz. Cheeto puff bag, contains, an average of 243 pellets. Divide this by the total number needed comes to 5,151 bags. The price of an 8oz bag is $2.95, times the total number of bags needed, drum roll, grand total: $16,410.09 plus tax. Rafael Solorzano

- a think piece on racial displacement and dispossession in Shrek -

by Amy Nagle In the small living room of my home, as my roommates and I gather for a semi-monthly viewing of Shrek, I watch as Donkey and Shrek materialize in the forefront of my mind as anti-displacement activists. I listen as they speak on the gentrification of Lord Farquaad’s kingdom, highlighting issues about housing shortages, displacement, and the exodus of fairytale Others to the swamp. Technologies that displace and repress fairytale Others in the Kingdom of Far Far Away are used by Lord Farquaad as a part of an expanding culture of gentrification. Imperial technologies of repression, regulation, and racial displacement and dispossession, produce subjects and landscapes to be sacrificed, even while other forms of political subjecthood rise up from below. Invoking Foucault’s theory of heterotopias, I name the heterotopia that contains the Othered bodies (read: Fairytale subjects) to inform understandings of spatial ordering of racialized and gendered subjects living in the kingdom. Here, I will demonstrate the spatio-racial ways that gentrification is key to the construction of landscape as a neoliberal fantasy in which the neoliberal apparatus (read: Lord Farquaad’s Kingdom) projects, targets, and produces, gendered and racialized bodies as objects of displacement. The conditions that create this displacement work as a heterotopia to make the Far Far Away a utopian space for the normative national body. Thereby making the swamp a heterotopia that works to make certain bodies containable/locatable. I conclude that if the Lord Farquaad’s kingdom forces fairytale Others to live within contained landscapes that exist in part because of the conditions capitalism and colonialism creates, then fairytale others in Lord Farquaad’s Kingdom, who are made more vulnerable to violence, live in a place of constant contradiction--a heterotopia. This piece will explore the dynamics of displacement through activists (i.e. Shrek and Donkey) reframing and resisting gentrification. In theorizing the thematic use of gentrification in Shrek, Foucault’s notion of heterotopias help us consider the ways in which the swamp gets marked as unregulated, as deviant, as Othered. In his essay, “Of Other Spaces: Utopias and Heterotopias,” Foucault suggests that heterotopias are the spaces of Otherness that work to contain undesirable bodies to make a real utopian space possible. The dialectical nature of heterotopias render these spaces as subversive to the dominant culture. By doing so, the dominant culture is “represented, contested, and inverted”.[1] The heterotopia that contains the non-normative subjects (read: the fairytale Others), then, are made to manage these people in line with normative national body. The integration of Far Far Away’s expansion of colonial and transnational power and concurrent displacements of fairytale subjects produced a social imagining of both the Kingdom and the swamp that could be attributed to neoliberal restructuring of the nation-state. In part because the social

construction of landscape is fundamentally a technology of disciplining, managing, and displacing racialized population within neoliberal capitalism as well as a racialized mode of governmentality for the state’s apparatus, I argue that gentrification in the film is inhered to the exceptionalist discourse of Far Far Away frameworks of nationhood and sovereignty, both of which are employed to police fairytale subjects. In other words, under the logics of displacement, these denationalized subjects are consistently rendered contradictory and incompatible: the state both requires these Others as subjects to be deemed non-national while also seeing them as additive to the state. Fairytale Others are situated as both being excluded and included within the nation, thus relegated to a heterotopic space of impossibility. Where inside the walls of the Lord Farquaad’s kingdom would be the utopian vision, they are seen as additive “appropriate citizens” to the nation while also being necessary to these utopian sites of neoliberal success. This becomes especially apparent when the state uses their non-normative behaviors (for example, Donkey’s ability to speak) as justification for their removal. For Lord Farquaad, gentrification is positioned as a panacea to the kingdom’s threats (read: fairytale folks), that works to constantly reimagine the state and define its boundaries against the backdrop of the Other. What’s more, Foucault writes, “heterotopia is capable of juxtaposing in a single real place several spaces, several sites that are themselves incompatible”.[2] The impossibility inherent in these fairytale subjects can also become a place of possibility: where fairytale subjects’ new mobility challenges both the existing relations between the national body and the state’s imagining of landscape. The social imagining of landscape is constructed as a part of Far Far Away-life where Far Far Away-life is defined as a human family. By doing so, the state politicizes which bodies are granted visibility under Lord Farquaad’s regime—the normative national body—and in doing so, the state points to the naturalization of how fairytale bodies are made invisible. Displacement, then, is racialized as it politicizes human bodies but renders fairytale subjects as both a threat and a body that is not worth protecting. What’s more, the futurity of the nation depends on imperial logics that construct landscape as remote. This is most evident in the scene where Shrek returns to his swamp and finds the state has effectively relocated every fairytale animal to live in his one bedroom cottage based on the swamp’s supposed “emptiness”. Is shrek really an activist if the only reason he went to get Fiona was to remove the displaced subjects from his swamp? [1] Foucault, Michel. “Of Other Spaces: Utopias and Heterotopias.” Architecture/ Mouvement/ Continuite. Trans. Jay Miskowiec. (March 1967): 3. [2] Foucault, “Of Other Spaces”, 6.

He lay there, like a pile of yarn, the Quilt Club came, attempting to help, but they couldn’t knit one, purl two, poor ol’ Billy Brown, back to together again.

I dreamt I was a flamingo,

and a man came up to me with some string in his hands and said, “Look, it’s a cat’s cradle.”

and the cat said, “But doctor, I am Pagliacci!” I was so disturbed, I woke up and called my doctor. “You’re appointment will be yesterday,” came the voice on the other end of the line…

Then I realized my phone was a shoe, and everything in my house had been replaced with oversized iguanas

I woke up for a second time. Looking down I saw my bed was a pickle, greatly sighed a great sigh of great relief, then went back to sleep. Weston Gray

(I’ve always been really afraid of myself )

(i never want to go there)

Thank You to loving friends and community, Cameron De La Torre for designing the front and back cover, Eric from @plantsandchairs for helping with our merch, Fricke-Parkes for being our trusty publishers, and thank you to Susan Watrous for keeping us humble. And finally, thank you to Jake, for stealing two (2) pieces of pizza for us while we were editing. to our sponsors: Kresge Parliament, Porter Senate, Crown Senate, Cowell College, Rachel Carson College, Student Media Council, and to the ppl that bought our merch nd cookies (extra thanks for the support). 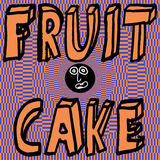