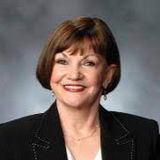 Freda Deskin is an award-winning educator more than 4 decades of experience as a veteran teacher in rural, suburban and inner-city schools throughout Oklahoma. Freda Deskin taught at the University of Oklahoma College of Education where she was honored with the Career Achievement Award. She was the founding dean of STEM education at Oklahoma City University before founding ASTEC Charter School in 2000. Freda Deskin has served as the schools’ superintendent and CEO. ASTEC is an inner-city public school in Oklahoma City. The state’s first start-up school serves a highly diverse student body with a 97% poverty rate. Out of necessity, Deskin began working when she was 13 years-old and continued working while earning three degrees and additional post-doctoral studies. She was recognized as a “Distinguished Scholar” as an undergraduate and as a National Collegiate Scholastic All-American Scholar as a graduate student.