Aulnay-sous-Bois a commune in the Seine-Saint-Denis department in the Île-de-France region in the north-eastern suburbs of Paris, France. In May 1973 the first Citroën DS had emerged from the production line at Citroën's new plant at Aulnay.On 12 July 2012 PSA Peugeot Citroën announced that it will permanently close the Aulnay-sous-Bois plant due to overcapacity. Aulnay-sous-Bois was one of the banlieue affected by the Paris Riots in 2005. Continuing the ideas and concepts of the »Japanese Lesson« and especially the focus on questions of »political landscape« Katja Stuke and Oliver Sieber worked in several locations in Paris, like Aulnay-sous-Bois, Aubervillier, Colobes, St. Ouen or during the Gillet Jaunes protests in the center of Paris. 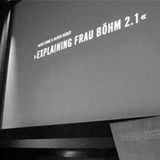