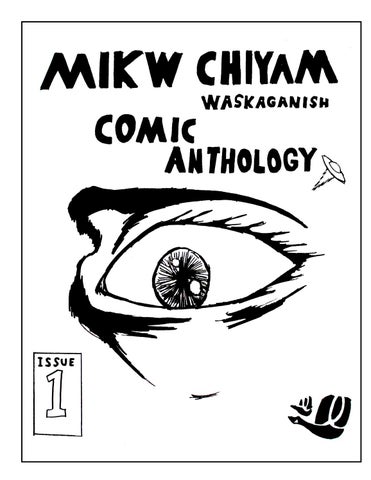 Welcome! This comic anthology was created by the cycle one and cycle two Mikw Chiyam students in 2019 during artist and writer Francine Cunninghamâ&amp;#x20AC;&amp;#x2122;s arts concentration residency in Waskaganish, Quebec.

In year 2027, a mission to go send the first humans to mars was made.

They successfully landed whilst millions of people were watching live, celebrating.

After landing, a base was built and scientific research was conducted, helping future voyages to Mars.

Soon, other Nations on earth started their own projects to go to Mars.

After a few decades, Mars was populated and territories were being claimed.

But in the process of claiming territories, conflicts and wars were happening

The people on Mars and Earth saw each other as enemies.

The Little Siren by Junelle Moar

Made with youth in the Mikw Chiyam program in Waskaganish