The Miracle Workers Collective present their inaugural project, A Greater Miracle of Perception, for the Finnish Alvar Aalto Pavilion at the 58th International Art Exhibition – La Biennale di Venezia. Miracles and miracle-making are manifestations of the impossible – not because the impossible is impossible, but because the impossible is thought of as such by those that exist in, or accept the normalcy of, that which is framed as the possible. Beyond these lines, one can understand the greater miracle of perception as braving what has been normalised, as challenging the frames of perception and the rationale of knowing. It requires a teleological suspension and epistemic disobedience to entail reparation of the bonds between our cognition and the plurality of knowledges and literacies through which they manifest. The Miracle Workers Collective (MWC) is formed and informed by a transdisciplinary and anational community, sharing and developing an ecology of practices within the framework of the 58th International Art Exhibition – La Biennale di Venezia. The MWC’s proposition underlines a critical engagement with collectivity and practices that articulate notions of the miracle as poetic vehicles from which to expand what can be perceived, experienced, done, and imagined. Drawing upon Nigerian playwright and poet Esiaba Irobi’s reflections on the miracle as “a trope of spiritual and political resistance” and as “an act of community”, the collective’s approach connotes a disciplinary disobedience to emphasise the constant questioning of perception as a political act.

The MWC is organised through the analogy of a living organism. The Finnish Pavilion features a site-specific installation by Outi Pieski that enunciates the complex internationalist dimension concerning the Sámi people’s collective struggle against enclosures, and a series of collective films by Maryan Abdulkarim, Khadar Ahmed, Hassan Blasim, Sonya Lindfors, Leena Pukki, Martta Tuomaala, Christopher L. Thomas, and Suvi West, that dive into the miraculous to explore its experiential poetics. Carried by water, these collective narratives fight against the ideological subordination of the miraculous and the extraordinary, proposing a dignified status for nature and people based on reciprocity and respect. The exhibition includes a modular set by Lorenzo Sandoval that functions as a place for osmosis and encounters. It expands through a publication and a series of iterations conceived as interdependent parallel readings taking place in Berlin, Venice, Kárášjohka, and Helsinki during 2019. Broadening the notion of collectivity, these expansions present diverse practices where notions of transmutation, divination, and healing become processes of rematriation, restoration, and joy.

The Killing of Čáhcerávga, 2019. A collective film by Maryan Abdulkarim, Khadar Ahmed, Hassan Blasim, Sonya Lindfors, Leena Pukki, Martta Tuomaala, Christopher L. Thomas, and Suvi West HD Video Single Channel, Stereo, 31 min. The universe of the Miracle Workers Collective shifts, cuts and jumps across space-time and exists across numerous weather systems, landscapes, and spiritual realms simultaneously. The Killing of Čáhcerávga – their collective film work – is a collision of five different short films that tell a disjointed, communal narrative employing a call-andresponse strategy to express a politicised dialogue around indigeneity, movement and migration in contemporary Europe. The collective – a group of cultural workers employing practices in literature, filmmaking, art, curating, choreography, and music – share an interest in exploring the potentiality in disciplinary disobedience. Miracle work, within the age of global capitalism, may well just refer to social processes that defy the logic of individualism, product-obsession, and colonial dynamics of exploitation as an inevitable underbelly of profitability. In this way, The Killing of Čáhcerávga is the result of the collective’s attempt at instrumentalising the cinematic as a method for producing impossibility and miraculousness. The work kidnaps the usual linearity of the commercial filmmaking process, appropriating it into a strategy for communal-thinking and social life that lies beyond the possibility of the art object. For social life, of course, transcends any resolved, specialised aesthetic. In this vein, the miracle here lies in the refusal of film production’s visual hierarchies; where the director, cinematographer, art director, editor, actors and writers might usually specialise in their respective expert area, and are allowed only to respond to their own crises. These hierarchies amplify the voices and visions of a directorial elite, at the cost of the whispers and conversations hidden in the production-underworlds.

This might suggest that the work sits precisely in this underworld, circulating its own form of de-specialised chaos, evident, in one way, through its unholy, simultaneous uses of performance art, theatre and literature all at once. This resistance to a singular aesthetic response goes beyond the work’s disciplinary transgressions. Travelling through dreamscapes, lonely snowy plains, absurdist capitalist underwaters, greenhouse gardens and desert landscapes, the film stretches into a practice of impossible spatial rules, strange dialogue practices, and inconclusive, unresolved scenic endings.

Outi Pieski, Ovdavázzit – Forewalkers, 2019. Wood, reindeer horn, metal, lace, reindeer moss, peat. Variable dimensions. Outi Pieski is a Sámi visual artist based in Ohcejohka (Utsjoki) and Numminen. Her paintings and installations deal with the Arctic region and the interdependency of nature and culture. Her work combines the Sámi handicraft tradition of duodji with contemporary art to open conversations about Sámi people within transnational discourses. Ovdavázzit – Forewalkers is Outi Pieski’s response for the Pavilion of Finland. This site-specific installation draws from Pieski’s collective praxis and recent collaborations, including the projects Rájácummá – Kiss from the Border (2017–2018) and The Moratorium Office (2018) developed with Sámi artists and activists Jenni Laiti and Niillas Holmberg. Through these works, they address forms of self-governance that abide to the Sámi philosophy of ‘agreeable life’, soabalaš eallin, that points to a life in harmony and accordance with the earth. Pieski’s long term research project Máttaráhku ládjogahpir – Foremother’s Horn Hat (2018– ongoing), developed in collaboration with archeologist Eeva-Kristiina Harlin, also informs this installation. Pieski and Harlin inquire into the knowledges of the foremothers by investigating the ládjogahpir, a horn hat worn by Sámi women until the end of 19th century, through practices of revitalisation, rematriation and actualisation of the larger biocultural reality of the Sámi. Through Ovdavázzit – Forewalkers, the artist addresses the public dimension of walking as a demythologization of borders. It enunciates the complex transnationalist dimension concerning the Sámi’s collective struggle for self-determining the use and care of lands and waterways in which they dwell, against the contentions and exclusions operated through nationalist and exploitative corporativist dynamics. It signals how life and mobility are based in a sustainable co-existence with the needs of the region. Alluding to the visible and invisible borders that affect Sápmi, a cultural region divided by four countries – Finland, Sweden, Norway, and Russia, the work brings to the fore questions such as, who has taken the rights to inflict borders and govern inside them?, and, in a time of global mobility crisis, who can walk through? Following the holistic understanding of duodji, which is not merely a handicraft tradition but a

technology of community belonging that encodes knowledges of nature and culture, the walking sticks that compose Ovdavázzit – Forewalkers inscribe collective and personal narratives and heritages through carved marks, forms of the handles, and reindeer horn incrustations. Five walking sticks have been commissioned by Pieski from the Sámi duojárs (artisans) Denis Barudkin, Per-Stefan Idivuoma, Nils-Johan Labba and Olavi Sakari Saijets, who live across the Sápmi region (Russia, Sweden and Norway respectively). As well, the installation brings different traces of the arctic tundra through the series of “dancing” birch trees and reindeer lichen – one of the main food sources for reindeers. The blocks of peat hint towards the peatland ecosystems as biodiversity archives, which are drained through heavy extraction as energetic sources, or as the lichens put in peril by intensive forestry, mining and agriculture. Along this constellation, the flow of walking sticks traverse the boundaries of the pavilion serving as a compass or possibility for marking trajectories to guide the Sámi and all those whose territories have been intercepted, contained, and handicapped by the geography and politics of nation-states. Addressing wider, transnational collective struggles for self-determination that seek equal status for nature and people based on reciprocity, respect and dignity. In Ovdavázzit – Forewalkers, Pieski also pays homage to the Sámi ancestors, those who wandered before her and are thus her forewalkers, and whose legacy is alive in Sámi culture today. Arctic peoples have thrived in a harsh environment for millennia, in no small part because they have acquired in-depth knowledges concerning the land and waters of their homelands and the species that live there, which provide food, clothing and meaning to Arctic cultures. These traditional ecological knowledges are increasingly recognized as important epistemological sources for, among other things, understanding Arctic biodiversity and developing effective strategies to conserve that biodiversity, including indigenous ways of life.

Lorenzo Sandoval, Movable Membrane, 2019. Wood and metal. Variable dimensions. Movable Membrane by Lorenzo Sandoval is a modular set inspired by an element developed by architects Aino Marsio-Aalto (1894–1949) and Alvar Aalto (1898–1976) as one of their iconic signatures: the curved surface. The form functions as a deconstruction and a re-engagement of their work. It rethinks the role of architecture in the construction of the welfare state – which at times has been presented metaphorically as a miracle itself, made only viable with the exploitation of the colonial infrastructure and a situation of privilege. The set works as a composable membrane: it is a place for osmosis and a threshold where the transaction of knowledge is facilitated. 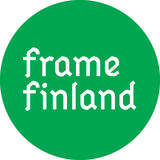 Exhibition info: A Greater Miracle of Perception – Pavilion of Finland at the 2019 Venice Biennale

Exhibition info: A Greater Miracle of Perception – Pavilion of Finland at the 2019 Venice Biennale