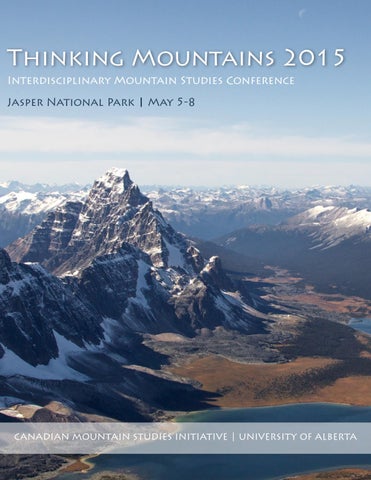 A MULTI-MEDIA, GROUP ART EXHIBIT featuring members of the Jasper Artists Guild and Guest Artist, VIET TIEU The Jasper Artists Guild (JAG) is home to a diverse group of artists and is well known for its lively exhibitions throughout the year. With plans afoot to relocate to a permanent gallery space in the Jasper Library and Cultural Centre, JAG is actively engaged in exposing its quality fine art collections by emerging, mid-career and senior artists at different local venues. JAG is extremely pleased to offer an on-site, multi-media display of artwork at the Thinking Mountains 2015 mountain studies conference here at the Sawridge Inn (May 5 – 8). JAG views this conference as a unique and beneficial opportunity to build exposure and associate with recognized experts in many different fields of mountain studies.

JAG has created a regionally focused, mountain themed, multi-media display called &quot;Edith To Everest&quot; featuring a local guest artist, Viet Tieu, who has recently returned from a photographic trek to Everest base camp. Participating members of the Jasper Artists Guild will support and complement Tieu with original expressions of the local area. All works are for sale. Be sure to drop by Boardroom # 4 and view our inventive creations. Ask to speak with our informed gallery representatives and see how local artists think mountains all the way from &quot;Edith To Everest&quot;.

Tuesday, May 5 OPENING ADDRESS AND KEYNOTE

On Tuesday evening, John Geiger, author and CEO of the Royal Canadian Geographical Society, will introduce the Conference to two of his passions: the geography of Canada and the human mind. The Royal Canadian Geographical Society is dedicated to promoting and enhancing public awareness for Canadian geography, and to strengthening the bond between Canadians and their diverse and vast geographical heritage. As one of Canada’s oldest and largest educational, non-profit organizations, the RCGS, and its iconic publication, Canadian Geographic, has been Canada’s most recognized voice for connecting Canadians with the land, culture, and environment in which they live. Extending our current knowledge of Canada’s geography through exploration and scientific expeditions, the RCGS has funded some major expeditions across the country, including Mount Logan 1992 and the Victoria Strait Expedition in 2014 that finally located HMS Erebus. The Third Man Factor is an extraordinary account of how people at the very edge of death often sense an unseen presence beside them who encourages them to make one final effort to survive. This incorporeal being offers a feeling of hope, protection, and guidance, and leaves the person convinced he or she is not alone. There is a name for this phenomenon: it’s called the ‘Third Man Factor’. If only a handful of people had ever encountered the Third Man, it might be dismissed as an unusual delusion shared by a few overstressed minds. But over the years, the experience has occurred again and again, from 9/11 survivors, to mountaineers, divers, polar explorers, prisoners of war, sailors, shipwreck survivors, aviators, and astronauts. All have escaped traumatic events only to tell strikingly similar stories of having sensed the close presence of a helper or guardian. The force has been explained as everything from hallucination to divine intervention. Recent neurological research suggests an organic basis for the phenomenon.

Pat Thomsen “Managing National Parks in a Modern World” With opening remarks by Elizabeth Halpenny, University of Alberta; Mayor Richard Ireland, Municipality of Jasper; and Superintendent Greg Fenton, Jasper National Park Chief Paul Ballroom, Sawridge Inn 8:30 – 9:45am Pat Thomsen is the Executive Director Mountain National Parks, for Parks Canada. She is the sixth individual to fill this position, and has been with Parks Canada long enough to have known and worked with the five former occupants of the position since it was created in the mid 1990s. Pat has a 25 year career as a human resources professional working in the post-secondary and federal public service contexts. Since joining the Parks Canada team in 2001, she progressed through various roles until becoming the Chief Human Resources Officer for the Agency in 2009. She spent five challenging and rewarding years in that role, and, with the responsibility and privilege of serving on the 8 member Executive Management Committee for Parks Canada, she gained a rich appreciation and understanding of the corporate vision and direction of the Parks Canada Agency. When offered the opportunity to return to the west, as it is home, to assume the role of Executive Director in the fall of 2013, Pat was both excited to accept the opportunity, and well prepared to face the challenges. Pat has a Bachelor in Biblical Studies and is a Certified Human Resources Professional (CHRP - retired). In 2012, she was awarded the Michelle C. Comeau Head of Human Resources award, which is the highest honour available to an HR professional in the federal public service. That same year she was also a recipient of the Queen Elizabeth II Jubilee Medal for service to Canadians, and to her profession. She is regarded as a strategic leader, with critical thinking skills that well qualify her for her current role. “Since Canada&#39;s first national park was created more than a century ago, the world, and park use, has changed profoundly. During this presentation, you&#39;ll hear about Parks Canada’s mandate and vision for the future, learn about the work that has made us leaders in conservation, and come to understand the challenges we face and the and successes we&#39;ve had, in helping to connect Canadians to nature through our national parks.”

As part of the 2015 Interdisciplinary Mountain Studies Conference

Jeffrey Kavanaugh “The Times They Are AChangin’: Glaciers in Our Modern World” With opening remarks by Craig Steinback, University of Alberta Chief Paul Ballroom, Sawridge Inn 9:00 – 9:45am

Jeffrey Kavanaugh is an Associate Professor in the Department of Earth and Atmospheric Sciences at the University of Alberta. His research focuses on the dynamics of glaciers and ice sheets, their response to climate change, and their impact on the landscape, and has taken him to glaciers in Yukon, British Columbia, Alaska, the Canadian High Arctic, and Antarctica. From 2012 through 2014 he was Director of the Juneau Icefield Research Program, a long-running educational and scientific program that takes students on an eight-week trek across the Juneau Icefield from Juneau, Alaska, to Atlin, British Columbia, and is currently the program’s Academic and Research Director. “Over the past several decades, the majority of world’s glaciers worldwide have lost mass due to warming of the climate system. Because of the varied and important roles glaciers play in their local environments, glacier wastage will result in significant changes downstream. In this talk, I will discuss recent glacial change, highlight some of the ecosystem services glaciers provide, and examine the implications of glacier change on Yukon’s ability to generate hydroelectric power.”

As part of the 2015 Interdisciplinary Mountain Studies Conference

H.V. Nelles “Seeing and Not Seeing Mountains” With opening remarks by Liza Piper, University of Alberta Chief Paul Ballroom, Sawridge Inn 8:30 – 9:45am H.V. (Viv) Nelles is the L.R. Wilson Professor of Canadian History at McMaster University, Hamilton, Canada, and a Distinguished Research Professor Emeritus, York University. He is the author or coauthor of ten books that have been published in both of Canada’s official languages. His most recent book, Wilderness and Waterpower, appeared in 2013. He was awarded the Sir John A. Macdonald Prize of the Canadian Historical Association for the best book in Canadian History, once in 1986 for Monopoly’s Moment, in 2000 for The Art of Nation-Building, and was shortlisted again in 2010. He is the only person in the more than 40-year history of the Macdonald Prize to have won it twice. In 1985, he was elected a Fellow of the Royal Society of Canada. He received the J.B. Tyrrell Medal for Historical Studies from the Royal Society of Canada in 2006. From 1988 to 1992, H.V. Nelles chaired the Ontario Council on University Affairs. In 2000, he was elected as an overseas Fellow of Churchill College, Cambridge University. He has been a member of the editorial board of the Business History Review since 1982. He was for many years the editor of the Canadian Social History Series at the University of Toronto Press, and is a past editor of the Canadian Historical Review (1988-1992). “What emotions do we feel looking at mountains? When do we see them? When do we not see them? How have our perceptions of and projections upon mountains changed over time? I hope to answer these and other questions influenced by of two books, Mountain Gloom and Mountain Glory, a 1959 monograph by a Columbia University English professor, Marjorie Hope Nicholson, and The Canadian Rockies: Early Travels and Explorations published in 1969 by the Edmonton teacher, broadcaster and biographer, Esther Fraser. Nicholson&#39;s cultural history of mountains in English literature showed, as her title suggested, how mountain aesthetics changed from gloom to glory in the late eighteenth century. Fraser&#39;s book introduced me to the remarkable cast of characters precursors of the modern day tourists - who ranged up and down and across the Rocky Mountains in the long nineteenth century and lived to write about it. In this paper, I will try to put these two books together taking note of changing perceptions of physical space in the literature of Canadian Mountain exploration and travel. In the process, I hope to add another dimension to Nicholson&#39;s dualist gloom and glory analysis of looking at mountains by contrasting the observations of those traversing through the mountains with those who lived among them.”

Frank Smythe - the Rockies revisited MOUNTAINEER, AUTHOR, PHOTOGRAPHER, BOTANIST, LOVAT SCOUT Frank Smythe brought mountaineering to the masses in the 1930s and 1940s with his popular books, photographs and articles. Famous for his Himalayan expeditions, he also explored, climbed, photographed and wrote about the Canadian Rockies, frequently based in Jasper. This exhibition looks at his adventures then and his continuing relevance today.

Under the Holy Lake: A Memoir of Eastern Bhutan Ken Haigh

Thanks the following partners and sponsors for their generous support of 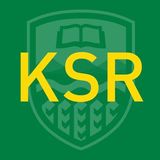 Faculty of Kinesiology, Sport, and Recreation