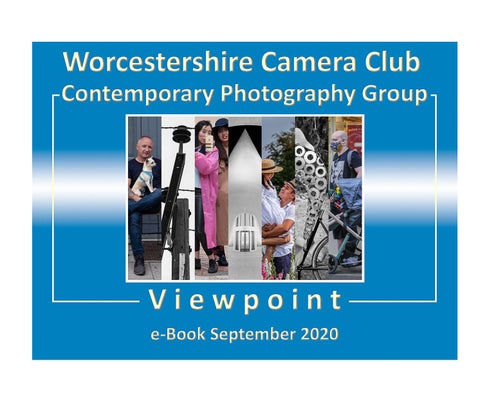 In these times of social distancing I wondered how visits would be organised apart from having to book a 2 hour time slot on line! The field was a new one – obviously set and arranged with ‘the new normal’ in mind – plenty of space between the different flowers and wide paths. The website had warned that the delphiniums would be shorter than in previous years - they certainly were – barely coming up to one’s knees! The flowers were still colourful but definitely not as photogenic! A new innovation were sunflowers - a great attraction to all visitors, both human and insect! The cornflowers were as lovely as ever. It was good to see so many people enjoying the sunny afternoon mostly photographing friends and family amongst the flowers – for me these made the most interesting images!

I have been trawling through my hard drives with the idea of reprocessing some old files in order to possibly produce a Blurb Photography Book with the rather uninventive title of ' Black & white Imagesâ&#x20AC;&#x2122;. Here is a small selection from the 300 or so I have processed so far.

James B-Woodend 06 In the Light

James B-Woodend 07 Living under a Motorway

James B-Woodend 11 Proud to be Russian

These images are from a visit to Tuscany some years ago. The initial prompt came from an exhibition of Anthony Gormley statues in Florence. No mean achievement for a British sculptor noted for his distinctly modern conceptual style in perhaps the city for Renaissance art. The only link between the images is people. How people react to their surroundings and art around them is a perennial theme for me.

Being confined to the home under the lockdown has limited and challenged my creative photography. At the beginning I could walk along the river bank, but this has stopped because there is now a fairly big herd of cows grazing next door! So now I walk along a track through the fields near my property. I call this walk ‘Over the Hills and Faraway’. With limited alternative places to photograph, I decided to do a series called ’Same Walk, Different Camera and/or Lens’ and I therefore hoped that I would capture different images. I have done a few sessions with different cameras and different lenses so far. This group of photographs were taken with my Canon 5D Mk IV and my 100 - 400mm lens and were taken before I went into complete lockdown in preparation for my recent eye operation.

Cubans are proud people who have endured much hardship over the decades but they, especially Cuban males, have developed a way of managing these with a passion for the arts, particularly music, and vintage American automobiles. This set of images highlights the Pride and the Passion of Cuban life and focuses on the daily lives of Cuban men who, it could be said, are financially poor but emotionally rich.

4_Salsa on the Steps

Skip This One If You Want

My daughter had work done on her house, hired a skip to take away what the builders left and a general clearout in the house is now underway. The inspiration for this set was the skip itself and what has so far gone into it. “Davy Jones’ Locker” emerged quite by chance when editing a picture of some polythene sheeting in the skip. I saw what looked like a sailor with a naval cap, never in the original image, and continued to edit to make it look as if it was an undersea picture based on the legend. No additional components were introduced. I can’t replicate the workflow but I know that blend modes played a large part.

As I walked around the ruins of the 11thC church, three words sprang to mind: redundant, neglected, fragmented. There was an air of decay and abandonment in the churchyard there. Ancient gravestones lay broken, one almost buried under the rough turf. A cross lay broken and was left lying where it fell. Some were stacked against a Yew tree. Although most had lost their inscriptions, one from the late 19thC remembered three children from one family who died in infancy. Memories slowly fade away; nature reclaims and transmutes it all.

Despite the prevalence of mobile phones, there are still occasions when we talk to each other face-to-face. These conversations often have a significant emotional content, which is hard to emulate using emoticons.

As a bloke, I don’t tend to throw items of clothing away. I keep wearing them until they become threadbare and full of holes, even then I‘m reluctant to part with items which have become familiar old friends. Looking around the house, in my workshop and the garden shed, I began to realise just how many pairs of gloves I’ve accumulated. Some are well-used and getting beyond their prime, some of the plastic ones are helpful as protection from chemicals whilst others are more presentable, offering warmth on cold days. However, a few are short-lived and intentionally ‘disposable’; even then, they hang around for a bit. Here are some of my ‘old friends’, each in their element! Many of them will be with me for a while yet!

The Coronavirus Pandemic is definitely a dark space and any ray of light is much appreciated. I am using dark conditions to build light structures. This allows me to travel with flights of fancy ... to imagine a Universe where delicate light can become the strength of a society. I discover light rays holding together and through the camera forming a reality of depths and distances.

A week in North Wales

These are my favourite 11 images from a recent week in Portmeiron, along with some days out. Portmeirion is a tourist village in Gwynedd, North Wales, overlooking the Dwyryd Estuary. Built in the style of an Italian village, it is well known for its idiosyncratic architecture. Small gardens, fountains and statues abound and hydreangeas flourish. It was designed and built by Sir Clough Williams-Ellis between 1925 and 1975 and became famous as the backdrop for the series ’The Prisoner’. The reopening of tourist areas in Wales gave us the opportunity for a last-minute week at the hotel. Days out to Barmouth, Aberystwyth and South Stack in Anglesey provided glimpses of the beach and we experienced the High Street of Aberystwyth during the Covid era. We saw a Covid Safe Dragon among the generic chains of the High Street and noted the fondness for dogs and the stoicism of British beach-goers, always wedded to their mobile phones and remaining in their family ‘bubbles’. We enjoyed the beauty of the remote and timeless lighthouse at South Stack in Anglesey, facing the Irish Sea. A visit to the National Trust property Plas Newydd in glorious sunshine provided the opportunity to capture a Small Tortoiseshell butterfly on Verbena. My set ends with a long exposure sunset over the Dwyryd Estuary.

07 Charles Ashton One Man And his Dog

08 Charles Ashton The Beauty and the Covid Dragon

The Garden of Earthly Delights

Whilst enjoying a socially distanced Covid-19 walk around Spetchley Gardens the other day I thought it might be a bit of fun to try and see it through the eyes of Hieronymus Bosch. The temporary sculpture display and a few natural features helped with this. I have also included a bit of Swiftian satire in the form of a BREXIT image and a lost Portrait, which I remember taking as a ‘grab shot’ but can’t remember where.

Beach on the Isle of Rum

My photos are taken on a beach situated on the North east side of the Isle of Rum, one of the small isles off the west coast of Scotland. The beach is called Bagh Rubha Mhoil Ruaidh. It means The Bay of the Red Shingle (or stone) Headland. This is a shelving beach comprised of red, pink and grey stones of Torridonian sandstone, the oldest sedimentary rock in the UK - formed 500 million years ago. Walking up the beach from the waters edge the stones are covered with lichen with a variety of colours and hues. The images show a selection of colours and patterns found on the stones, together with an image of the beach and waterâ&#x20AC;&#x2122;s edge to show context.

Buddha, after enlightenment, delivered his first sermon in the Deer Park, Sarnath, India. There are now numerous statues erected in his honour throughout Asia. These depict different aspects of the Buddha: the meditation Buddha with his hands on his lap, the earth touching Buddha with his right hand touching the ground, the protection Buddha with his right hand raised shielding, and the reclining or Nirvana Buddha depicting the moment of his escape from samsara, the endless cycle of birth, death and rebirth.

These images started as â&#x20AC;&#x2122;real photosâ&#x20AC;&#x2122;, taken around my house and garden. For example, a pile of Pyrex dish lids and an acer in a pot; then using MirrorLab, they became abstracts. It was an adventure, I never knew where I would end up, I just stored the versions I liked and these are a selection. Many of the original images spawned several alternatives, some of which are shown here. I made choices, some good, some bad and many in between. Here are what I think are the better ones. However, itâ&#x20AC;&#x2122;s very possible that your choices would have been completely different. This is a form of art and therefore subjective.

Richard Sarginson 01 And the Water Rose

Richard Sarginson 05 The Arrow of Time is Curved

Richard Sarginson 06 A Flow of Waves

Richard Sarginson 10 Fairies Out On the Tile

Richard Sarginson 11 Is that a Smile A monthly review of contemporary photography by members of the Worcestershire Camera Club, Contemporary Photography Group.

A monthly review of contemporary photography by members of the Worcestershire Camera Club, Contemporary Photography Group.