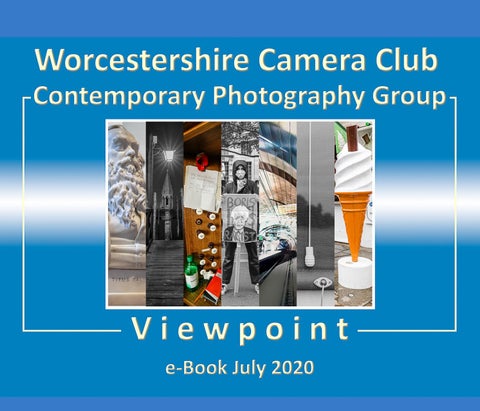 You may not have passed this way so early in the morning on a bright summer day, when the light and shade make angled patterns that break up the strict verticals and horizontals of the shops on either side, almost camouflaging the passageway with ‘dazzle’. And if you’re a pigeon, you’ve certainly found nowhere comfortable to land along here. So come before the shops are open, and take a moment to enjoy the unexpected appearance of this empty thoroughfare, no longer blanking it out in striving to get somewhere else.

The public are now again allowed to visit this Georgian building and parkland but are confined to the garden and park. The house is closed, so that the only perspective on it is from the outside looking on or in. With blinds drawn and some doors and windows blanked off it felt as if the house was engaging all too readily with current restrictions.

Early on in lockdown, on my constitutional walk, I appreciated the fresh air and empty roads. The sun was casting tree shadows as if nature was reclaiming our un-used spaces. The road was an open canvass with a pedestrian's right to walk down the middle safely, whilst appreciating the subtleties of nature winning over tarmac.

‘Lockdown’ has prevented me from getting around very much, reminding me of Duke Ellington’s song ‘Don’t get around much anymore’. These images originate from a book I made in 2018 which was about capturing the essence or spirit of animal life. Not a photo of the animal but more about the life-force or character of the creature. I began by making paper sculptures of animals and bugs, some of these became imaginary or mystical creatures but I like to think they might also have a spiritual presence. In the book I did not indicate what the sculptures represented. I left that to the imagination of the readers. It was surprising to hear the variety of interpretations

During lockdown, when I haven't been looking after my mum, I have spent a lot of time in my garden and a lot of that time in the greenhouse. I realise I am incredibly lucky to have both, and do feel that it is the ability to spend so much time outside that has kept me relatively sane. All the following images are from my greenhouse, trying to get slightly different perspectives on everyday things. The first image is to set the scene.

Saltaire is a Victorian model village built in the 1850s on the vision of Sir Titus Salt, an industrialist, philanthropist and politician. His new woollen mill stood on the River Aire and was connected to the docks at Liverpool by the Leeds & Liverpool canal that was used to ferry alpaca wool from South America to be woven into fine cloth. Salt built neat stone houses for his workers (much better than the slums of Bradford), wash-houses with tap water, bath-houses, a hospital and an institute for recreation and education, with a library, a reading room, a concert hall, billiard room, science laboratory and a gymnasium. The village had a school for the children of the workers, almshouses, allotments, a park and a boathouse. Recreational initiatives were also encouraged such as the establishment of a drum and fife band for school-age boys and a brass band. These days, the mill is no longer producing fine cloth and has been turned into a living museum and art gallery. It houses the largest collection of works by David Hockney. Saltaire is a fitting tribute to the ideal of the Victorian philanthropist and was awarded World Heritage Site status in 2001.

Over a couple of weeks during lockdown I worked through a book thatâ&#x20AC;&#x2122;s been gathering dust on my shelf: Folding Techniques for Designers - From Sheet to Form. Many sheets of plain white paper and a few hours later and I have a shoe box full of folded forms.

Karen Dewson 01 One Crease, One Break

Karen Dewson 02 More than One Crease

Do You See What I See?

Flame Fractals tend to be abstract, but exploring those produced by Jwildfire, and through half-closed eyes, some level of reality might sometimes surface. The titles reveal my imaginings, but what else is there? What can someone else see that I miss? Or do observers get caught by the titles, which thus allow me to dictate, and limit your vision?

Richard Sarginson 01 Living In Our Bubble

Richard Sarginson 03 and a Footstep Appeared

Richard Sarginson 08 A Rather Strange Bird

A Surprise in Stourbridge

On one of our recent sunny and windy days a friend took me to a really interesting churchyard in Stourbridge. It was not one of those manicured graveyards â&#x20AC;&#x201C; the grass in places was waist high and the amazing monuments were all over the place and in various states of decay! The majority originated in the Victorian era when Stourbridge was in its industrial heyday and this was reflected in the original grandeur of some of the tombs. Many had been built with the local sandstone which sadly had not withstood the weather over time and the trees that had just grown up randomly between them. I hope these images give a sense of past glories and the passing of time. They were all taken on an iPhone, but I do hope to return with my infrared camera.

The death of George Floyd in Minneapolis, USA, unleashed a wave of protest in spite of the â&#x20AC;&#x2DC;lockdownâ&#x20AC;&#x2122;. People of all creeds and colours took to the streets to protest against systemic racism. These are a series of images from the edge of the demonstrations in London at Parliament Square on two sequential Saturdays. They are documentary style with the photographic truth of the image preserved. The protesters were happy to be photographed and often arranged themselves spontaneously.

Have you ever found objects that are so hideous they become attractive? Fridge magnets, Kiss me quick hats, child's helium balloons to name a few. Well, I hate large ice cream adverts, big ones, standing on the pavement outside a shop waiting for people to bump into or for dogs to piss on. In my mind they were hideous until I looked more closely, then I started to photograph them. Suddenly I found them attractive, in a weird way. They are over- scaled, badly coloured, roughly made, often grubby but this all adds to their seductive charm. I often feel self concessions photographing them, people glance at me strangely. I expect to hear someone shout “It’s not real you know, you can buy one in the shop!”. Would I lick one? Definitely not!

From the Organist’s Point of View

Whether in an ‘organ loft’, positioned behind a ‘squint’ or situated in a corner of a church, the organist needs a view of the lectern or pulpit to know what’s going on. Rather than risking a cricked neck, organists have resorted to numerous ploys and quirky solutions using mirrors from such things as the bathroom, the car, camping, etc. We’re left with the conclusion that although the organist’s participation is essential, a great deal of expense has been spared.

Some images of Venice shot during a cold winter January trip. I love Venice at this time of year - central hotels that donâ&#x20AC;&#x2122;t bust the budget, hardly any tourists and with luck you might even get rain, fog or snow. Venice very late at night (when most sensible people are tucked up in bed) is particularly beautiful.

Life consists of a series of steps. Sometimes big steps are taken and sometimes small ones. Maybe our steps are directed and other times they may be of our choosing. One step goes before the next making a path on our journey. We take positive steps, tentative steps, faltering or negative steps. We leave our footprint as we go.

Some people have a fear of travelling by public transport and are even more fearful of trains that run underground. Several unknowns come into play and contribute to those fears. Which line do I want and in which direction ? Am I going down the right escalator and will I trip over ? Will I get onto the right platform ? Will I get on the right train ? Will it crash ? This series of pictures taken on several journeys along this part of the Tyne & Wear Metro system aims to portray some of those fears. We start at Monument in the centre of Newcastle-on-Tyne and end at Callerton Parkway which is close to the Airport. Get your tickets and come along !

Bob Oakley 02 Which Line to Take.

Bob Oakley 04 On the Platform