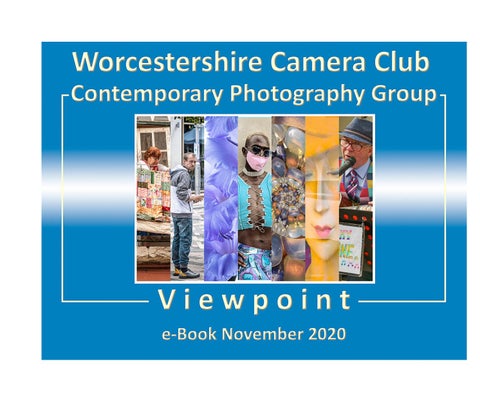 Dr. Charles Ashton She He Them

As with most human activities in the summer of 2020 Trans Pride was affected by the COVID 19 pandemic and influenced by political unrest and the Black Lives Matter movement. This set of images covers the event with some portraits and candid shots at the start, close to Hyde Park, moving on to the march and finally the speeches at Parliament Square. I have tried to capture some of the spontaneous emotions and mood of the day as well as the spectrum of sexuality that was apparent and the adaptation or lack thereof to the pandemic. The images have been enhanced by blending a toned black and white layer with the original which I think sympathetically improves the subjects.

Charles Ashton 02 Kick Out The Tories

Charles Ashton 03 She He They

Charles Ashton 08 Along For the Ride

The Czech Republic, originally part of the Austro-Hungarian Empire embraced the Art Nouveau style in the years before 1914. The main railway station in Prague was opened in 1871 and between1901-1909 new station buildings were erected in that style. It is one of the most significant art nouveau buildings in the country and one of the final architectural glories of the old empire that broke up after the First World War. The name of the station has changed over the years to reflect changing political realities but what has not changed is the magnificent entrance hall. Sadly when I visited Prague in 2015 the exterior was in a very bad state of repair with bodged remedial work to some of the features and much of the fabric in terminal decay.

This is a series of garden flowers, photographed against plain backgrounds (to avoid distractions) and using simple lighting. All the work is done in camera so there is little to do in Lightroom apart from a bit of cropping and minor saturation adjustments. We are living through stressful times; I sometimes pause for a moment or two in the garden, and just enjoy the beauty of the perfectly adapted creations we call â&amp;#x20AC;&amp;#x2DC;flowersâ&amp;#x20AC;&amp;#x2122;.

Not Going Out - continued

I continue to explore how the current Covid-19 pandemic has affected various aspects of â&amp;#x20AC;&amp;#x2DC;normal livingâ&amp;#x20AC;&amp;#x2122;. These images were made between late June and the end of August. By this time everyone was settling into a bit of a routine with temporary arrangements becoming permanent and we were sort of getting used to things. Even Worcester Cathedral had adapted to the new circumstances. I believe in the importance of documenting this time.

&quot;Choose joy. Choose it like a child chooses the shoe to put on the right foot, the crayon to paint the sky. Choose it at first consciously, effortfully, pressing against the weight of a world heavy with reasons for sorrow, restless with need for action. Feel the sorrow, take the action, but keep pressing the weight of joy against it all, until it becomes mindless, automated, like gravity pulling the stream down its course; until it becomes an inner law of nature. Delight in the snail taking an afternoon to traverse the abyssal crack in the sidewalk for the sake of pasturing on a single blade of grass. Delight in the tiny new leaf, so shy, so shamelessly lush, unfurling from the crooked stem of the parched geranium. The little joys; those are the slender threads of which we weave the lifeline that saves us.&quot; Maria Popova. My images form the start of a collection of visual notes, small things I see that delight me visually; small things that give me joy. These images were taken at a cross roads, the disintegrating white lines embellished by the bright autumn leaves. We must seek these tiny jewels nature gives us as signs of hope.

John Hoath This and That

This monthâ&amp;#x20AC;&amp;#x2122;s contribution is work for a variety of projects that I have in mind. They are for books that I am considering making. These include a book of panoramas which will run across two pages per image and a book of poetry accompanying my photographs. I can tell you that the photographs and book binding will be easier to produce than the poetry.

Long story cut short ..... Water got in to the fuse box of Jim&#39;s Mercedes car. This totally closed down all the systems and the car was pronounced â&amp;#x20AC;&amp;#x2DC;deadâ&amp;#x20AC;&amp;#x2122;. A new fuse-box had to be installed and I was given the old dead one as a memento. I was amazed at the price - and also at the beauty of the dead fuse-box. I imagined how the fuse connections might have looked when they were alive and kicking. Even turning it into a sculptural object it remained a very expensive item!

Tales from the Washing Line

One of my on-going projects is ‘washing lines’. There’s something attractively seductive about an oblique, sneaky view into people’s lives through this colourful fluttering of semiotic semaphore. It’s as if the jostling raiments need to speak, each with a tale to tell. Pegged, splayed and hanging, every garment is arrayed without shame or favour. Thus exposed, we’re allowed a brief frisson of voyeuristic insight into lives we’ll never know. We gain an understanding about colour preference, the number and perhaps, the relationship between adults and children, their sporting allegiances, their gender, age, size in socks, underwear condition and what sort of bed-linen is preferred. Through this colourful zephyr dance, the clothes speak about the lives of those who don them they travel, work, play, celebrate and perhaps, mourn before the shirt-tails, vests, trousers, skirts and unmentionables once again tumble in the washtub.

Like asbestos in buildings and arsenic in paint, we will look back and wonder that we used to burn fossil fuels. They’re a huge contributor to greenhouse gases from extraction, through refining, to end use. These fuels pollute both sea and land. As a ‘stealth killer’ they emit invisible micro particles harmful to humans. The current pandemic has seen demand collapse and the oil industry markets are crashing, but perhaps it was about time…

Papplewick - A Temple to Water

Enter into the temple of water and marvel at its decoration. There is no altar in this temple, just two enormous steam-driven pumping engines, majestic in their shining steel, copper, brass and paint finishes. The incense here is the sweet smell of oil and a faint hint of sulphur. Visited by engineers and the occasional group of dignitaries this was not a temple for the masses. Behind the luxuriant rooms lurked darker areas where men toiled shovelling coal into huge furnaces to produce the steam energy which powered the monster engines. All this devotion and care was for the purpose of providing water for the City of Nottingham. The brainchild of engineer Marriot Ogle Tarbotton, it was constructed in 1881. The engines were made by James Watt in Birmingham. The designer of the lavish Gothic Revival interior is unknown. .

I really enjoy the fact that we get such good seasonal differences in this country and the feeling that nature carries on regardless of what else is happening. These images were taken at Batsford Arboretum, giving us a glimpse of some of the changes that occur in autumn.

Lucy Allum 01 Acer by a Stream

Lucy Allum 03 Underneath a Magnolia

Lucy Allum 10 Amongst the Trees

From the series: Over The Hills and Far Away Same walk â&amp;#x20AC;&amp;#x201C; different Camera and/or Lens

This is a collection of images taken on the same walk over different days during the Covid-19 pandemic. I started this series in April 2020 and the walk is a track running parallel to the B4424 in rural Worcestershire, from my home in the hamlet of Clevelode. Over the time I have witnessed the seasons changing in this familiar territory. By restricting myself to using a different camera and/or lens I have deliberately changed my viewpoint. The result has been a collection of varied and different images from each walk.

1_Maddy Pennock_Drama in the Sky

3_Maddy Pennock_Stones in the Road

Gradually street life in Worcester returns to normal, although what normal means for some would be beyond comprehension for others. Shops which closed earlier in the year have been repurposed, redecorated and are now in a completely different business. Street entertainers have returned to their old pitches, and shoppers have adapted to social distancing, sort of, and wearing face coverings, well, some of the time. Now that people gain entry to buildings scanning codes with their phones, one has to wonder whether this practice will ever be abandoned.

Peter Young 02 Save the Birds

Images - Produced by the Author but Interpreted by the Observer

The digitised image allows a higher level of author-inspired control over the final image. My intent is to produce a reaction of liking or loathing - indifference is the enemy of art.

Richard Sarginson 05 Steel in your Backbone

Richard Sarginson 07 In The Garage

I have hardly ever done any ICM work so I thought it was time to grasp the nettle. All the following images were taken in the Wyre Forest on a single afternoon this week when the light varied from dark and moody to dappled bright sunlight. Some images were fairly short exposures and others a bit longer. A couple are double ICM exposures. Most involved moving the camera at the start of the exposure and then trying to hold it stationary before the exposure finished. I not sure if I like these but I offer them up as a first attempt. My wife who is a fair &amp; honest critic said they reminded her of having a bad migraine.