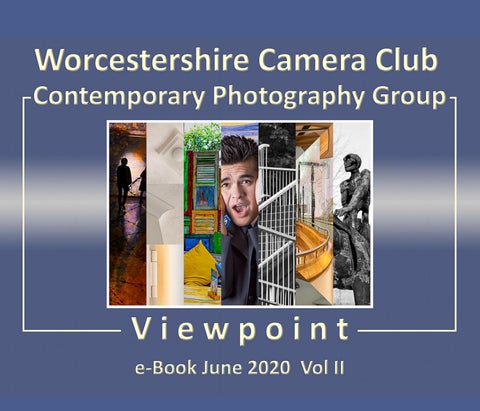 Living in lockdown may be like being cooped up behind bars, separated from what we thought of as ‘normal’. We can’t travel, we can’t play, we can’t shop because we have put up the bars in our own psyches. So remember that the light shines through the space between. We can motivate ourselves to move forward in a number of previously unimagined ways. And bear in mind that many good things lie in the shadows, waiting to be revealed.

This last month my walks have been over fields, in the woods and in the local park - everywhere the trees have been stunning and interesting. The wonderful spring green of the deciduous trees has been shown to perfection by the sunlight from the amazing weather we have been having. The conifers gave off the wonderful aroma of their resin as I passed by and a fallen tree showed how shallow the roots of these giant conifers really are. These are just a few of the images I have taken showing some of them at their peak, as even now so early in the year, they are starting to show their 'dusty summer green'.

I have, over a period, been involved in some arts and documentary projects with Droitwich Salvation Army. Many of the folk that I have been working with will happily put themselves into situations and interact with people who are either on the extreme fringes of society or experiencing extreme situations of personal loss and breakdown. All of this is undertaken in a spirit of service, often involving levels of personal sacrifice. These same folks, however, frequently exhibit self-effacing humility and are invariably reluctant to put themselves ‘on stage’, or even pose for a portrait. In order to encourage some level of involvement in an ‘artistic’ endeavour I have persuaded them to ‘act out’ and experience themselves as an element of one of their favourite paintings or other visual art, such as a poster. This came to a halt with ‘lockdown’, but I shall continue ASAP. I have been ably assisted in this by Ruth, Alex Issacs and Pam Turner.

The following images were taken during my last holiday in Bali. The island, the people, their culture, their talents, the scenery, the vibrant colours are what attracts me the most. .

A figure in a Hopper-like painting looks out onto a world devoid of colour, an empty world dying of pestilence.

In lockdown we still have plenty of opportunity to practice our photography and all the photographs on the following pages were taken in my house in one hour. None are great photographs, but I enjoyed my personal challenge and they work well as panels.

Life on the Verge

I live down a country lane that has very wide verges. I have always loved the verges, especially in late spring when all the cow parsley and other umbels and wild flowers are in their full glory. This year especially I have made an attempt at capturing some of the things I love about it in my images. The first image is one to set the scene and show a little of the diversity of the plant life.

Facets of River and Seashore

Finding hidden abstracts within recognisable images is becoming an obsession, as is producing abstracts in their own right. Kaleidoscopic images (k-images) is a half-way house. Each segment contains reality. Sometimes, the subject is identifiable, often it is not. The circularity and repetition brings feelings of calmness and completeness. A chaotic input image can become soothing and satisfying for the viewer. Any image can be converted to a k-image in different ways, but this is done after the picture has been taken. But what has been missed in this k-world, where the exact position of the camera can be so important? Continuously processing and displaying the k-image as the camera is moved is an obvious solution; the difficulty is how to do it. Using Camera MX Android app, the photographer can see the kaleidoscopic result before the shutter is pressed. A movie can also be made, which might be seen as a large number of concatenated still images; this has a merit in its own right as each frame can be extracted. The viewer can now see the changing world from a new viewpoint; it is a web of interconnectedness and dependence. All is dependent on everything else in the k-image world. It is true in our world too, but many cannot see it.

“Less is more” is often applied in photographs to emphasise a main element by eliminating distracting clutter. I often prefer pictures that have more items in them, where the eye can roam around and look for interesting details. Less is more can become less is less. I suppose I’m suggesting that more is more, more or less. To emphasise this ‘more’ feeling I have used a mirror box which allows the viewer to explore the image from different distorted perspectives. The results are visually investing although not all images are suited to this treatment and I have had many rejects. They are not true mirror images but that might not at first be apparent. The images need time to be visually entered and absorbed.

In our life-time the motor car, love it or loathe it (and I generally love it), has been a dominant influence, pervading almost all aspects of our daily activity. Cars have fulfilled multifarious roles from family member, status symbol, utilitarian transport, competitive mount and many others, and have been regarded variously with acceptance, indifference, reverence, as well as latterly, hostility. But seemingly always with an acknowledgment of that central role. The inspiration for putting this small set together was a recent book purchase from the V & A which set out to show cars in photographs over the years. Expressly not photographs of cars. I realised that my love affair with the motor car has meant that I have taken many photographs that might fit this “about cars” rather than “of cars” idea … even if subconsciously or otherwise the car in my photograph happened to be one of particular interest… So these are photographs with cars in them, which I hope may have some comment to make about this mult- faceted human relationship with the car … rather than just being photographs of cars.

Nigel Reader 08-How Did It All Fit Together_

Memories from a Previous Life

All my images in this collection are produced on an iPhone using the PhotoSplit App. I found this quote from the artist Phil Hanson very appropriate. "If you embrace the limitations imposed on you this can drive your creativity Try thinking inside the box Learn to let go Let go of your outcomes Let go of your failures Let go of any imperfections Be unencumbered by results Seize the limitationsâ&#x20AC;?