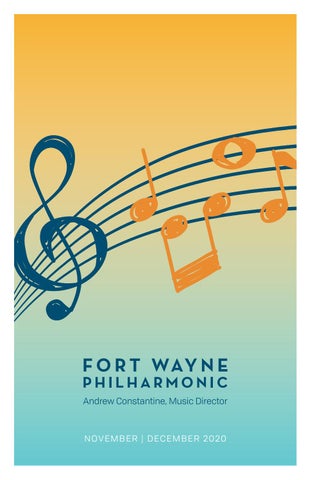 ANGELA YOFFE, PIANO Pianist, producer, and educator, Angela Yoffe, is widely admired for her dazzling musicianship and passion for music education. In 2010, Yoffe created Chicago’s annual North Shore Chamber Music Festival, now in its 7th season, and each year presents career advancement awards, such as the Arkady Fomin Scholarship, to exceptional emerging artists. Yoffe is also founder of the Collaborative Piano Class at the Chicago College of Performing Arts at Roosevelt University and the Creative Learning Program of the Betty Haag Academy of Music. She has created collaborative projects with the International Center on Deafness and the Arts and the Lurie Children’s hospital. Ms. Yoffe has performed as a chamber musician and recitalist in New York, Washington, Chicago, San Francisco, London, Berlin, Paris, Tel Aviv, Geneva, Rome and Tokyo. She has appeared as guest soloist with the Seattle Symphony, the Omaha Symphony, SWR Stuttgart Radio Orchestra, the Hamburg Symphony and with New York’s Jupiter Symphony under the batons of Andrey Boreyko, Gerard Schwarz, Jens Nygaard, Sebastian LangLessing, and Victor Yampolsky. Yoffe has been invited to perform at the Verbier Festival in Switzerland, Lockenhaus Festival in Austria, Festival de Radio France, Schleswig-Holstein Festival, Colmar Festival in France, MIDEM Festival, Ravinia Festival, Pablo Casals Festival in Puerto Rico, the Schwetzingen Festspiele, and the Bantry Festival in West Cork. Yoffe records exclusively for BIS Records, and her discography includes a recently released album with violinist Vadim Gluzman of Sergey Prokofiev’s Violin Sonatas. Her world premiere recording of Lera Auerbach’s “24 Preludes for Violin and Piano” (composed for Ms. Yoffe and Mr. Gluzman) was released on BIS Records to rave reviews, as well as their other albums: “Time… and Again,” “Ballet for a Lonely Violinist,” and “Fireworks.” Angela was born in Riga, Latvia into a family of respected musicians. After studying piano performance in the Soviet Union and Israel she continued with Joaquín Achúcarro and Jonathan Feldman in the United States and became an assistant to Dorothy DeLay at the Juilliard School of Music.

WILLIAM WOLFRAM, PIANO American pianist William Wolfram was a silver medalist at both the William Kapell and the Naumburg International Piano Competitions and a bronze medalist at the prestigious Tchaikovsky Piano Competition in Moscow. Wolfram has appeared with many of the greatest orchestras of the world and has developed a special reputation as the rare concerto soloist who is also equally versatile and adept as a recitalist, accompanist and chamber musician. In all of these genres, he is highly sought after for his special focus on the music of Franz Liszt and Beethoven and is a special champion for the music of modernist 20th century American composers. An enthusiastic supporter of new music, he has collaborated with and performed music by composers such as Aaron Jay Kernis, Kenneth Frazelle, Marc Andre Dalbavie, Kenji Bunch, and Paul Chihara. His world premiere performance of the Chihara re-orchestration of Chopin’s Piano Concerto No. 1, with the Milwaukee Symphony under the baton of Andreas Delfs, was met with great critical attention and acclaim. Other highlights include several chamber music collaborations, including recitals and recordings with Oscar Shumsky, recitals with Harvey Shapiro and numerous collaborations with Leonard Rose. He also performed Richard Strauss’s setting of the Tennyson poem Enoch Arden with the Oscar-winning actress Louise Rainer, and with actor Jeff Steitzer. Wolfram has also performed as a guest artist with prominent ballet companies including ABT, Pittsburgh Ballet, Miami City Ballet, Carolina Ballet and Boston Ballet, working with noted choreographers including Jiri Kylian, Edward Villella, Robert Weiss, and Agnes De Mille. Wolfram has extensive experience in the recording studio. He has recorded four titles on the Naxos label in his series of Franz Liszt Opera Transcriptions and two other chamber music titles for Naxos with violinist Philippe Quint (music of Miklos Rosza and John Corigliano). Also for Naxos he has recorded the music of Earl Kim with piano and orchestra - the RTE National Symphony Orchestra of Ireland behind him. For the Albany label, he recorded the piano concertos of Edward Collins with Marin Alsop and the Royal Scottish National Orchestra. He most recently recorded the Bach Goldberg Variations on the PlayClassics label. As educator and teacher, Mr. Wolfram is a long-standing member of the piano faculty of the Eastern Music Festival in North Carolina, and a regular featured guest at the Colorado College Music Festival in Colorado Springs, Colorado. He also teaches a performance class and a chamber music class at the acclaimed Manhattan School of Music. In print and other media Wolfram was the focus of a full chapter in Joseph Horowitz’s book, The Ivory Trade: Music and the Business of Music at the Van Cliburn International Piano Competition. On television, he was a featured pianist in the documentary of the 1986 Tchaikovsky International Piano Competition. A graduate of the Juilliard School, William Wolfram resides in New York City with his wife and two daughters and is a Yamaha artist.

Theme from Piano Trio No. 2 in G major

TROY WEBDELL, DIRECTOR OF YOUTH ORCHESTRAS American born and trained, Maestro Troy Webdell continues to enthrall audiences and connect people through the language of music. His innovative programming and balance between contemporary music, world music, and the standard orchestral repertoire has created a welcomed niche in the world of classical music. In May 2018, Webdell was selected to become the new Director of Youth Orchestras for the Fort Wayne Philharmonic in Fort Wayne, Indiana. Under his leadership, the Youth Symphony Orchestra will travel to New York City in June 2021 and perform a featured concert in the Isaac Stern Auditorium/Ronald O. Perelman Stage at Carnegie Hall. Webdell is also the founder, music director, and conductor of South Shore Orchestra, a regional professional orchestra of 70+ musicians located in Valparaiso, Indiana. The South Shore Orchestra is currently in its 15th season and has performed numerous concerts throughout the USA and China featuring national and international guest artists. Webdell’s interest in world music and culture has taken him on multiple orchestral concert tours throughout China to conduct in renown concert halls in over 40 major cities including Beijing, Hangzhou, Shanghai, Nanjing, Qingdao, Ningbo, Jiaxing, Shaoxing, Quanzhou, Fuzhou, Xiamen, and Xian, where his interpretations of the Chinese classical music repertoire have been received with critical acclaim. His orchestral concerts have been nationally televised and broadcast on CCTV throughout China and the USA. In 2013, Maestro Webdell conducted the world premiere and 26 performances of Max Lee’s modern interpretation of the Chinese classic opera Romance of the Western Chamber which was completely sung and spoken in Mandarin Chinese. In 2015, Maestro Webdell and the SSO performed a sold out celebration concert in Chicago’s Symphony Center for the 70th anniversary of the end of World War II. The concert featured a 600 member Chinese chorus and SSO performing Xian Xinghai’s Yellow River Cantata, the American premiere of Roxanna Panufnik’s Since We Parted, and was broadcast internationally via radio from Chicago to China. In January 2018, Webdell was invited to conduct the inaugural concert at the opening of the new Ulanhot Grand Theatre in Ulanhot, Inner Mongolia which also featured the world premiere of Xiao He’s Long Song. Maestro Webdell has earned acclaim for his orchestral conducting in the USA, receiving outstanding musical/orchestral direction awards for staged and concert productions of Stephen Sondheim’s Sweeney Todd: The Demon Barber of Fleet Street (2001 & 2004), Jason Robert Brown’s PARADE (2005), and Mitch Leigh’s Man of La Mancha (2006). In 2015, Webdell was awarded the “Global Harmony Through Music” award from the Confucius Institute (Beijing) for his work and dedication to create cultural understanding and acceptance through music. As an educator, Webdell taught band and orchestra students for 24 years in the Crown Point Community School Corporation and Portage Township School Corporation in Indiana. His students had consistently earned Gold ratings at ISSMA contests, including the All-Music Orchestra Award for excellence in all areas of chamber, jazz, and ensemble performance. In 2017, Webdell was named the Honorary Director of Orchestral Programs for the Nanjing Qinxing Arts Academy in Nanjing which has recently become one of the largest music academies in China. Additionally, Maestro Webdell has been a collaborator in developing El Sistema based youth orchestras in the USA, interactive educational symphony concerts, and community “Unity Event” concerts featuring over 500 community chorus and orchestra musicians. In August 2019, Webdell joined the faculty of the Purdue University Fort Wayne School of Music to conduct the University and Community Orchestra.

retrospective on December 6 at 2:00 p.m. The Philharmonic and its partners at the Jewish Federation of Fort Wayne and PBS Fort Wayne will present an evening of Violins of Hope retrospective concert featuring the world-renowned violinist Vadim Gluzman with pianist Angela Yoffe.

This event was made possible by our generous sponsors: The Paul Yergens and Virginia Yergens Rogers Foundation

A musical tapestry celebrating Beethoven and some of his most cherished themes featuring the Youth Symphony Orchestra, Junior Strings, and Premier Strings.

This event was made possible by our generous sponsors: Broadcast sponsors:

MOVED BY MUSIC Sweetwater applauds the passion and talents of the Fort Wayne Philharmonic and music makers everywhere.

FORT WAYNE PHILHARMONIC SPONSORS The Fort Wayne Philharmonic thanks these sponsors for their generous contributions over the past twelve months. Please call 260.481.0784 to become a sponsor. APPASSIONATO ($150,000 TO $249,999) Chuck & Lisa Surack

Managing money for people with more important things to manage. Managing money is more than simply trading stocks and bonds. Itâ&#x20AC;&#x2122;s planning for lifeâ&#x20AC;&#x2122;s milestones, in your life and in the lives of those you care about most. We invest the time to understand your goals and maintain the discipline to manage your assets accordingly. With over $11 billion in assets under administration, we are one of the largest wealth management firms headquartered in Indianaâ&#x20AC;&#x201D;where Midwestern values run deep. Let us handle the details so you can focus on the more important things in life.

Christ the Savior is Born Brotherhood Mutual Insurance Company is grateful to have been a part of the Fort Wayne community for more than 100 years. As you enjoy the music of the Holiday Pops, we wish you and yours a very blessed Christmas and a happy new year.

“BRAVO!” – Lake City Bank is proud to support the inspiring work of the Fort Wayne Philharmonic.

From community arts to economic development, we believe great performances and ideas create vibrant communities. Thatâ&#x20AC;&#x2122;s why we proudly support the Fort Wayne Philharmonic. Their dedication to excellence brings joy to our hearts and business to our city.

And that is sweet music to our ears.

At Ambassador Enterprises, we’re proud to support efforts that enrich Fort Wayne and northeast Indiana. As a legacy-minded private equity firm, we invest for the long term with a focus on making a positive impact on businesses and organizations, on people and communities. Find out more at Ambassador-Enterprises.com

MOVING WATER. MOVING FUEL. MOVING FORWARD. A proud supporter of the Fort Wayne Philharmonic, Franklin Electric is a leading global manufacturer of systems and components for the movement of water and fuel. Thank you for joining us, and please enjoy the music!

As a sponsor of the Fort Wayne Philharmonic, we thank you for spending part of the holiday season with us. Contact Amanda Kinneman Relationship Manager 260-461-6229 amanda.kinneman@pnc.com pnc.com 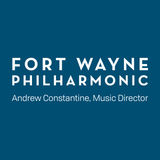