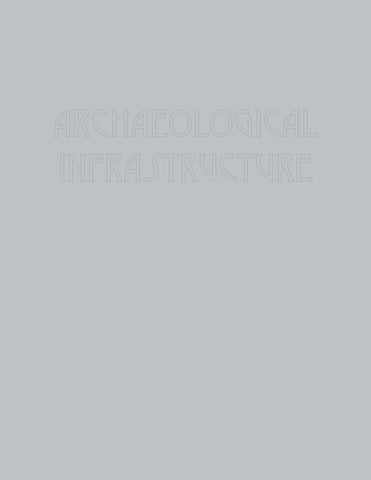 CONTENTS 4 Fragments from the Forks

Our sense of place is particularly important in London, Ontario. Perhaps it is because of this importance that our local identity is equally conflicted; we are both a haven for the conservative and wealthy, as well as the eccentric, Nihilistic and regional. Our downtown core is both thriving and repulsive, depending on who you ask. Our architecture is both a great example of preservation and constant disappointment for heritage activists. We are a charming small town and a sprawling urban wasteland. This place in which we dwell is dual and fluid, the funhouse mirror of a running river.

ideas, as we are ushered into a structure that reminds us of something we would build with friends, a playhouse with sheets and ropes for walls, the leftover cinder blocks you might find out behind your grandfatherâ&amp;#x20AC;&amp;#x2122;s shed. Those are the same sheets you cut holes in to be a ghost at Halloweâ&amp;#x20AC;&amp;#x2122;en, but now they offer a parade of images, projected as illusory lightscape. When we walk by, our shadows merge our bodies with these places we have known but cannot fully see or comprehend. London is much like that. What becomes important are the people, the movement of time and the experiences that happen in and around the fractal structures. These concrete images throw abstract significance back at the viewer. The only meaning these images have is our gift to them. Architectural gravity is only an illusion. Exploring broken down places forces us to at once question issues of architectural heritage and appreciate the urban structures in which we live. We become actively engaged in the process of imbuing these assembled mounds of stone with our personal and communal identities.

In Archaeological Infrastructure, images flow on white sheets in the same way. Like standing at the base of a skyscraper, we never see the whole. It is impossible to see it when you are up close or on the inside peering through the windows. The parts of the whole, when visually disassembled, are mobile and conceptually reassembled. They become open to reinterpretation and examination of process. And the exhibit invites us to play with these

These are concepts that open up like a deluxe interior as you walk through Archaeological Infrastructure, flashed up on simple sheets, bricks and rope. The deceptively straightforward idea is that people, more than a building, define a community. But there is a complex interplay between subjective perception, collective symbolism and the base elements of architecture, the bricks themselves.

same disoriented feeling we have when we try to process changes to our physical environment; when we see empty lots where our favourite watering holes use to be; or the ugly sunroom a new resident has tacked on to our childhood home; or discover that more glamourous buildings used to stand where ugly boxes now dominate with vacant floors; or resent the landscape of asphalt that replaces a memory.

The absence of the whole view, the inability to assign meaning by recognizing landmarks, emphasizes the fragmentation, giving us over to a feeling of loss, the

It occurred to us walking home one night that it took nearly a decade for us to see the four sides of one of our favourite buildings, the old Canada Trust building at Dundas and

Clarence. A friend of ours had an apartment in behind, and while on her patio drinking we finally got to see the back of the building, see details that we hadnâ&amp;#x20AC;&amp;#x2122;t seen before. Even then it was at night, and we knew it would look completely different during the day.

cultural activity in the city, housing studios for many FCG founders and members, not to mention the larger community that was London Art at the time. It had studio space galore. It was also apparently one of the last completely intact Victorian commercial blocks in Ontario. When it was threatened with demolition, a group of heritage activists made a human chain around the block in an attempt to stall, if not stop, its demise. They failed. And their failure sent nearly a whole generation of arts and culture activists back home, exhausted and depressed. While this was going on, our teenaged friends jumped the fence at night to play in the wreckage.

After viewing the exhibition we were at a going away party for one of our best friends. (He regularly leaves the city--weâ&amp;#x20AC;&amp;#x2122;ve been at over eight going-away parties for this guy). Two friends of ours were there who were teenagers in London when the famed Talbot Block was demolished. The Talbot Block was, in its day, the centre of

They climbed up the old walls of the Talbot Inn to hang out in partial, disused rooms, finding all sorts of cool artifacts. Of course, much of it was just pranksterism but it was also a true expedition to identify with London heritage. Here was the wreckage of many significant London places, including the skeleton of a nationally recognized art installation, and rubble of the infamous punk bar the Blue Boot. (Apparently one of

were planned, a square facing the train tracks to welcome people to the city. London had a great deal of wealth at that time, and the metropolis they pictured was in keeping with the iconic blue boots from the bar’s entrance the architecture they created: clean, civil, was saved by one of the trouble-makers and majestic, and proud. The finished project-now rests in his living room). They told the like most urban planning in London--never story as a joke, but you could feel reverence came to be, but the sense that London is beneath it. Facing the heart of the imaginary super-rich, super-white, sucking the teet of city that they aspired to be a part of--one of Mother Britain, still lives on as a fake city, artists, musicians--as it broke in half before one rarely if not at all experienced by its them, they made their own urban adventure: residents. perilously dangling from architectural details, stealing what they felt was ignored, Children in a makeshift fort live both in what should be recognized, howling in the the reality of the structure as well as its downtown night. fantasy. The fact that it is comprised of sheets and pillows and couches is partly why In the 1920’s, the Town Planning Movement it is so amazing. The fact that it is a multireached London and influenced urban roomed underground bunker is also why planning. What came out of it was the idea it is amazing. There are so many Londonfor Federal Square, a project meant to make Ontario’s in existence: the Hunt Club our little town the utopia of development the London, the downtown studio London, heads of the city then aspired it to be. Plans the nature trail London, the backyard BBQ were drawn up for a massive co-ordinated London, the mini-van Walmart London. downtown centre. The old classical-style We choose our landmarks and invent the City Hall (where Mac’s is now at Dundas and rest, make the connections as we have to Wellington) was built and other buildings in order to feel at home. This is partly why

London never makes any sense to many who of national creative culture. Here we see live here. What is this place? What on earth the city we were, the city we are, the city in is it supposed to be? Is it really just a nice perception overlaid on the city of reality. place to live? From what weâ&amp;#x20AC;&amp;#x2122;ve experienced, inventing London is essential to its identity, like an author who just keeps writing and writing, and never gets it right. The endless stream of images in Archaeological Infrastructure shows us the process of the ever changing and moving creation of urban spaces. While this is not unique to our city, it is particularly poignant for us Londoners, shown in a gallery that has been so central to finding out who we are in the context

This publication is licensed under a Creative Commons Attribution Non Commercial Sharealike License.

This publication features the essay "Fragments of the Forks," written by Vanessa Brown & Jason Dickson, in relation to Jen Aitken and Aryen Hoekstra's exhibition, Archaeological Infrastructure at Forest City Gallery. 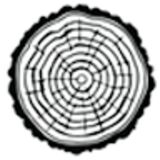