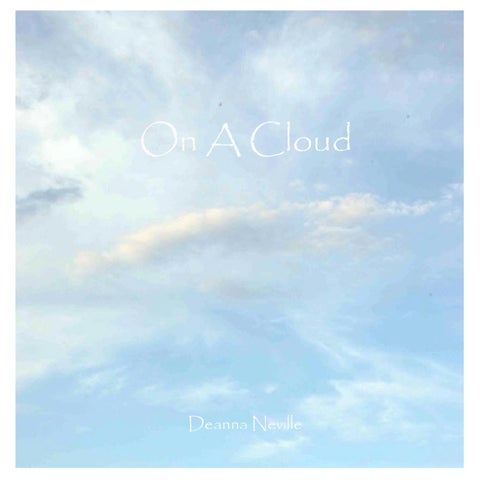 On A Cloud Fiction, photos, reflections, fabrications and scientific facts

On A Cloud What a sublime place to be ... on a cloud. It’s quite true to say that I’m more often tree-like and solid; feet fastened to the ground. Wisp-like and plucked from a growing collection of many hundreds of cloud images are these clouds three. I’m sharing with you my transition upward into a dreamlike world. Clouds have been a place for me to leave my overactive thoughts, at a time when I needed space to heal ... from a personal and tumultuous storm. (If you have a closer look, you may see some of them still there ...) In my more grounded work, I specialize in a collaborative community development process that brings together community photo projects and story-telling. This style of photo-narrative, which I call ‘Focus on Community’, is a portrait-based methodology, featuring images taken by participants and produced into booklets that enable communities also to heal through their shared stories. In making clouds home to my own stories and healing, I’ve found a greater clarity and focus, thus beginning again to produce new collections work, often large and recently shown at Fed Square. I’ve also exhibited atop Maldon’s Mt Tarrengower, near where I live, from where many of my cloud pictures have been captured, and the place at which I continue to upload my superfluous thoughts, and let them float away.

This Work This work was inspired by a hundred trips I’ve made up Mt Tarrengower. Many times I went there whilst producing a series of four-metre-high portraits of firefighters, as an Artist in Residence with Regional Arts Victoria’s Illuminated by Fire. (I also quite often ride my bike up the Mount and climb up the big fire tower - but that’s another tale). The views. Wow. You should go there and see them yourself. 360 degrees of enormous sky and everything in every direction beautiful and magnificent. Lake Cairn Curran, now brimming with bright shiny water, so wild and life-ful after crazy years of unfathomable drought. Moolort Plains in the West, a flat pouring of lava from prehistoric volcanic spews, now a patchwork of rich yellow farmland. And our beautiful Mt Langanook - isn’t she lovely. Since experiencing a beautiful ceremony at Dog Rocks celebrating Dja Dja Wurung life and culture, I continue to sense her timeless history and strength. Driving back along the Calder from trips away, always a welcomed shape in the approaching landscape who says, soon, you will be home. So, returning to clouds. I’ve taken nearly 500 ‘portraits’ of clouds, mostly from the Mt Tarrengower fire tower. It’s as though the many clouds I’ve witnessed are out for a walk across the skies, bustling along at a pace; some most briskly, others dawdling, some lingering in the ‘street’ for a chat. At times I think I can even hear what they’re saying ...

Arc de Triomphe So, I’m driving home from town late one aftenoon and, as usual, daydreaming with my head and thoughts in the clouds. It’s a good thing I don’t text and drive; this kind of multi-tasking enough already. Then, looming large ahead of me is the unraveling of this voluptuous skyscape across the western way. I really wanted to photograph it from The Mount but I was15km away, so across country I go, darting into a backroad that I’ve never (trespassed) before, under ugly powerlines I want to avoid, and stopping, triumphant. Thanks to Sandy Jarman, this is what his Uncle Tim told me about this cloud: “Featuring a broken layer of stratocumulus clouds, they form initially as small cumulus, where individual ‘thermals’ rise until they cool sufficiently for some of their water vapour to condense out as tiny water droplets, creating the cloud. But, on many occasions, they encounter a stable layer of air which inhibits further rise, and the individual clouds then spread out laterally and link up to form a layer; hence ‘stratocumulus’, where ‘strato’ is a prefix meaning layered. A strongly arched structure is featured in the cloud, possibly caused by the influence of local hills”. Dr Tim Gibson

Manifesto Courtesy of Allison Aldred via Facebook; did you even know there is a Cloud Appreciation Society?!

Cloud Appreciation Society We believe that clouds are unjustly maligned and that life would be immeasurably poorer without them. We think that they are Nature’s poetry, and the most egalitarian of her displays, since everyone can have a fantastic view of them. We pledge to fight ‘blue-sky thinking’ wherever we find it. Life would be dull if we had to look up at cloudless monotony day after day. We seek to remind people that clouds are expressions of the atmosphere’s moods, and can be read like those of a person’s countenance. Clouds are so commonplace that their beauty is often overlooked. They are for dreamers and their contemplation benefits the soul. Indeed, all who consider the shapes they see in them will save on psychoanalysis bills. And so we say to all who’ll listen: Look up, marvel at the ephemeral beauty, and live life with your head in the clouds! http://cloudappreciationsociety.org/

like fish scales and horses tales tighten the sail cos it is going to rain A lovely piece of prose, from Jenny Larson via Facebook

Street musings A random pilgrimage to Mt Tarrengower, drawn in the beginning to busy skies full of converstaion (perhaps that’s what happens when we leave our thoughts up there? Maybe the clouds make new stories out of the excess thoughts we leave behind?)

“Layers of cirrus and altocumulus clouds, at much higher levels than the ‘cloud street’ of cumulus forming over a bushfire. (These cumuli are sometimes referred to as ‘pyrocumulus’.) They form when the intense heat of the fire creates upwelling thermals, which have sufficient momentum to reach the condensation level, and hence create clouds. In this image the cumuli are then moving off downstream, driven by the prevailing wind, and gradually dissipating, forming the cloud street”. Dr Tim Gibson

Cloud in a room Klare Lanson told me about this artist, Smilde, and sent me the link to his cloud work. Klare is a cloudess too; there are many.

“Berndnaut Smilde can control the weather. The Dutch artist can turn a clear sky cloudy — indoors. In his latest project, he’s installed real Nimbus clouds in empty gallery spaces in Amsterdam. Smilde’s godlike powers come from simple science — he carefully regulates the temperature and humidity of the space, ensuring that conditions are perfect. Then, he sprays a short burst from a fog machine to create a cottony cloud suspended in the middle of the room for just an instant before it collapses”. Maura Judkis, The Washington Post

Cloud in a cage Thanks Konii Burns. Posting this image sent me on a search party to identify the artist, Madoz, and discovering that he creates numerous photographs of some other extraordinarily amazing and quirky objet d’arte.

“The irony with which Chema Madoz assaults recognizible objects creates a relationship with viewers that leads to paths of a parallel universe. The photographs are not only the reflex of what was there but also related to conscious of disappearing. That their photographic metaphorisations inframe things of singular symmetry or make us focus in simple items, in points of view modifying real. The art of Madoz is articulated by unreal objects whereupon behind their normal appearance, recognizible. Which are familiar to us all, hides a weirdness which yields new sensations avoiding to consider the photographs as dead natures”. www.photoslaves.com

Cloud choir I witnessed the unfurling of this cloud story whilst driving homeward from the West. As the road takes me on my travels winding away from skies afar, persistently I am encaptured by a wanting skyscape as it travels alongside me, or behind me, or at times, ahead, wanting to be near, to whisper its secrets, that are perhaps my secrets; it wants me to have them back now.

“Tangled skeins of cirrus clouds lie above some scattered altocumulus. Cirrus clouds form at very high (and hence cold) levels, and differ from the lower cloud species in that they are predominantly composed of very small ice crystals – not water droplets. Altocumulus are water droplet clouds which form at middle levels – the prefix ‘alto’ meaning ‘middle’, like the altos in a local choir”. Dr Tim Gibson

Thanks I appreciate that many people have shared their passion for clouds. Thank you for looking up and engaging the beauty of moving skies and reflecting your connections with me. Krista Horbatiuk, Curator, Art Fields Exhibition, Castlemaine Market Building Mount Alexander Shire Council Contributions via Facebook - websites, scientific interpretations, quotes, reading references and art links.

â&amp;#x20AC;&amp;#x153;I do know a bit about clouds. And all my life I have shared your love of looking at skyscapes, and admiring them for their intrinsic beautyâ&amp;#x20AC;?. Dr Tim Gibson, Climate Scientist

Photographer, Deanna Neville, has been on a cloud lately. These reflections reveal some of her thoughts and connections and the threads that bring her back down to earth. 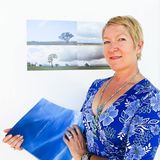