Some Good Reads A portion of the revenue from sales of 105 Hikes will benefit the B.C. Mountaineering Club (BCMC). I look forward to seeing my fellow hikers put the book to good use, and I welcome your feedback and suggestions for future editions. ■

The story of 105 Hikes In and Around Southwestern British Columbia: All-new follow-up to 103 Hikes lands By Stephen Hui, BC Mountaineering Club

Like many local hikers, I grew up reading 103 Hikes in

Southwestern British Columbia by Mary and David Macaree. As a teen, the edition of the classic which dates back to was my favourite book genre.

In 2008, I was thrilled to interview Jack Bryceland—who took over from the Macarees as of the fifth edition—for the Georgia Straight newspaper in advance of the sixth edition‘s release. 2018 marks 10 years since the publication of that last edition. As a journalist (now recovering), I‘ve long written about hiking on the side. A few years ago, I drew up plans for a local hiking guidebook. Serendipitously, Greystone Books came calling with the chance to write an all-new follow-up to 103 Hikes, and I jumped at the opportunity. On May 26, Greystone Books published 105 Hikes In and Around Southwestern British Columbia. My first edition of this guide expands upon the area covered by 103 Hikes, featuring select trails in Washington‘s North Cascades and the islands of the Salish Sea on both sides of the Canada–U.S. border. I‘ve added ratings for quality and difficulty, full-colour photographs and topographic maps, and shorter or longer options for many outings. The book opens with a foreword by T‘uy‘t‘tanat—Cease Wyss, a Coast Salish ethnobotanist and interdisciplinary artist who is the Vancouver Public Library‘s 2018 indigenous storyteller in residence. Michael Coyle, a search and rescue manager with Coquitlam Search and Rescue, bylines the section on outdoor safety. Jaime Adams, founder and program coordinator of the Forest and the Femme Society (a non-profit outdoor-recreation program for marginalized women of Vancouver‘s Downtown Eastside), contributes the section on backcountry ethics. The maps are designed by Steve Chapman of Canadian Map Makers. On June 2, Mountain Equipment Co-operative (MEC) hosted a 105 Hikes book signing at its Vancouver store (130 West Broadway), in the territories of the Musqueam, Squamish, and TsleilWaututh First Nations.

Between 1887 and 2013, the period considered in this volume, glaciers were the single natural feature of the landscape that changed the most, visually. ~Henry Vaux Jr., p. 25.

Legacy in Time is a fit and fine companion to the much earlier Legacy in Ice: The Vaux Family and the Canadian Alps (1983) and the more scientific Our Vanishing Glaciers: The Snows of Yesteryear and the Future Climate of the Mountain West (2017). Legacy in Time tells the committed tale of three generations of the Vaux family and how their initial photography (and the generations that followed) has tracked the receding glaciers in the Canadian West.

There are 82 figures (or photographs) in this splendid hardcover beauty of a book that, significantly so, cover the diminishing and retreating of glaciers in the Selkirks and Rockies but, also, lights down on such bounties as mountains, waterfalls, lakes and people. The time period covered gives a small corrective of sorts to the popular notion that glaciers have only been disappearing in the last few decades as a result of global warming. The time period covered spans more than a century (1887–

Federation of Mountain Clubs of BC 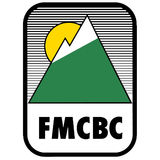 The Spring/Summer 2018 issue of Cloudburst is jam-packed with great articles, including the latest Sea-to-Sky access issues, FMCBC Southwest...

The Spring/Summer 2018 issue of Cloudburst is jam-packed with great articles, including the latest Sea-to-Sky access issues, FMCBC Southwest...