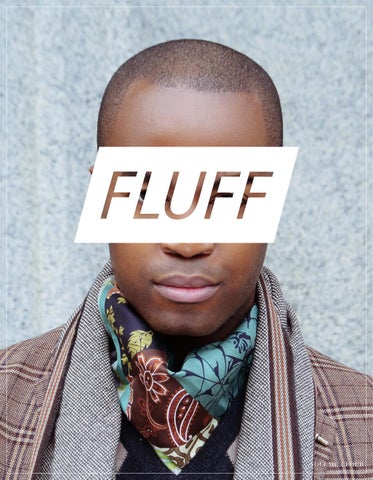 A MAN OF MANY

THE MIGHTY MOUSE By Toinette Labuschagne

The views expressed in FLUFF are those of the writers themselves.

A MAN OF MANY WORDS

Swazi-born, US-bred, a singer, and a main member of the fashion media, Nkosiyati Khumalo apparently makes a mean honey and soya sauce chicken. With nicknames like Yo-yo and Yati, he believes that Thanksgiving is more of a production than a feast, but more impor tantly, he believes the people behind the gentlemanly magic of GQ truly live the lifestyle they write for.

What made you want to write? I watched and read a lot of news; I knew what every type of writing looked like. I had to find ways to share people’s stories. What is it like being Deputy Editor of GQ? It is a lot of responsibility and pressure, but so much fun. Some times it feels like driving a space ship – so many little parts, so intricate. It takes me to really great places. Favourite designer? Tom Ford. He embodies all the classic elements that I love and has a way of updating them, making it eternal. If you could start any publication, what would it be called and what would the content be about? I have too many different interests for it to be about one thing. That’s why I love GQ. Do you still use a pen and paper? Yes, to jot down notes and conceptualise ideas. If you could be any punctuation mark, which would it be and why? Semi-colon, because there’s always more to the story. Tell us about your singing career. I’ve been singing for as long as I can remember. I sang in the choir at school, church, and UCT. In 2010, I joined an ac apella group called D7, now White Collar Club, and we’ve performed with Imogen Heap. I’ve sung with Josh Groban and started a singing relationship with Karen Zoid.

Any local artists you are into at the moment? The Swingsetters. They have a bunch of horns and make brass sound fun. Which device would you rather be, a Kindle or an iPad? (Long pause) iPad, for communication. What is your favourite social network? Instagram. It’s a narrow view of the world – not the whole world, but a slice of it. Why do you think SA Fashion Week is so poorly supported? There are so many. If they were all on one platform, it would bring everyone together and be a full mix. Who would play you in a movie remake of your life? The love child of Denzel Washington and Donald Faison. What do you consider fashionable? Someone who understands the basics, but does something to personalise – maybe by rolling up the cuff of a trouser or adding colour. Who do you think are top three bestdressed men in Cape Town? Richard Keppel-Smith, Sergio Ines and Quasiem Gamiet. Describe fashion in one word. Expression.

A citizen of the world, Dawn Jorgensen is happiest when a cloud of African dust thunders at her feet. Not a fan of kill-the-poacher bumper stickers, she prefers to leave the ocean untouched, believing that saving that one starfish can still make the world of difference.

Why did you decide to call yourself the Incidental Tourist? I had a company organising holidays for international clients, which I did for ten years. When I sold my company, I found that I missed tourism and travel so much that I started my travel blog. What would you say to someone who sees no value in travel? I would encourage them to travel, because it humbles you. What publications have your work been published in? Travelstart, Getaway blog, and OnRoute magazine. The freelancing side is only just starting to grow for me. Does tweeting count as part of your travel writing? Definitely, I call it micro blogging. Tweeting and instragramming are how I share my experiences. What was Benin like? It was so different from any place I have ever been to and I absolutely love Africa, it’s in my veins, blood and soul. How do you ‘collect people’, as it says in your Twitter bio? Through travel, you form friendships from across the globe. Just by taking the chance and saying hello.

What is your favourite mode of transport: Plane, boat, car, bike or foot? I get terribly seasick… but otherwise I don’t mind as long as I am going somewhere. What makes Cape Town the place you always want to come home to? The ocean. What are the people like, who you have met along your way? People are really just the same. Fundamentally we’re all just trying to find love and happiness. Can you speak any other languages? Afrikaans and Hebrew. If you had to pick between Mandela and the Dalai Lama to spend a day with, who would it be? I was lucky enough to meet Nelson Mandela. I’d like to have the same opportunity with the Dalai Lama. Best advice you can give anyone? Live consciously and with gratitude. Favourtie quote that motivates you? “Travel. It leaves you speechless then turns you into a storyteller” by Ibn Battuta.

A little mouse can serve as your very own â&#x20AC;&#x2DC;mini-meâ&#x20AC;&#x2122;: A personalised, tailor-made, copy of your unique biological system. And no, I am not taking the Mickey out of you.

John, (for ease of reference) about my father’s age (61), was given a deadly diagnosis of advanced pancreatic cancer. Most doctors would consider John’s a lost cause, giving him six months to live. Yes, doctors could try chemotherapy drugs one at a time or blast his tumour with a cocktail of these toxic chemicals, hoping that with time something might eventually work.

to combat the huge range of illnesses humans are susceptible to.

With John’s particular case, doctors and researchers had an additional option: Trying out potential treatments on 17 mice, each with an immune system mirrored to that of John’s own. After growing copies of John’s cancer within the mice, from engrafted pieces of his actual tumour, doctors discovered that John’s cancer was extremely sensitive to one particular drug – mitomycin C. When John was treated with this drug, his tumour went into remission and he went on to live for another seven years. How’s that for a Disney movie?

These recipient mice aren’t ordinary rodents. The furry heroes are designed to welcome, foster, entertain and nourish human cells. They are like tiny “Bubble Boys”, much like individuals with the genetic disease severe combined immunodeficiency (SCID), like Jake Gyllenhaal in that movie. Seeing that these SCID mice have no immune systems to recognise and attack foreign cells, they readily accept human cells into their bodies, allowing the human invaders to mature within the rodent hosts, now commonly referred to as humanised mice.

The human immune system (HIS) is a vastly complicated symphony with multiple layers of defenses, strings of interconnected networks and precise timing that is exquisitely composed

The day your local doctor can grow a colony of humanised mice with your immune system is still years away, but the movie becomes more realistically 3D every day.

The idea is that human immune cells can be engrafted in recipient mice in which a functioning HIS will repopulate. The reconstituted immune system can then be manipulated as if monitoring little humans without ever putting patients at risk.

At first incredibly intimidating for both his muscular physique and his ridiculous good looks (Those blue eyes OMG)... But once you sit down and get to know Ryan Botha you realise he is just your boy next door. A truly friendly warm man, with a very inviting smile thatâ&#x20AC;&#x2122;s extremely engaging.

So what was the trial at Manchester United like? I loved every second. Seeing boys like Beckham, Giggs, Scholes, Jaap Stam etc arriving for training everyday was surreal. What was it like featuring in both Men’s Health and Women’s Health (especially the latter)? It was a real honour. Both are very well respected mags so loved being on the cover of both. Most embarrassing movie you enjoy, but don’t tell people? Twilight Saga What’s the difference between soccer and football? (Laughs) Not much. Americans prefer using the word soccer. Do you believe that you have to pass acting class before you can become a professional soccer player? Depends which country you are from. What’s the strangest thing a photographer has asked you to do in front of the camera? Hide my penis better. Why the name Point Break? Because we find your breaking point.

What do you make of that outdoor gym in Sea Point? It’s simple, but effective. Can modeling be considered a real profession? Only for a lucky few. Do you drink? Very, very rarely. Do you remember what your first tattoo was? Of course, on my right ankle. Any secret ones that you have that we can’t see? Of course (winks). Dream holiday destination? New York and Bali. If you had to pick between Instagram and Facebook, which would it be and why? Instagram, less status updates Have you met anyone famous? Clint Eastwood, Kardashians, and many more. Guilty pleasure? Milkshakes. If you had to describe yourself in one word, what would it be? Loyal.

In the not-too-distant future, alcohol advertising in South Africa will be nothing but a distant memory. The government, having banned the advertising of cigarettes ages ago, has decided to go

after my other favourite vice: Booze. I have a serious problem with this, and this is why. John Nash, who you may remember as the crazy played by Russell Crowe in A Beautiful Mind, came up with a theory called Game Theory – the bane of economics students’ lives – which, when applied to advertising, kind of goes like this: When all cigarette companies were advertising, they were on a level playing field. When the advertising of tobacco was disallowed, the tobacco companies skrikked, but actually found themselves in the same position as before. The playing field was still level, people still smoked the brand of entjies that they always had and there was no discernible drop in sales. When Game Theory is applied to the South African alcohol industry, it means that South African Breweries

(SAB) will forever be enshrined as the dominant market leader. The only people who will be affected will be the micro breweries that are trying their hardest to chip away at SAB’s monopoly by producing quality beer. How can Darling Breweries, Mitchells, Napier Beers, Jack Black and the rest hope to compete when the South African public won’t know they exist? Sports teams sponsored by different booze brands will also be adversely affected. Castle Lager is a huge sponsor of sports. Who will step in to replace them? History has proven that the banning of advertising will not stop people drinking. People will drink if they want to drink. The only difference will be in how they are marketed to. Alcohol companies will try even more nefarious tactics to advertise to consumers, making them feel like the brand really cares about them. This guerrilla marketing is so much worse than seeing a logo on a team’s jersey, and to employ these strategies on impressionable young minds is abhorrent, but bound to happen. South Africa, get ready, this is about to get ugly.

“JUST BECAUSE WE HAVE CHISELED ABS AND STUNNING FEATURES, IT DOESN’T MEAN THAT WE TOO CAN’T NOT DIE IN A FREAK, GASOLINE-FIGHT ACCIDENT.” @stoneelephants 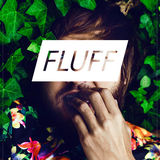