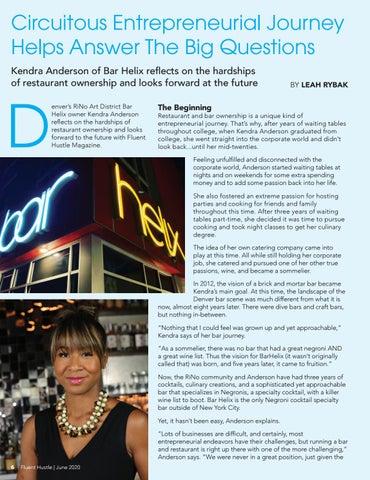 Restaurant and bar ownership is a unique kind of entrepreneurial journey. That’s why, after years of waiting tables throughout college, when Kendra Anderson graduated from college, she went straight into the corporate world and didn’t look back...until her mid-twenties. Feeling unfulfilled and disconnected with the corporate world, Anderson started waiting tables at nights and on weekends for some extra spending money and to add some passion back into her life. She also fostered an extreme passion for hosting parties and cooking for friends and family throughout this time. After three years of waiting tables part-time, she decided it was time to pursue cooking and took night classes to get her culinary degree. The idea of her own catering company came into play at this time. All while still holding her corporate job, she catered and pursued one of her other true passions, wine, and became a sommelier. In 2012, the vision of a brick and mortar bar became Kendra’s main goal. At this time, the landscape of the Denver bar scene was much different from what it is now, almost eight years later. There were dive bars and craft bars, but nothing in-between. “Nothing that I could feel was grown up and yet approachable,” Kendra says of her bar journey. “As a sommelier, there was no bar that had a great negroni AND a great wine list. Thus the vision for BarHelix (it wasn’t originally called that) was born, and five years later, it came to fruition.” Now, the RiNo community and Anderson have had three years of cocktails, culinary creations, and a sophisticated yet approachable bar that specializes in Negronis, a specialty cocktail, with a killer wine list to boot. Bar Helix is the only Negroni cocktail specialty bar outside of New York City. Yet, it hasn’t been easy, Anderson explains. “Lots of businesses are difficult, and certainly, most entrepreneurial endeavors have their challenges, but running a bar and restaurant is right up there with one of the more challenging,” Anderson says. “We were never in a great position, just given the 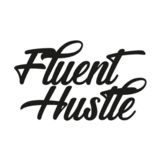 How Denver's Entrepreneurs Are Staying Positive and Succeeding