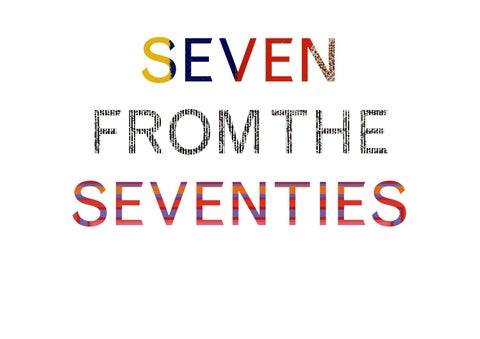 Seven by Seven in the Seventies Mel Gooding

The eighties, for those who can remember, was the decade when painting returned from exile, as Thomas McEvilley reported, to take its place once more in the mainstream of art. The seventies had been the decade when Conceptual and Minimal art had triumphantly consolidated themselves within the international discourse. Critically, they had been more-or-less universally validated, and their resort to diverse media – photography, video, pose and bodyactions, installation, documentation and the word, neon, industrial fabrication (anything but the hand-made) − had made painting seem redundant and hobbyist. As the story went, it was simply irrelevant. A worn-out art at the end of its tether, and of its usefulness, painting had become impossibly self-regarding, selfimportant, essentially uncritical in its engagement with the visible: an arty retreat from the relativity of material, political and social realities into a puristic (and puritanical) idealism. The so-called ‘new spirit’ painting of the early eighties gloried in its defiance of the modernist abstract (or any other established) aesthetic. Its products were often messy and childishly ‘bad’; it thrived on gesture and/ or an obvious pictorial symbolism; it was illustrational and figurative; it was parodic, inflected by irony, self-aware, reflexive, and happy to accommodate any stylistic nuance, or material accretion from the ‘real’ world. It was deadly serious, mind you: post-modern, but also accessible. Anything went. Oh yes, it was fun! But, of course, painting in the traditions of modernism had never really gone away, its ‘exile’ was nothing but a vivid rhetorical conceit. Abstraction was sixty years old, and continued to be astonishingly diverse and infinitely

changeable; figurative invention and re-invention had persisted and thrived. Out of the international limelight, painting, here and elsewhere, had simply got on with its business of adaptation, experiment and development. Painting perversely persisted in its perennial philosophical concern with visual perception and its critically tricky relations to the real. This selection of British abstractions from the early seventies is a brilliant demonstration of that persistence of intent and diversity of method. What do these paintings have in common? (For they seem to me to be wonderfully coherent as a group, even as they are each quite distinct from the others.) In the first place they are not concerned so much with the pictorial as with the unpredictable and purely visual outcome of a predetermined process. We are presented with an image that is implicit in an idea, but which does not exist until the idea has been realised in the painting, and the final image might at any point have been different, given a variant in the procedures of its realisation. These are artists who work with minimal rules but tight material and technical constraints. (Heidegger reminds us that the Greek techne, from which we derive the word technique, originally meant ‘to make appear’.) In each of these paintings, the making of the work discovers what is hidden in the logic of its starting point. What is discovered − brought into the realm of the visible – is necessarily unpremeditated: in every case, a marvellous surprise! (And of a kind that only painting can give us.) 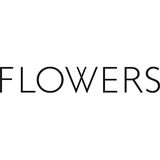 Seven from the Seventies

Seven from the Seventies