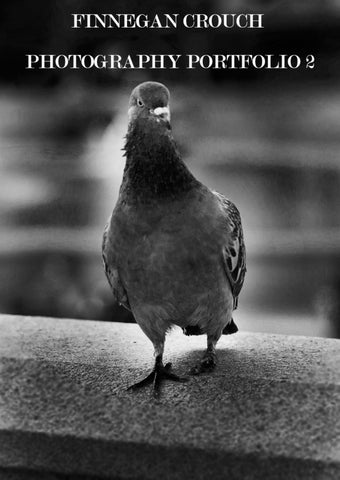 These are my trials of David Lebe and his work, I found that I really really enjoy this style, such as how the editing is really rewarding and the end results seem very similiar to his own work. So, this is most likely a photographer Iâ&#x20AC;&#x2122;ll do next concept.

After having a go at Micheleâ&#x20AC;&#x2122;s work as shown below I have decided that I probably wonâ&#x20AC;&#x2122;t keep on going with his style just as the editing is very tedious, I do like the outcome however so I may give it another go.

These are my trials of David Glass, these photos were sent to me by my family so I can’t take that credit yet it wasn’t really worth it as I don’t like how they ended up and so won’t come back to his style.

After doing some trials of Bettina Pauly I found that she is quite complicated and still I donâ&#x20AC;&#x2122;t really like her work, I may use a few skills of hers for my Concept 2 Outcome but that is it.

INCLUDE SKETC AGRAMS RE SIZ

EXPLAIN WHAT CONCEPT 3 IS ABOUT, IDEAS, THOUGHTS, ETC

RODCHENKO RESPONSE For this shoot I tried to focus on the emotion that is conveyed through Rodchenkoâ&#x20AC;&#x2122;s work. With the use of minimilism and monotone shading, Rodchenjo manages to present an aura of comfort and safety, allowing the viewer to be present in the moment. For my take I believe that the photos encapsulate a warm and adventurous mood, documenting the feeling of being a teenager by going to places where you arenâ&#x20AC;&#x2122;t supposed to be with your friends. For the shoot I used an I-Phone 5s camera and surprisingly enough managed to effectively photograph depth of field and contrast between the model and the background. However, it was difficult to get really good photos due to the quality of the camera not being very high. When it finally came to editing the photos I noticed that Rodchenko had a natural scratch effect due to the age of the camera and the how the photos where developed, so I decided to download a scratch edit and apply it to black and white edits.

NAAR EVALUATION For my Naar shoot I decided that I should try and focus on what the more disenfranchised parts of the UK were creating and tagging. While I was on my way to Birmingham, in order to work at a festival, I decided to have a look around for anywhere that had been tagged. Just round the corner from where I was staying I found a whole building that had a huge collection of graffiti on the front that seemed to have been painted over a long period of time. In order to capture the whole piece I decided to take partial photos of each section, one green, one red and one yellow along with a few that were of the whole building, however I found that part a little tricky as the street it was on was very narrow. In order to capture the whole building I asked a shopkeeper from across the street if he had any sort of ladder to get a higher viewpoint yet all he had was a small chair so I had to make do. After all the hassle I took some photos of the art but only had my phone on me at the time, so took quite a while to actually photograph the piece. When it came to the other parts of the shot, I found one alley only a few streets away from where I was working that had smaller taggings all along and what seemed like a centrepiece about three quarters of the way down. A van had been completely changed with graffiti all over and so I got snapping. Although I really enjoyed the shoot, I donâ&#x20AC;&#x2122;t think that I will attempt something like this for a while just due to time. To get to Birmingham it took about 5 hours with a few stops on the way and so would be very difficult for me to get back there again over a weekend. In terms of the actual photos, I really enjoyed documenting the more creative side of the city, the part that most people would either shrug off or shun. In terms of my concept I think that this shoot mainly goes along with the style of Jon Naar, presenting it self as a take on his work more than actually a representation of how people have used graffiti to express their views ofthe world. However, it could be seen as exaclty that, the only way that people can express themselves is through art.

FINAL PIECE IDEAS With previous contemplation on how I want to represent both the transformation of the planet along with the transformation of the mind in terms of growing or deteriorating mental health, I have decided that I want to create two or three large physical pieces varying in both size and developmental style. One being a graffiti board seperated in to sections in a type of pattern, with each section representing a part of mental health, climate change or a balanced mix of both. Along the middle will be a phrase that relates to the chosen subject, such as ‘If this is life, then keep changing’, ‘If this is life, then what’s the point’ or ‘There is no Earth two’. Each of these will most likely be tweaked depending on the adaptation of the news and any other ideas that may influence my decisions. Then the next idea and most likely the idea I will be going with, is a hollow column with a series of varying photos flipped on both sides of card, they will be fixed vertically but be able to be spun around in order to make two different lists of photographs. Due to the two themes that I want to develop, I will create two seperate but exact in design and creation pieces so that I have the capability to portray two large problems facing not only myself and my age group, but all of humanity. I would say that I am trying to combat the ignorance from the government and people in general by using ‘illegal’ graffiti as a cover for what the real problems that should be fought against are. Second half of my school work.

Second half of my school work.