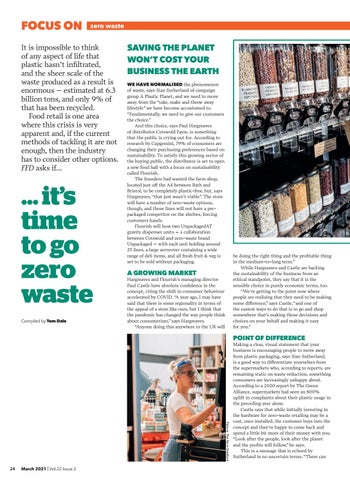 It is impossible to think of any aspect of life that plastic hasn’t infiltrated, and the sheer scale of the waste produced as a result is enormous – estimated at 6.3 billion tons, and only 9% of that has been recycled. Food retail is one area where this crisis is very apparent and, if the current methods of tackling it are not enough, then the industry has to consider other options. FFD asks if...

SAVING THE PLANET WON’T COST YOUR BUSINESS THE EARTH WE HAVE NORMALISED the phenomenon of waste, says Sian Sutherland of campaign group A Plastic Planet, and we need to move away from the “take, make and throw away lifestyle” we have become accustomed to. “Fundamentally, we need to give our customers the choice.” And this choice, says Paul Hargreaves of distributor Cotswold Fayre, is something that the public is crying out for. According to research by Capgemini, 79% of consumers are changing their purchasing preferences based on sustainability. To satisfy this growing sector of the buying public, the distributor is set to open a new food hall with a focus on sustainability called Flourish. The founders had wanted the farm shop, located just off the A4 between Bath and Bristol, to be completely plastic-free, but, says Hargreaves, “that just wasn’t viable”. The store will have a number of zero-waste options, though, and those lines will not have a prepackaged competitor on the shelves, forcing customers hands. Flourish will host two UnpackagedAT gravity dispenser units – a collaboration between Cotswold and zero-waste brand Unpackaged – with each unit holding around 25 lines, a large serveover containing a wide range of deli items, and all fresh fruit &amp; veg is set to be sold without packaging.

Hargreaves and Flourish’s managing director Paul Castle have absolute confidence in the concept, citing the shift in consumer behaviour accelerated by COVID. “A year ago, I may have said that there is some regionality in terms of the appeal of a store like ours, but I think that the pandemic has changed the way people think about consumerism,” says Hargreaves. “Anyone doing this anywhere in the UK will

be doing the right thing and the profitable thing in the medium-to-long term.” While Hargreaves and Castle are backing the sustainability of the business from an ethical standpoint, they say that it is the sensible choice in purely economic terms, too. “We’re getting to the point now where people are realising that they need to be making some difference,” says Castle, “and one of the easiest ways to do that is to go and shop somewhere that’s making those decisions and choices on your behalf and making it easy for you.”

Making a clear, visual statement that your business is encouraging people to move away from plastic packaging, says Sian Sutherland, is a good way to differentiate yourselves from the supermarkets who, according to reports, are remaining static on waste reduction, something consumers are increasingly unhappy about. According to a 2020 report by The Green Alliance, supermarkets had seen an 800% uplift in complaints about their plastic usage in the preceding year alone. Castle says that while initially investing in the hardware for zero-waste retailing may be a cost, once installed, the customer buys into the concept and they’re happy to come back and spend a little bit more of their money with you. “Look after the people, look after the planet and the profits will follow,” he says. This is a message that is echoed by Sutherland in no uncertain terms. “There can 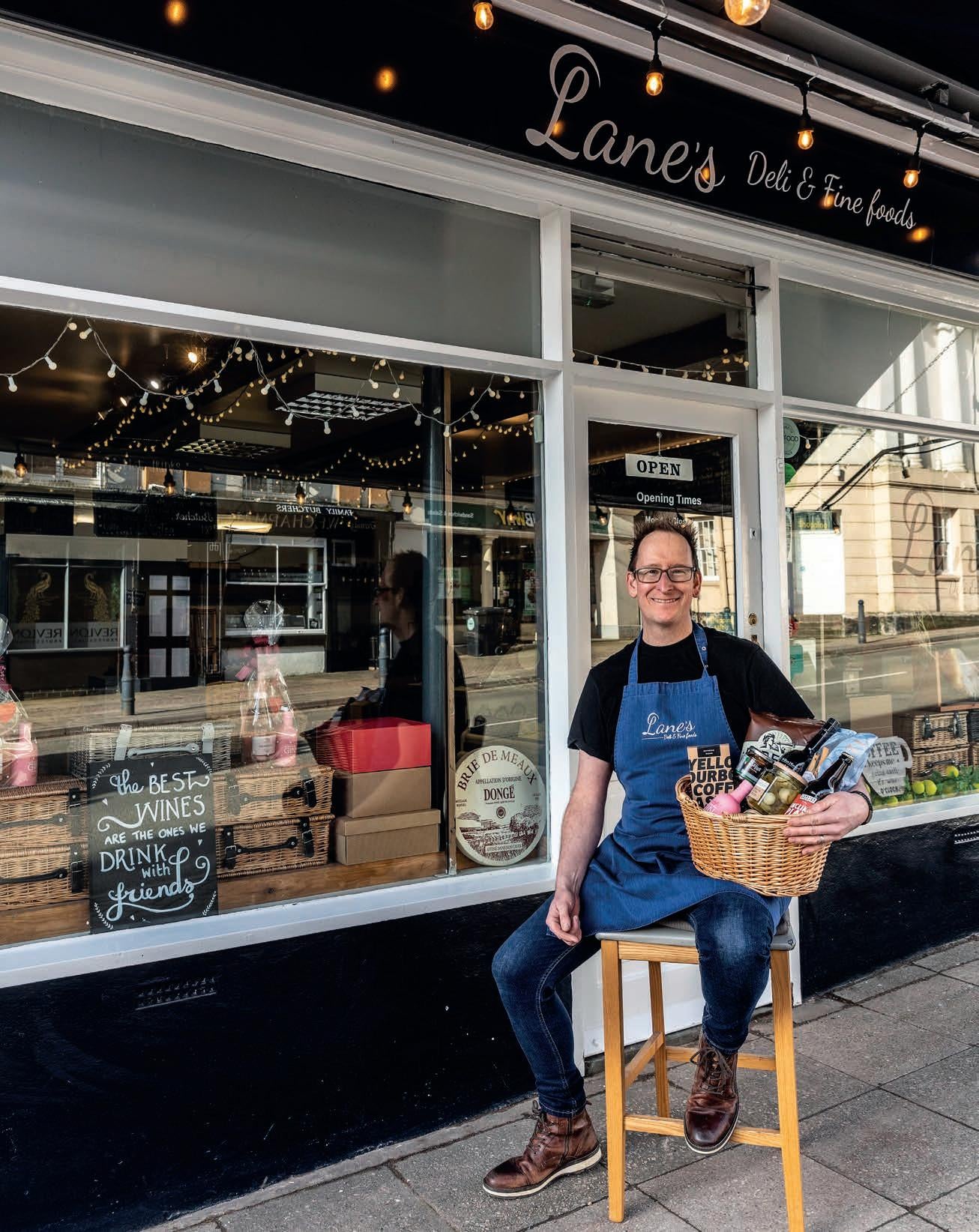 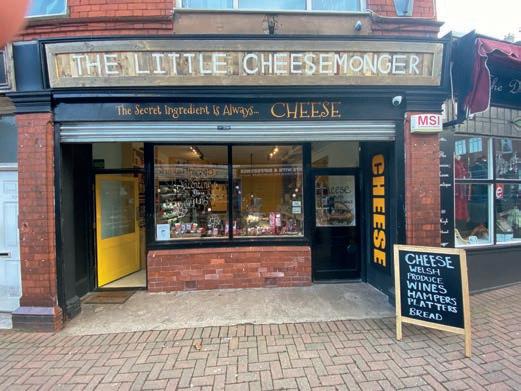 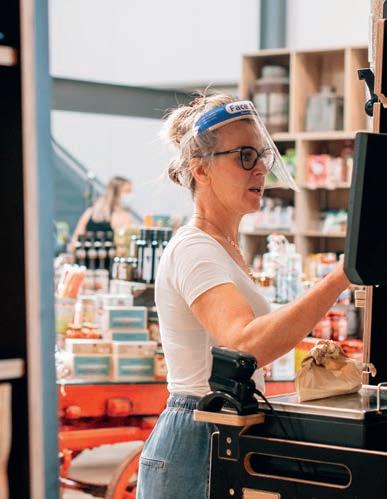 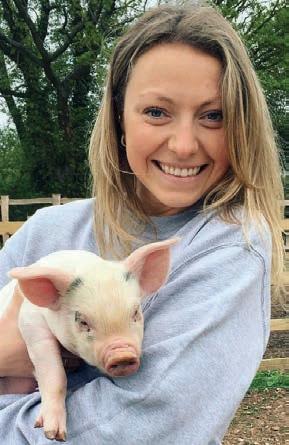 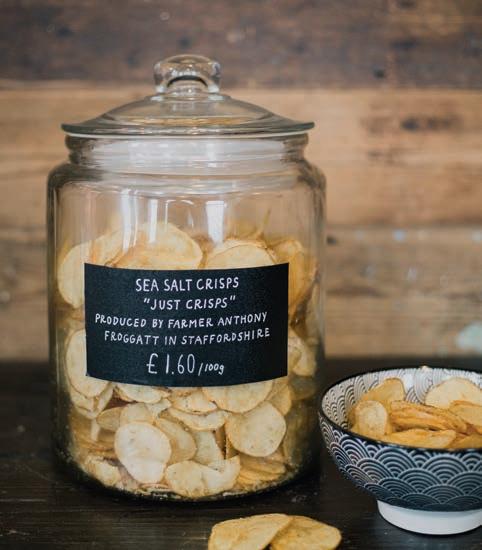 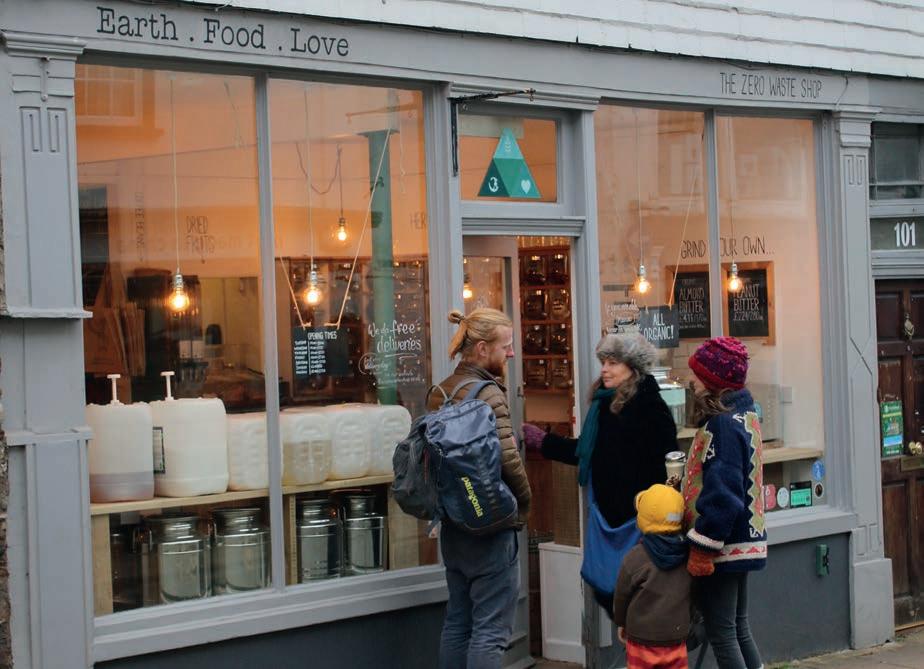 DELI OF THE MONTH 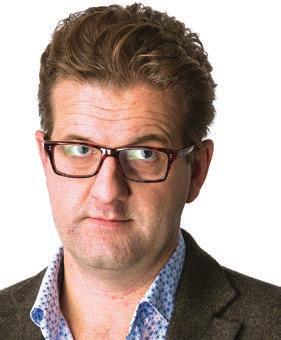