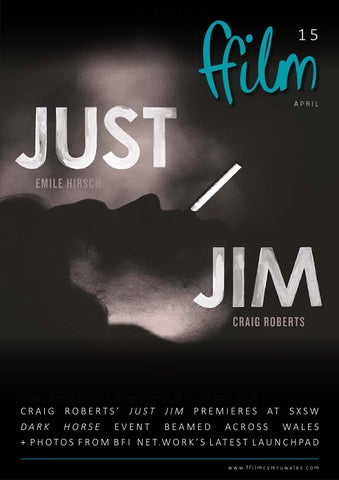 D A R K HORSE Sundance Award winner Dark Horse: The Incredible True Story Of Dream Alliance will be launching in cinemas across Wales this week, following the special live satellite premiere event from Blackwood. At the red-carpet event, key characters from the film - Jan Vokes, Brian Vokes and Howard Davies - were joined on stage by director Louise Osmond and producer Judith Dawson to answer questions from the audience and panel host Lisa Rogers. This unique event was beamed by satellite to cinemas across Wales. Dark Horse tells the larger than life true story of how a barmaid in a former mining village in South Wales bred a racehorse, Dream Alliance, on her allotment that went on to become a champion. An inspirational and life affirming true story, Dark Horse: The Incredible True Story Of Dream Alliance won the Audience Award in the World Cinema Documentary Competition at the Sundance Film Festival this year. Directed by Louise Osmond, the film will be released in the UK and Ireland on 17th April 2015 through Picturehouse Entertainment. The film is co-financed by Film4, the BFI Film Fund and Ffilm Cymru Wales. Read more and watch the trailer at www.ffilmcymruwales.com

L A U N C H PA D Here are some photos from last monthâ&#x20AC;&#x2122;s BFI NET.WORK Wales Launchpad event for emerging BAME filmmakers. At the end of March, BFI NET.WORK Wales hosted a Launchpad event for emerging film talent at Chapter Arts Centre. The sold-out day of talks, workshops and screenings had a BAME focus, with speakers including writerdirector CampbellX, Film Londonâ&#x20AC;&#x2122;s Deborah Sathe, and Calum Gray from Independent Film Group. There will be more Launchpad events later this year- follow BFINetworkWales on Twitter and Facebook for the latest news and events.

Head of Creative Sector Development Hannah Thomas joined Craig Roberts at SXSW for the premiere of his debut feature film Just Jim. See what else the Texan festival had to offer.

The South by South West film, music and interactive media festival attracts some of the industry’s best and brightest from across the globe. While in Austin, Texas to support Welsh actor, writer and director Craig Roberts at the world premiere of his debut feature Just Jim, FfCW’s Hannah Thomas also attended various events, talks, screenings and meetings. These included a keynote address from Mark Duplass, who discussed the changing models of film and television distribution and production, and a seminar led by Jeanie Finlay (director of FfCW-supported documentary Orion) exploring the allure and power of ‘small’ filmmaking. Other events included in-depth discussions on crowd-funding, intellectual property in film and interactive media, and blurring the line between performance and participation. Just Jim premiered on the Saturday to a very warm reception. Produced through FfCW’s Cinematic scheme, and backed by the BFI, BBC Films, Creative Skillset and S4C, the comedy drama tells the story of Jim, a teenage loser whose life is turned inside out by the appearance of an enigmatic, handsome neighbour. As well as writing and directing, Maesycwmmer’s Roberts, who shot to fame with his role in Welsh film Submarine, also stars in the film opposite American actor Emile Hirsch (Lone Survivor, Into the Wild). The cast of Just Jim also includes a host of familiar Welsh film faces, including Richard Harrington (Y Gwyll / Hinterland) and Nia Roberts (Patagonia). The film will be released in UK cinemas later this year by Soda Pictures.

Buy tickets on arrival or book online at www.filminafan.com contact DAnsa on 01639 751 067