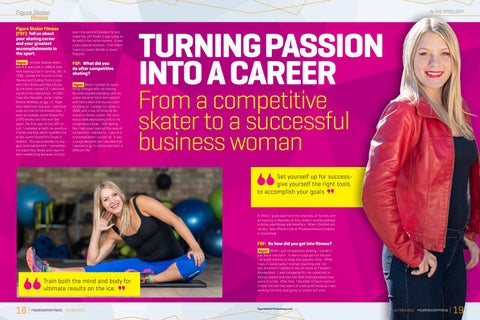 Figure Skater fitness Figure Skater Fitness (FSF): Tell us about your skating career and your greatest accomplishments in the sport. Signe: I started skating when I was 8.5 years old in 1996 at East York Skating Club in Toronto, ON. In 1998, I joined the Toronto Cricket Skating and Curling Club to train with Ellen Burka and Petra Burka. By the time I turned 12, I was landing all of my triple jumps. In 2001, I was the Canadian Junior Ladies Bronze Medalist at age 13. Right after Nationals that year, I switched clubs to train at the Granite Club. I went to multiple Junior Grand Prix (JGP) events over the next few years. My first year on the JGP circuit, I medalled at both my events in France and Italy, which qualified me to the Junior Grand Prix Finals in Holland. This was probably my biggest accomplishment. I remember my coach Mrs. Burka and I were in tears celebrating because not only

was I the second Canadian to ever make the JGP finals, it was going to be held in her home country. It was a very special moment. From there I went to Junior Worlds in Czech Republic.

FSF: What did you do after competitive skating? Signe: When I turned 16, every-

thing changed with my skating. My body started changing, and my jumps became more inconsistent and that’s when the injuries started piling on. I ended my career in 2006, with a top 10 finish at Nationals in Senior Ladies. For me it was a really depressing end to my competitive career. I left feeling like I had never reached the level of competition I wanted to. I was at a crossroad when I turned 18. It was a tough decision, but I decided that I wanted to go to school and start a different life.

TURNING PASSION INTO A CAREER

From a competitive skater to a successful business woman

In 2010, I graduated from the University of Toronto with an honours in Bachelor of Arts, where I studied political science, psychology and bioethics. When I finished university, I was offered a job at Pricewaterhouse Coopers in Consulting.

FSF: So how did you get into fitness? Signe: When I quit competitive skating, I couldn’t

Train both the mind and body for ultimate results on the ice.

just leave the sport. It was a huge part of me and I so badly wanted to keep that passion alive. While I was in universality I started coaching and for two summers I skated in the ice show at Canada’s Wonderland. I also competed for my university in Varsity events and won the OUA Championships two years in a row. After that, I decided to focus more on school the last two years of undergrad because I was working full time and going to school full time.

Figure Skater Fitness Magazine is a digital magazine that is released quarterly. Our mission is to provide figure skaters, coaches and parents with leading information on everything you need to know about what it takes to train like a figure skater off the ice. We are your number one source for figure skater fitness, nutrition, mental training, injury prevention, and glamour. We strive to motivate and educate figure skaters of all ages and levels to aim for excellence. – The very first issue of Figure Skater Fitness Magazine (October 2015) with Signe Ronka (founder and editor-in-chief) in the spotlight; - Sport specific training: energy systems and muscle activation; - Injury Prevention- 12 PAK Warm Up vs Figure Skater Bootcamp Warm Up; - Why ballet training is important for figure skaters - Fitness insider – workouts; - Nutrition insider; - Injury prevention; - Talent- It’s not the gift, it’s the grit that counts; - Figure skaters talk; - Glamour 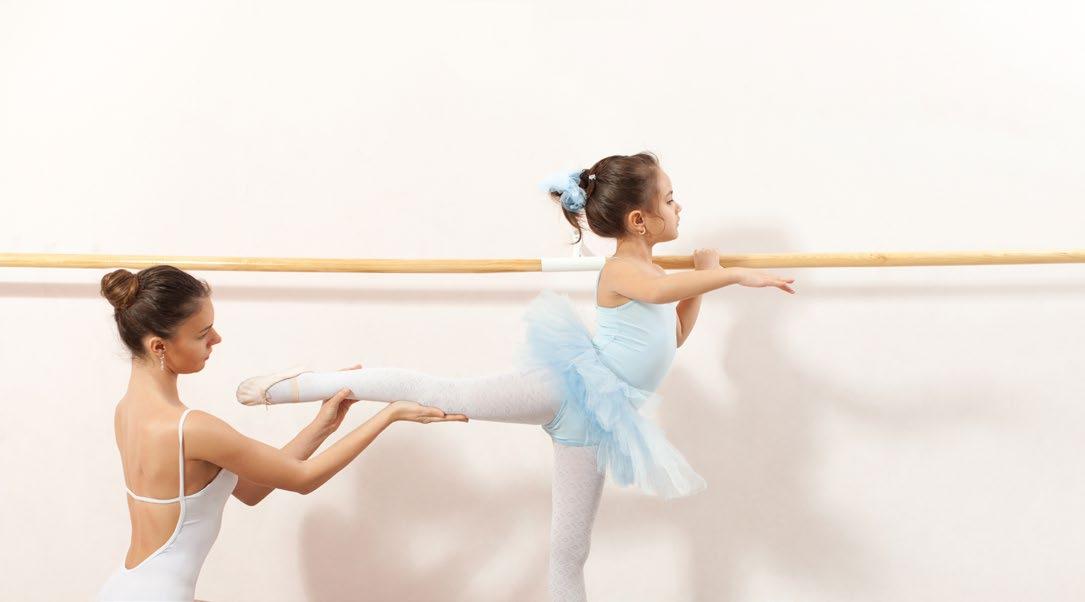 Stand with feet slightly more than hip distance apart and turn the toes slightly out. Squat down past 90 degrees until your butt