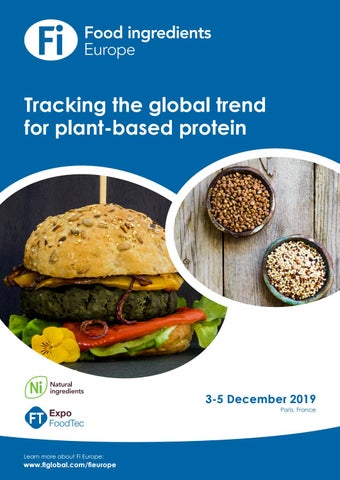 Tracking the global trend for plant-based protein Plant proteins have muscled into the global food and drink market as food trends have converged with environmental and health concerns. Once the preserve of bodybuilders and serious athletes, interest in protein has gained ground among mainstream consumers who want to feel fuller for longer after a meal or preserve muscle and bone mass as they age, as well as among amateur fitness enthusiasts for building lean muscle and for post-exercise recovery. Combined with interest in more natural foods and concerns about the health and environmental impacts of eating too much meat and dairy, this has led a growing number of consumers to embrace plant-derived proteins. Environmental concerns are driving yet more change in protein sources. In France, for instance, 52% of consumers says they are limiting their consumption of red meat for environmental reasons according to Mintel.

Mintel report: The Future of Meat, Poultry and Fish, 2019

Europe also leads the way in meat substitute product launches with France leading the list according to Mintel.

The relatively high cost of meat is another reason why some consumers are turning to more plant-based diets. More than one in five (21%) people who are reducing their meat consumption in the UK say they are doing so for cost reasons, according to Mintel. And for food makers, cost is a compelling reason to consider plant proteins in all its forms, as they are significantly cheaper to produce than meat or dairy-derived proteins. However, a lack of protein is not the issue, as average protein consumption in most countries exceeds requirements. In some Western European countries, like the Netherlands, Spain, Germany, Sweden and the UK, average intake is twice the recommended amount, according to Euromonitor International. While many consumers might perceive that more is better, the timing of protein intake is likely to be more important than quantity in non-deficient populations, especially for building and repairing muscle.

Main sources of plant-based protein Soy remains by far the most widely used plant protein ingredient in packaged foods, but demand is also high for newer ingredients. According to Euromonitor, the most promising future protein sources are peas, hemp, seaweed and ancient grains, such as chia, buckwheat and amaranth. It singles out peas and hemp as compelling alternatives to cowâ&#x20AC;&#x2122;s milk and dairy ice cream, while it says other plant proteins may be better suited as secondary ingredients in savoury snacks and baked goods. Meanwhile, Leatherhead Food Research says soy accounts for 56% of the global market, but pea protein is one of the fastest growing plant proteins in new product launches. The number of new products containing pea protein increased 49% from 2013 to 2014, it says, adding that a key benefit is that peas are a less common food allergen than soy or wheat. Leatherhead also highlights the potential of protein from algae, which it calls â&#x20AC;&#x153;perhaps the most abundant protein on the planetâ&#x20AC;?.

Creating meat alternatives from plants Vegetarian protein options have come a long way from the bland lentil and tofu products of the past as companies have made major advances in creating more convincingly meaty foods. One of the biggest hurdles for manufacturers of meat alternatives has been in producing plant-based products that mimic meat in its appearance and texture. Breakthroughs in extrusion technology have produced plant-based protein products that tear like chicken, and companies have developed ingredients that give a meatier appearance to vegetarian burgers.

Among those making international headlines are US-based Beyond Meat with its use of beetroot juice to create a burger that ‘bleeds’, and Impossible Foods with its soy-derived heme, an iron-rich compound that gives meat its colour as well as its slightly metallic taste. According to Pretima Titoria, Senior Consultant, Applied Science at Leatherhead Food Research, one of the challenges for product developers is Source: itsgreenish.nl

that plant proteins have different textures, and vary in solubility, how they hold water, and in their thickening and gelling properties:

“In-depth knowledge of the protein behaviour is needed in order to identify the right plant protein for a specific product application.” “However, it may be challenging to deliver the right textural profile with just one protein, and therefore another route is to explore the effect of blending different proteins together.” Impossible Foods, for example, uses a blend of proteins from wheat and potato, combined with hydrocolloids, to create a more meaty texture. In addition, plant proteins present flavour challenges, and companies have come up with variety of approaches to tackle them. Pea protein supplier PURIS has focused on minimising off-flavours at the seed level, for example, while NIZO Food Research has found enzymes that can degrade hexanol, one of the key compounds responsible for undesirable flavour and aroma in soy and pea proteins. Other approaches include pairing protein ingredients with complementary flavours, like honey, toffee, banana, nuts or cocoa, depending on the protein, or using flavour masking ingredients that block certain taste receptors.

Plant protein in dairy applications Just as soy is the main plant protein ingredient used in meat alternatives, it also has dominated plant-based milk alternatives for decades, but that is beginning to change. Innovations from rice, almonds, coconut and oats have been steadily increasing, and new milk alternatives based on rice overtook those based on soy for the first time in 2016. Globally, plant-based milks made from soy accounted for 39% of new products in 2013, but that slipped to 21% in 2017, when more new milk alternatives were derived from rice (23%) and almonds (22%), according to Mintel data. Oat- and coconut-based milks also took a big chunk of the market, each accounting for 14% of new products.

However, although many people think of these as good sources of plant protein, that is often not the case, according to Aisling Pigott, a registered dietitian and spokesperson for the British Dietetic Association:

“People are thinking they are fabulous as a replacement to cow’s milk, but that’s a common misconception.” “People think it is a like-for-like product. They are a very useful source of calories and calcium but have a small amount of protein.” While some dairy alternatives, such as those based on rice, cashew, coconut and almond contain very little protein – or none at all – others, such as pea and soy milks, contain about as much protein as cow’s milk. In addition, some brands use plant proteins to fortify products that do not contain a lot of naturally occurring protein. The Canadian dairy alternatives brand Daiya, for example, uses pea and potato protein in its vegan yoghurts. Apart from their protein content, another concern with dairy alternatives is that people tend to think an organic product is more nutritious, Pigott added.

“Organic means it’s got nothing added to it.” That means the product is not going to be a good source of calcium either. Meanwhile, Mintel has identified a potential opportunity in blends of plant milks and dairy milk, which could help mitigate both environmental and nutritional concerns. In a 2017 survey across five European countries, it found that while only 12-18% of consumers said they preferred the taste of plant-based milk alternatives, 27-45% of respondents were interested in trying blended products. Polish and Italian consumers reported the greatest interest.

Blending with protein Increasingly, food manufacturers have found ways to use plant proteins in other products too, including in clear beverages, or to add crispy textured pieces to cereals and snack bars. These products benefit from a protein boost, but using plant-derived ingredients may also avoid some of the technical problems associated with animal proteins, such as limited shelf life or undesirable flavours.

Plant proteins growing in sports nutrition Alongside mainstream foods, plant protein options have multiplied in specialist nutrition products. Dairyderived proteins have been the gold standard in sports supplements for years, especially protein powders, but also in high protein bars and smoothies. However, as more elite athletes have turned to plant-based proteins, professional sportspeople and amateurs alike no longer feel that being vegetarian, or even vegan, excludes them from the protein supplements market. Nutritionally, whey protein is attractive because it contains the full complement of essential amino acids and is highly bioavailable, meaning it is easily used by the body. Soy, hemp and pea proteins are also complete protein sources, but some are less bioavailable than others. Pea protein, for example, contains lower levels of the amino acid methionine and its digestibility is limited by other components, such as tannins. However, as long as plant protein sources are varied, this shouldn’t be a problem, according to Pigott.

“Pairing is very easily done. A mixed and varied vegetarian or vegan diet generally meets all your protein requirements in a day, even for athletes. The problem for athletes is about the timing of their intake. It’s not about how much they are having, but about trying to get the right amount of protein at the right time.” While athletes increasingly are interested in using plant proteins for muscle recovery and muscle building, a big challenge for plant-based sports nutrition is getting enough protein in a serving for elite sportspeople, as some plant-derived products can be quite bulky. Piggot explains:

“It completely depends on the product, but 8-10 grams of protein is not going to be quite enough. It compares to a glass of milk.”

Where next for plant proteins? The trend toward plant proteins has caught the eye of investors too, and not only for their potential in vegetarian and vegan diets. If vegan foods are tasty enough to attract meat-eaters â&#x20AC;&#x201C; and wealthy meat-eaters in particular â&#x20AC;&#x201C; they could make a significant difference to how the world produces food. Much of the investment, like much of the innovation in this space, has come from North America, but the biggest dairy- and meat-alternative companies now are going global. Increasingly, even meat companies are investing in the meat-free market. The biggest U.S. meat producer, Tyson Foods, has started referring to itself as a protein company, and last year it was part of a USD 55 million funding round for Beyond Meat. Also in 2017, the Canadian packaged meat company Maple Leaf Foods paid USD140 million for Lightlife Foods, a plant proteins specialist responsible for 38% of U.S. refrigerated plant protein sales, according to AgFunder, and Japanese healthcare company Otsuka Pharmaceutical Co acquired Canadian dairy alternatives firm Daiya, for a reported USD 325.5 million. Available in 25,000 U.S. supermarkets, Daiyaâ&#x20AC;&#x2122;s products are also available in Australia, Hong Kong and Sweden, among others.

Beyond protein Although the focus is often on how consumers replace commonly consumed animal proteins, the protein content of meat and dairy alternatives is just one part of their appeal. General interest in such products is about much more than protein, as consumers perceive that a plant-based diet may have an edge from an ethical perspective as well as a nutritional one. Therefore, meat and dairy alternatives represent a broader dietary shift, sometimes away from foods that are higher in protein, as well as saturated fat. However, despite the importance of sustainability and nutrition, taste is still the most important factor for consumers when deciding which food to buy, according to the International Food Information Council. As companies make improvements to plant-based foods that replace meat and dairy, their long term success may depend on flavour above all else.

The information provided here was compiled with due care and up to date to the best of our knowledge on publication. 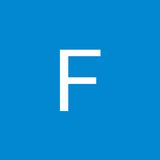