Walking the streets of Ferrara

The UNESCO World Heritage town of Ferrara is just one of the places that we visited during the time we spent away from Bologna as part of our greater tour following the Mille Miglia 1000 mile car rally, during the #Blogville campaign.

15th centuries (one even has a moat!), wonderful food and very friendly locals. It also has some of the most wonderfully preserved outer walls of any town in the country. Following those walls are bike paths and the city in general is very bicycle friendly.

Itâ&#x20AC;&#x2122;s a wonderful brick medieval-feeling town with wide streets, palaces that were built in the 14th and

Apparently in the 15th and early 16th centuries, Ferrara became a cultural center that was well known for 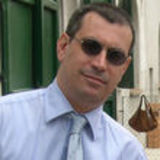