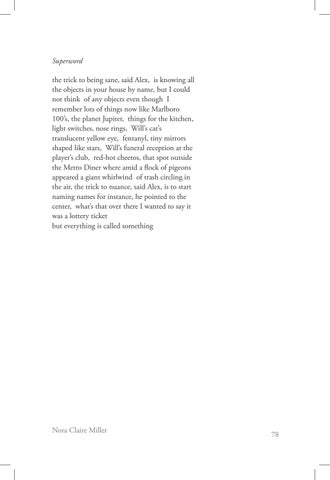 Superword the trick to being sane, said Alex, is knowing all the objects in your house by name, but I could not think of any objects even though I remember lots of things now like Marlboro 100’s, the planet Jupiter, things for the kitchen, light switches, nose rings, Will’s cat’s translucent yellow eye, fentanyl, tiny mirrors shaped like stars, Will’s funeral reception at the player’s club, red-hot cheetos, that spot outside the Metro Diner where amid a flock of pigeons appeared a giant whirlwind of trash circling in the air, the trick to nuance, said Alex, is to start naming names for instance, he pointed to the center, what’s that over there I wanted to say it was a lottery ticket but everything is called something 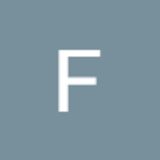