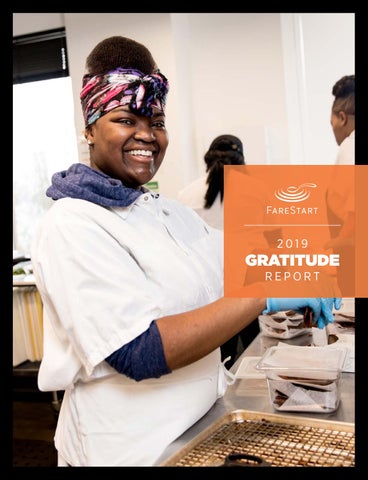 Every individual has the opportunity

to thrive in an equitable and just world.

OUR VALUES ACCEPTANCE We build relationships based on the belief that the past informs but does not dictate the future. RESPECT We treat everyone with dignity, regardless of background or differences. We actively listen and seek first to understand. We are honest, even when it is difficult. OPENNESS We create a culture of trust through transparency and open communication. We are open to new ideas.

ACCOUNTABILITY We are responsible to each other, to our community and ourselves. We are committed to rigorous evaluation and making fiscally responsible decisions that align with our mission. INCLUSION We provide a community of belonging, regardless of background. We value and seek out diversity. GROWTH We are a learning organization. We invest in continuous improvement and growth.

COLLABORATION We contribute positively to strengthen the organization and our impact through teamwork and through partnerships.

OUR JOURNEY TOWARD A MORE EQUITABLE AND JUST WORLD When students walk through FareStart’s doors, they begin the next chapter of their lives. Students get more than valuable job training from our kitchens, dining rooms, cafes and classrooms. They receive a sense of belonging, encouragement to believe in themselves and hope for a better future. With each unique journey, we forge new opportunities for our students to thrive in ways they might never have imagined possible. We respect the great difficulty many of our students experienced on the roads that led them to FareStart, all the barriers that stood in their way— barriers like homelessness and incarceration, which disproportionately impact communities of color. In 2019, we renewed our vision, mission and values with all of these barriers in mind in ways that deepen our commitment to anti-racism and living by our values of inclusion, respect and accountability. It’s our duty to bring that commitment to every decision we make at every level of our organization, from our kitchens and classrooms to our recruiting and hiring practices, from our partnerships with local food partners to our leadership of a thriving, national network of Catalyst Kitchens member organizations. As we look back on highlights from 2019, what seems like a lifetime ago, we look forward to continuing our journey with all the students, partners, volunteers, donors and employees who share in our belief that every individual deserves the opportunity to thrive in an equitable and just world. Thank you for being part of our journey, and for believing that change is possible, even in the most challenging of times.

RETENTION MATTERS Getting a job is the first step, a huge one. So is the next one, and the one after that— showing up day after day, building on the knowledge, skills and self-confidence that FareStart nurtures in every student. In 2019, 75% of Seattle area adult graduates retained their jobs 6 months after graduation.

97% 235 of adult graduates were hired within 90 days of graduation.

“ Before this apprentice program, I just felt like life was on hold. I knew the life I wanted was waiting for me. I just had to go out and get it.” — Ben, Foodservice Apprenticeship graduate

“ Just seeing the positive change and getting people from surviving to thriving is great from a business side of things, because they are good workers and loyal, but more importantly, they are people.” — Chef Jim Campbell, Executive Chef, The Rainier Club &amp; FareStart employer partner

“ I learned a lot at FareStart. I learned that there are people who care and will help you with a positiveness that is unreal.” — Nick, Adult Culinary graduate

“ When I found out that I could go to school, do this program, get paid for it and earn school credits at the same time I

knew it was a good program. I get here an hour early because I love it so much.” — Lexi, Youth Culinary student

Through FareStartâ&amp;#x20AC;&amp;#x2122;s national initiative Catalyst Kitchens, we teamed up with more than 140 nonprofit organizations across North America. Together, we are working to end joblessness, poverty and hunger.

“ FareStart’s Catalyst Kitchens team has been truly awesome to work with! From helping us with feasibility studies, to hosting us for model immersion workshops, to just being there to answer questions when they come up. Whenever we have needed guidance in creating our program or help when we hit snags, the program managers at CK have always been so helpful.” — Kailey Bear, Opportunity Kitchen at Columbia Industries

ALLEVIATING HUNGER Since 1992, weâ&amp;#x20AC;&amp;#x2122;ve prepared more than 12.5 million meals for schools, shelters, healthcare centers and childcare providers in the Seattle area. Weâ&amp;#x20AC;&amp;#x2122;re building strong relationships with local farms to ensure a ready supply of the freshest ingredients for the community meals we serve 365 days a year.

11.4 MILLION meals provided to communities across North America through FareStart and our Catalyst Kitchens member network

RECOVERING FOOD, REDUCING WASTE, AND LOWERING COSTS SO WE CAN FEED MORE PEOPLE IN NEED Through a multi-year initiative powered by AmeriCorps VISTA, weâ&amp;#x20AC;&amp;#x2122;ve more than doubled the amount of donated food we use in our kitchens in recent years. Between 2017 and 2019, FareStart received over 275,000 pounds of recovered food, saving us nearly $400,000, which directly benefited all of our training programs.

* Administration Expense includes a one-time noncash adjustment of $8.1MM related to facilities closure. Intercompany balances have been eliminated in consolidation.

For a copy of the audited financial statements, please contact Ryan Dean at (206) 267-7603 or find them on www.farestart.org

WE COULDNâ&amp;#x20AC;&amp;#x2122;T DO THIS WITHOUT YOU! Everything we do at FareStart is fueled by people like you. Dedicated volunteers. Generous donors. Collaborative partners. Everyone who shows up to support us plays an invaluable role in transforming the lives of our students.

“ We are paying it forward with our students, and if they can do the same and pass it along, then maybe, just maybe more good will happen.” — Chef Laura, FareStart graduate and chef instructor

Mural from the FareStart Restaurant, which was refreshed in 2019. 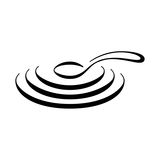