HOT ON THE TRAIL 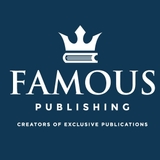 from The Ridge 121
by famouspublishing 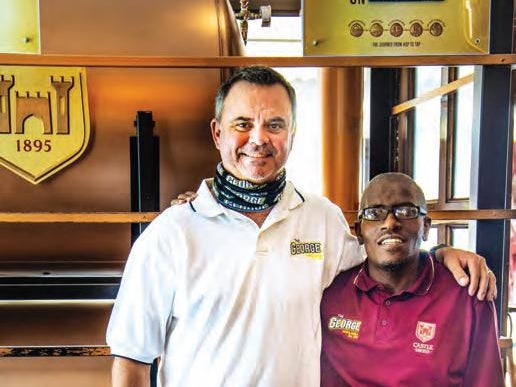 PETE AT THE GEORGE

BUZZ BOLTON MAY HAVE FOUNDED RIVERSIDE TRAIL RUNNERS 10 YEARS AGO, BUT HE’D FAR RATHER TALK ABOUT THE CONTRIBUTION OF THE MEMBERS, THE GREAT CAMARADERIE, AND THE SUPREME PLEASURE OF BEING OUT THERE IN NATURE, WRITES ANNE SCHAUFFER

Buzz is the founder of Riverside Trail Runners, and he’s in total agreement when his wife Hildegard calls him “obsessed” with trail running. “I am,” he says, loud and proud.

Buzz has been running for 45 years, completed 21 Comrades, eight of them unofficially. He and a friend began a Comrades Green Number club called the Not To Finish, designed for those who did all that Comrades required of them – except complete it. “I’d get to Cato Ridge on the up run and Kloof on the down run, then say cheers and head off to the golf club or Stokers for a couple of cold beers with the family and fellow participants. Sixty-three k'S were ample.”

So, Buzz is no stranger to road running, competing … or, indeed, getting a group going. Like Riverside Trail Runners.

His switch from road to trail was somewhat accidental: “I was told there was a very hard-to-come-by ticket up for grabs for the legendary Rhodes Marathon, and did I want it? I’d been in the army in the Grahamstown area, had clients in Mount Frere, so revisiting the area really appealed. I said yes. Then I Googled it – I had it all wrong. This was a 50km race in the town of Rhodes near Tiffindell Ski Resort, with temperatures at times around -18.” Buzz managed a little training in Giba Gorge with others who were heading for another legendary race, the Mont Aux Sources, then off he set for Rhodes.

“I knew nothing and no one. The race began in temperatures of -11 which rose to -1. I thought I’d die up there. The altitude, my lungs, my legs – at the top of what is known as Mavis Bank, they provided refreshments by pouring a kettle of boiling water over ice.” But despite all this, he loved being out there in the exquisite scenery.

Back home, another call. ‘Buzz, I’ve just signed up for the five-day Cape Odyssey, 210 kays over five days. I need a partner.’

“Never,” says Buzz. Next day, “I’m in.” And that was that. Buzz was officially an obsessed trail runner.

He tried to get his running club to open a trail running wing, but no interest was shown. So Buzz gathered together a few “pioneers” and formed his own. No club fees, no politics, sheer enjoyment – just a growing group of like-minded people from age 18 to 71 who love trail running.

What’s the difference? Surely running is running? Buzz is vehement: “No, this is a completely different thing. It’s in green surroundings, you’re listening to birds, jumping over rocks, looking out for snakes … it takes a different mindset. It’s not predictable like road running.” A grin, “Or boring. And if the weather’s poor, all the better. Wading through rivers, slipping and sliding .…”

And it’s not just for the pure enjoyment of being in nature, there’s a competitive element, too, for those who like to compete: “We have a time trial every Thursday – and the top runners bat it out. There’s 15 seconds between the top guys.”

This is a completely different thing. It’s in green surroundings, you’re listening to birds, jumping over rocks, looking out for snakes … it takes a different mindset

In Buzz’s opinion, trail running is far healthier. Road running is a relentless thumping on a hard tar surface, taking its toll on legs, knees and feet. Trail running’s not a soft option, but the varied movements it demands means it strengthens rather than wears.

Riverside Trail Runners meet at 5.15am three times a week, and their main stamping ground is Virginia Bush, but there are others like the Riverside Adventure run on Saturdays. Over the 10 years, Buzz has not only devised a range of different trail routes, but he’s constantly on the lookout for others. They’ve become involved with the local conservancies, and are deemed “friends” of Virginia Bush, and likewise for Burman Bush – they’re allowed in before the official opening times.

They’re currently rolling  up their sleeves for a soft rehabilitation of Hawaan and Glenashley Bushes which, because of the sensitive nature of the pristine habitat and plant life, aren’t currently suitable for trail races, but – with the permission, assistance and encouragement of the various players – can be tidied up, create walking trails, and also improve security for neighbouring residents.

No surprise, safety is always a concern, so Riverside Trail Runners never go out with fewer than five – three men, two women are the minimum formula. But it’s a rare occasion when numbers are that low, and the Wednesday run can be anything from 40 to 70 participants. The club runs through Virginia Bush three times a week and has a good relationship with the custodians.

Riverside Trail Runners report anything untoward, so it can be dealt with swiftly.

Buzz says that to a certain extent he has modelled Riverside Trail Runners on other successful groups. They have trophies and awards for various events and incidents during the year. The Bloodnut Trophy is for the person whose injury produced the most blood: “It’s not always easy to spot those overhanging branches when you’re wearing a peak cap,” he grins. And Spiderman/ woman, the award for the person who does something special to promote the sport, the trophy name originating from spider webs inadvertently collected by the front runner.

Yes, fitness is essential, but the camaraderie is a big driver. The Wednesday run starts at 5.15 am with newcomers welcomed, praise for those who’ve run one of the national trail races, description of the precise routes for the intermediate.

Buzz has a solid theory as to why KZN is king of the trail runners: “Jan van Riebeeck had no one in his mob who were trail runners. But King Shaka, he had plenty. His soldiers would run through the bush down to Port St Johns and back. The Cape may be big into trail running, but they’re not the kings. We’ve even named one of our races the King Shaka.” So, Riverside Trail Runners may not be a hardcore competitive group, but a little healthy competition, well, why not?

This story is from:
The Ridge 121
by famouspublishing