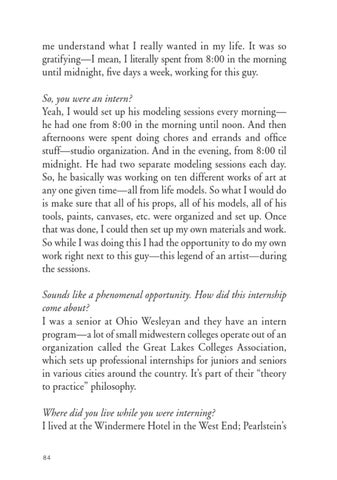 me understand what I really wanted in my life. It was so gratifying—I mean, I literally spent from 8:00 in the morning until midnight, five days a week, working for this guy. So, you were an intern? Yeah, I would set up his modeling sessions every morning— he had one from 8:00 in the morning until noon. And then afternoons were spent doing chores and errands and office stuff—studio organization. And in the evening, from 8:00 til midnight. He had two separate modeling sessions each day. So, he basically was working on ten different works of art at any one given time—all from life models. So what I would do is make sure that all of his props, all of his models, all of his tools, paints, canvases, etc. were organized and set up. Once that was done, I could then set up my own materials and work. So while I was doing this I had the opportunity to do my own work right next to this guy—this legend of an artist—during the sessions. Sounds like a phenomenal opportunity. How did this internship come about? I was a senior at Ohio Wesleyan and they have an intern program—a lot of small midwestern colleges operate out of an organization called the Great Lakes Colleges Association, which sets up professional internships for juniors and seniors in various cities around the country. It’s part of their “theory to practice” philosophy. Where did you live while you were interning? I lived at the Windermere Hotel in the West End; Pearlstein’s 84 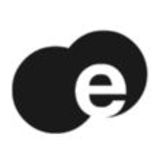