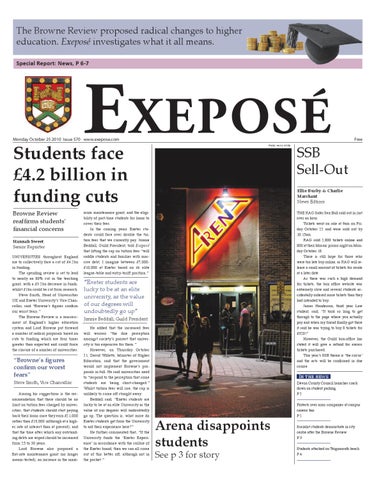 UNIVERSITIES throughout England are to collectively face a cut of £4.2bn in funding. The spending review is set to lead to nearly an 80% cut in the teaching grant, with a £3.2bn decrease in funds, whilst £1bn could be cut from research. Steve Smith, Head of Universities UK and Exeter University’s Vice Chancellor, said “Browne’s figures confirm our worst fears.” The Browne Review is a reassessment of England’s higher education system and Lord Browne put forward a number of radical proposals based on cuts to funding which are four times greater than expected and could force the closure of a number of universities.

Steve Smith, Vice Chancellor Among his suggestions is the recommendation that there should be no limit on tuition fees charged by universities; that students should start paying back their loans once they earn £21,000 rather than £15,000 (although at a higher rate of interest than at present); and that the time after which any outstanding debts are wiped should be increased from 25 to 30 years. Lord Browne also proposed a flat-rate maintenance grant (no longer means-tested), an increase in the maxi-

mum maintenance grant, and the eligibility of part-time students for loans to cover their fees. In the coming years Exeter students could face over double the tuition fees that we currently pay. Jonnie Beddall, Guild President, told Exeposé that lifting the cap on tuition fees “will saddle students and families with massive debt, I imagine between £7,000£10,000 at Exeter based on its elite league-table and entry-tariff position.”

The RAG Safer Sex Ball sold out in just over an hour. Tickets went on sale at 9am on Friday October 22 and were sold out by 10.15am. RAG sold 2,800 tickets online and 800 at their Mosaic promo night on Monday October 18. There is still hope for those who were too late buy online, as RAG will release a small amount of tickets for resale at a later date. As there was such a high demand for tickets, the box office website was extremely slow and several students accidentally ordered more tickets than they had intended to buy. James Henderson, third year Law student, said, “It took so long to get through to the page where you actually pay and when my friend finally got there it said he was trying to buy 8 tickets for £320!” However, the Guild box-office has stated it will give a refund for excess tickets purchased. This year’s SSB theme is ‘the circus’ and the acts will be confirmed in due course.

“Exeter students are lucky to be at an elite university, as the value of our degrees will undoubtedly go up”

Jonnie Beddall, Guild President He added that the increased fees will worsen “the dire perception amongst society’s poorest that university is too expensive for them.” However, on Thursday October 21, David Willetts, Minister of Higher Education, said that the government would not implement Browne’s proposals in full. He said universities need to “respond to the perception that some students are being short-changed.” Whilst tuition fees will rise, the cap is unlikely to come off straight away. Beddall said, “Exeter students are lucky to be at an elite University as the value of our degrees will undoubtedly go up. The question is, what more do Exeter students get from the University to aid their experience here?” He further commented that, “If the University funds the ‘Exeter Experience’ in accordance with the calibre of the Exeter brand, then we can all come out of this better off, although not in the pocket.”

Special report on the Browne Review, a look at the Chilean rescue and coverage of the BFI London Film Festival 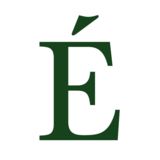