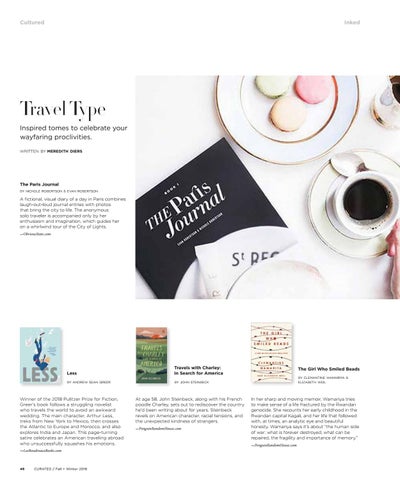 A fictional, visual diary of a day in Paris combines laugh-out-loud journal entries with photos that bring the city to life. The anonymous solo traveler is accompanied only by her enthusiasm and imagination, which guides her on a whirlwind tour of the City of Lights. —ObviousState.com

Travels with Charley: In Search for America

Winner of the 2018 Pulitzer Prize for Fiction, Greer’s book follows a struggling novelist who travels the world to avoid an awkward wedding. The main character, Arthur Less, treks from New York to Mexico, then crosses the Atlantic to Europe and Morocco, and also explores India and Japan. This page-turning satire celebrates an American traveling abroad who unsuccessfully squashes his emotions. —LeeBoudreauxBooks.com

At age 58, John Steinbeck, along with his French poodle Charley, sets out to rediscover the country he’d been writing about for years. Steinbeck revels on American character, racial tensions, and the unexpected kindness of strangers. —PenguinRandomHouse.com

The Girl Who Smiled Beads by clemantine wamariya & elizabeth weil

In her sharp and moving memoir, Wamariya tries to make sense of a life fractured by the Rwandan genocide. She recounts her early childhood in the Rwandan capital Kagali, and her life that followed with, at times, an analytic eye and beautiful honesty. Wamariya says it’s about “the human side of war: what is forever destroyed, what can be repaired, the fragility and importance of memory.” —PenguinRandomHouse.com 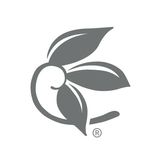