Common or Not? Your author concludes that the answer is “yes.”

by Dave Cooper recently received an email from a colleague recently asking me if a common button was a requirement on a car-top control unit. My immediate reaction was “no,” as I remember a discussion a few years ago when, after much debate, I became aware there was a requirement for buttons to be bistable, but there was no mention of a common button in EN 81-1. 14.2.1.3 in EN 81-1 (1998) stated: “b) The movement of the car shall be dependent on a constant pressure on a push button protected against accidental operation and with the direction of movement clearly indicated.” Having been asked the question about the common button and given the number of changes in standards, I thought I would do a bit of investigating. I found that EN 81-20 (2014) states: “5.12.1.5.1.2 The inspection control station shall consist of: a) A switch (inspection operation switch) which shall satisfy the requirements for electric safety devices (5.11.2) b) “This switch, which shall be bi-stable, shall be protected against involuntary operation; Direction push buttons ‘UP’ and ‘DOWN’ protected against accidental operation with the direction of movement clearly indicated c) A push button ‘RUN’ protected against accident operation.” EN 81-80 (“Improvement of safety of existing lifts”) states that you should comply with EN 81-20. You could be deceived by looking at BS 7255 “Safe working on lifts,” as it is due for updating and will take into

consideration the new EN 81-20 requirements. A date for its updating is not yet known. Annex B of BS 7255 (2012) shows diagrams of car-top control units with and without a common button. Its opening few lines state: “A car top control station conforming to BS EN 81-1 and BS EN 81-2 provides the following functions:

1. An ‘inspection operation/normal service control’ device; 2. An ‘up’ direction button; 3. A ‘down’ direction button; 4. A ‘stopping’ device; 5. An electrical socket outlet (if not provided elsewhere on the car roof)” There is no mention of a common button. On the basis of the forgoing, I have to conclude that, to comply with EN 81-20, there needs to be a common button, and, on the basis that bringing lifts up to modern standards, if you have to replace a car-top control unit for any reason, a common button should be included. Keep your eye out for the updated BS 7255. Common or Not? Yes. 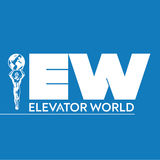