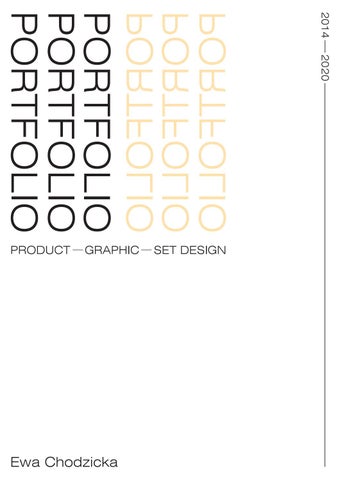 Hello! Iâ&amp;#x20AC;&amp;#x2122;m graduate in industrial and graphic design in Academy of Fine Arts in Lodz as well as graduate of Wajda School in documentary directing. Iâ&amp;#x20AC;&amp;#x2122;m based in Lodz, Poland. Besides filmmaking I work as a freelancer in design and scenography. I worked as a scenographer in theatre, in short and full-length films, but also in fashion - among other during London Fashion Week 2017.

DESIGN PROCESS My priority was to combine aesthetics with anthropometrics, so the functionality would be evident in the physical and psychological reception of the project. Design sketches and numerous 3D models led to creating prototype in a 1:1 scale; made of plywood. Its role was to examine its resilience and measurements. Organic, round shapes, curves and natural materials ensure comfort of usability.

Color versions of the cushions

PUZZOL is a piece of furniture for both adults and children. It is a mobile and multifunctional object. It can serve as a seat, drawer, baby chair, ottoman or a double bench. Utilisation depends on userâ&amp;#x20AC;&amp;#x2122;s needs. Drawers are come with magnesium, which simplifies sliding and prevents its individual parts from falling apart during transportation.

APPLICATION MANAGING MICROPORTS AND TRANSMITTER USING Wł-FI CONNECTION Main idea of the project was to find the sol uti on which allows to steer both devices -transmitter and receiver - from one place and in addition to monitor their work. Another target was to decrease number of devices needed to record the sound.

with a camera sound is recorded simultaneously with the footage in compressed file. Pairing receiver with transmitter is performed via NFC link.

In the app’s interface every transmitter has its graphic equivalent. Besides option As long as microports use radio waves, of setting and controlling all of the paratransmitter can send the sound to infinite meters from one place, the re is an ‚auto’ number of receivers, but not conversely. option which is responsible for adjusting That means when sound technician du ring sensivity du ring time of the recording filmset records voices of four actors he has according to measurements of audio to set eight devices (four transmitters and environment in wihich certain device is four receivers). Why not use one receiver located. for all of the transmitters? The application also offers an option of ta Wi-fi connection allows to decrease numking measurement of the sound environber of devices - one receiver is responsible ment to propose optimal sensivity setting for few devices (maximum 7). The role of which can be changed if needed. Another the receiver plays smartphone. lt records option is naming devices in the interface and saves sound in uncompressed file every transmitter can be na med with the for sound editor’s use. After connecting name of the person who carries it.

VISUALISATION OF THE MICROPORT AND MEASUREMENTS

Zine created on the occasion of anniversary of first free elections in Poland after communist regime.

ILLUSTRATION FOR ’PRESTO’ Magazine about music 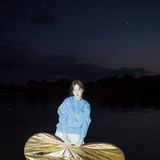