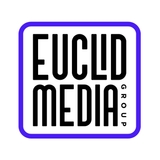 Several of my coworkers and I all awoke to news that we would be laid off as efforts to contain that goddamned coronavirus increasingly crush St. Louis’ economy. As bans against gatherings cause restaurants and bars across the metro area to close up shop, those same establishments are unable to buy the ads that keep us afloat.

In addition, those bans have hurt the paper’s other primary revenue stream, which comes through throwing events, which obviously is something that we can’t do now either.

Taken together, COVID-19 is, as my (now former) editor put it, a “nearly perfect weapon against alternative weeklies.”

So seven of us were told not to report to work any further. In the age of coronavirus, we couldn’t even head to a bar and drown our sorrows together, so instead a bunch of us all videoconferenced our own Irish wake, drinking alone in our homes but together through our computers. The headache I felt the next morning served as proof that those sorrows were thoroughly drowned, albeit digitally.

But as the ibuprofen started to kick in the next morning and I regained the use of some of my broken faculties, I came to a decision: I’m just not gonna stop. At this point, I don’t care if I get paid or not for doing it. The work the RFT does is more important than ever right now as we are facing down a threat the likes of which none of us have ever seen before. Local journalism is as necessary

as it ever was, and frankly doubly so at this exact moment. If there’s anything I can do to keep the public informed or entertained, I’m going to do it.

It should also be noted that I am a largely unhireable moron who has never made a resume in my life and whose greatest journalistic asset is a hot dog costume (though I would argue I use that asset to decent effect), so it’s unlikely I’m gonna get hired on anywhere else anytime soon anyway. So fuck it. They’re gonna have to take all the passwords away from me if they want me to stop.

My fellow laid-off coworkers are all extremely capable and hireable, by contrast, and you should consider them for your organization if you have jobs that need filled. Liz Miller is a whipsmart, impossibly organized and hilarious leader; Paul Friswold is one of the funniest and most knowledgeable human beings I’ve ever met and no slouch with the pen himself; Danny Wicentowski is a legitimately fearless reporter and unstoppable force of fucking nature and Evan Sult’s graphic design abilities and artistic vision are breathtaking to behold. Cheryl Baehr is an incredibly talented writer with a preternatural ability to tell human stories through a food lens and remember every ingredient in a dish. Hire these people. As for me, I’m either going down with the ship dressed up like a hot dog or I’m gonna help it claw its way back until the day I can suddenly, hopefully, maybe, collect a check again.

I’d greatly prefer the latter. If you agree and you have a dollar or two to give to make sure one of St. Louis’ most vital and entertaining journalistic institutions is able to stay afloat in these extremely difficult times, please consider donating through the RFT’s website. In the meantime, stay safe out there, and take care of each other. We’re gonna get through this together, but only if we choose to be kind. n S t. Louis County police Lieutenant Colonel Mary Barton will be the department’s new chief. Barton, who has served for 41 years in St. Louis, will replace Col. Jon Belmar, who announced his retirement in February. The change in leadership will happen on May 1.

Barton was selected by the Board of Police Commissioners following a search process that included three town halls, where the public offered suggestions for what they wanted in a new chief. She’ll be the department’s ninth chief, and the first woman to hold the post.

“Lieutenant Colonel Barton is an experienced leader with a ‘clear vision’ of an equitable future for both the Department and the community we serve,” Dr. Laurie Punch, member of the police commissioner, said in a news release.

She was hired by the department in October 1978 after graduating from Southwest Texas University with a bachelor’s degree in criminal justice. In her four-plus decades she has worked her way up from patrol, serving as a longtime detective and has commanded the North County Precinct, and most recently was assigned to the West County Precinct. n You can’t get rid of Daniel Hill that easily. | THEO WELLING

If you thought a little something like a global pandemic would stop the tax revenue bonanza that Illinois has been enjoying ever since the state legalized recreational marijuana, buddy, you thought wrong.

In what is surely good news for bistate area bored stoners and medicinal patients alike, both Illinois Supply and Provisions (1014 Eastport Plaza Drive, Collinsville, Illinois; 618-381-9229) and The Green Solution (2021 Goose Lake Road, Sauget, Illinois; 618-663-4311) remain open for business even as increasingly stringent measures to control the spread of coronavirus cause other businesses to close.

In a trend that is true across the nation, the dispensaries throughout Illinois have been deemed “essential” by the state of Illinois and therefore immune to more strict lockdown orders, falling under the same guidelines as pharmacies. Still, that doesn’t mean everything is business as usual.

Illinois Supply and Provisions announced this week that it would discontinue walk-in sales and only accept orders placed online, in an effort to reduce crowds.

“The safety of our employees, customers, and especially vulnerable patients, is our top priority,” says Kathleen Olivastro, regional director of Ascend Wellness Holdings, Illinois Supply & Provisions’ parent company, in a statement. “We understand this decision may impact some more than others, but believe it is in the best interest of everyone to make this change in the short term. We are taking direction from local, state and federal health experts as we work through this.”

When we called the Collinsville store to inquire about the new procedures in place, an employee who answered the phone explained that all customers who place an order through the dispensary’s website will receive a notification via email or text when their order is ready to pick up.

“Once you get a confirmation that your order is ready then you can come to the Gateway Fun Park and you can park there and show the guard your confirmation,” the employee tells the RFT. “They’ll put you in line for the shuttle to be able to come pick your order up. Once you get in line here then we kind of keep you spaced so far apart until you get to the register to pay and check out.”

The Green Solution, likewise, has made dramatic changes to its protocols

Dispensaries in Illinois are obviously “essential” these days. | LIZ MILLER

in light of the threat of COVID-19.

“Right now all of our Illinois locations remain open — as you probably have read they have been designated as essential businesses along with pharmacies, so they have been open and they will continue to remain open until we expect to hear anything else,” says Michael Perlman, executive vice president of investor relations and treasurer of Jushi, the Green Solution’s parent company. “We are taking actions in-store to maintain the health and safety of our employees as well as our customers.”

“Anything that would be touched or handled by our employees or customers, we are eliminating all of the use of that,” Perlman says. “We’re also, when we can, we’re positioning staff at every other register. We’re also requiring all customers to remain six feet apart.”

Taped marks on the floor designate where patients are to stand, Perlman says, and cones outside do the same. He says that customers are also encouraged to wait in their cars until it their turn to be called in.

Even with all the strict measures, and even despite the widespread orders for social distancing, Perlman says business is positively booming. Demand is not down, he says — in fact, quite the opposite.

“I think folks are making sure that they get what they need while everything else is closed, and they probably are stocking up a little bit given that they don’t know whether or not these locations will remain open,” he says. “That has yet to be determined. As far as we know they will remain open.

“We’ve received positive feedback from each of our states’ representatives in terms of keeping them open, and we will do so,” he adds. “And we will do so in a safe way for both our employees and customers.” n

There is a finite amount of activities and crafts one can do while social distancing, but alcohol is forever.

That is until Missouri shut down restaurants offering to-go alcohol options. Co-owner of Mission Taco Joint Adam Tilford had closed his six locations of the restaurant on March 16 to help slow the spread of the coronavirus. As a way to keep at least a little money coming in, they started transitioning to a take-out and delivery model, but still had to lay off 300 employees, leaving only a handful of staffers. “[We had to] keep a skeleton crew to execute our new model to try to survive this crisis as a company, and also do what we could to assist our furloughed employees,” Tilford writes in an email to the RFT. So, Tilford and his company went to work. The margarita and Mexican food favorite found the solution in offering pre-batched margaritas along with a family taco kit. They offered the margaritas by the quart and half-gallon. They started March 18 and were making good tips that were allowing the owners to help pay furloughed employees’ insurance.

Then, the Missouri Division of Alcohol and Tobacco Control called Tilford.

“I pleaded that we were batching the margaritas and packaging them with sealed caps, but they still would not allow this,” Tilford says. “I will say that they did not tell us that we were in any trouble, but just let us know that we needed to stop selling them.”

The owner asked for a waiver from the department, citing other states like New York and Texas, due to the current COVID-19 outbreak and its effect on business. However, Tilford had yet to hear back from the department when contacted by the RFT. In these hard times, the pre-batched margaritas were keeping the business afloat. “My amazing team, and I cannot begin to tell you how incredible this group of hardworking people have been this week, quickly transitioned to selling margarita kits,” Tilford says.

Instead of actual margaritas, the kits include the necessary components — including private-label tequila Una Vida and a Mission Taco Joint margarita mix — that customers can use to mix their own drinks at home. The kits costs $80. “That’s great, but we have to sell those for $80 just to make a little profit, when we should be selling them for $120 to make industry-standard margins,” Tilford said. “$80 is a lot of money, whereas $20 for a quart and $40 for a half gallon of margaritas was a lot more affordable for people.”

The business is urging customers to call the state Division of Alcohol and Tobacco Control at 573-751-2333 and tell them to allow restaurants to offer these to-go alcohol options in this pandemic. Tilford stressed the importance of banding together and supporting small businesses in this time. The temporary waiver from the Missouri Alcohol and Tobacco Control could provide the assistance necessary for local restaurants.

“This is going to hurt many small businesses already struggling to keep their head above water,” Tilford says. “Seems like a simple gesture that could help at a time like this.” n

This story is from:
Riverfront Times, March 25, 2020
by Euclid Media Group