MISSION The Blue Jay intercollegiate athletics program provides Elizabethtown College students with varsity sport programs that support and enhance the students’ educational experience and develop important life skills. In our pursuit of excellence, we place the highest value on the principles of integrity, studentathlete welfare, sport and gender equity, sportsmanship and fair play.

WE ARE EXTREMELY PROUD OF THE SUCCESSES OUR STUDENT-ATHLETES HAVE HAD BOTH IN THE CLASSROOM AND ON THE PLAYING FIELD, AND WE THANK THEM FOR ADDING TO OUR LONG TRADITION OF BLUE JAY ATHLETIC EXCELLENCE.

By combining specialized undergraduate studies at Elizabethtown with direct admission to graduate school (at partner institutions like Penn State, Drexel, and Widener), you can earn your advanced degree in less time than taking a traditional route. All this means you’ll save money on tuition and enter the workforce sooner.

IT’S A PHRASE YOU’LL FIND ALL OVER CAMPUS ON EVERY GAME DAY. WHETHER ON THE COURT, IN THE POOL, ON THE TRACK, OR ON THE FIELD, THIS IS OUR NEST. IT’S OUR HOME, AND BLUE JAYS FIERCLY DEFEND ITS HONOR AT EVERY LEVEL OF COMPETITION. TEAM HIGHLIGHTS BASEBALL

› The men’s basketball program has qualified for the NCAA Division III Tournament five times, reaching the title game in 2002 and finishing the year National Runner-ups › The Blue Jays have amassed 1,015 wins in program history

› The women’s basketball team is the second most winningest program in NCAA Division III history, compiling 1,098 victories and winning two National Championships (1982 &amp; 1989) › On top of having 11 All-Americans, both Paige Lutz ’84 and Jane Meyer ’86 were named Women’s Basketball Coaches Association National Player of the Year

› The women’s cross country team has won 14 conference championships, including 13 straight starting in 2007 › The program has had 10 different teams qualify for the NCAA Division III Championship, the most recent coming in 2017

› The men’s cross country team has won 19 conference championships, including six straight Landmark Conference Championships (2014-19) › The program boasts eight AllAmericans since 2001 with Samuel Gerstenbacher ’20 becoming the most recent harrier to earn the honor, crossing the line in 27th place at the 2019 NCAA Division III Championship

› The field hockey program has reached the NCAA Division III Tournament 10 times with 11 AllAmericans › The 2019 team earned a spot on the National Field Hockey Coaches Association National Academic Team, claiming a team GPA of 3.0 or better

› The men’s golf program has qualified for three NCAA Division III Championships, earning their best result in 2008 with a 26th place finish › The Blue Jays home venue for practices and tournaments is the Hershey Country Club

› Elly McCarthy ’12 became the first National Fastpitch Coaches Association All-American in program history in 2012 › Since joining the Landmark Conference in 2014, the program has had 31 student-athletes earn Landmark Spring Academic Honor Roll accolades, including a program record 10 in 2020

› One of the most storied programs in Division III history, men’s soccer has tallied 875 wins, 35 AllAmericans and won the National Championship in 1989 › The Blue Jays have gone to the five consecutive Landmark Conference Championship games, winning the title in 2018

› The women’s soccer team has reached the Landmark Conference semifinals in four of the last six years, hosting for the first time since 2014 in 2019 › Lydia Lawson ’21 became the first student-athlete in program history to earn All-America and CoSIDA Academic All-America honors in the same season during the 2019 season

› Casey Marshall ’20 became the first male swimmer in school history to win a Landmark Conference individual championship, capturing the 100 butterfly title in 2020 › Since joining the Landmark Conference in 2014, the program has had 28 student-athletes earn Landmark Winter Academic Honor Roll accolades

› Jackie Zimmerman ’99 is one of the most decorated individual studentathlete in school history, earning All-America honors eight times as a member of the women’s swimming team › Since joining the Landmark Conference in 2014, the program has had 49 student-athletes earn Landmark Winter Academic Honor Roll accolades

› The men’s tennis team has compiled four conference championships and three NCAA Tournament appearances since 2005 › Since joining the Landmark Conference in 2014, the program has had 24 student-athletes earn Landmark Spring Academic Honor Roll accolades

› Between the indoor and outdoor track &amp; field season, the men’s program has 28 All-Americans and 55 NCAA Division III Championship qualifiers › Kevin Clark ’08 is the only National Champion in team history, winning the pole vault at the 2007 NCAA Indoor National Championship with a height of 17’-1-1/2”

› The men’s volleyball team held its inaugural season in 2019, claiming its first victory on January 23, 2019 against Widener › With a team GPA of 3.33, the program claimed its first American Volleyball Coaches Association Team Academic Award in 2020

› The women’s volleyball team tallied its most wins since 2007 in 2020, earning 25 victories and its first playoff berth since 2013 › With a team GPA of 3.62, the program claimed its fourth consecutive American Volleyball Coaches Association Team Academic Award in 2019

› The wrestling program boasts 21 AllAmericans and 66 NCAA Division III National Championship qualifier › Eric Mast ’77 is the only two-time National Champion in school history, winning the title at 118 pounds in 1974 and 1977

WHEN YOU CHOOSE TO BE A STUDENT-ATHLETE AT ETOWN YOU ARE ENTERING A FAMILY. EVERY MEMBER OF THE ATHLETIC DEPARTMENT WANTS THE BEST FOR US. BEING A BLUE JAY ATHLETE HAS BEEN AN ENRICHING EXPERIENCE, I’VE MADE LIFELONG FRIENDSHIPS WITH TEAMMATES AND HAVE LEARNED MORE ABOUT MYSELF AS AN INDIVIDUAL. EMILY GARVIN ’21, FIELD HOCKEY AND WOMEN’S LACROSSE

Learn more about our in-person and virtual visit opportunities at etown.edu/visit 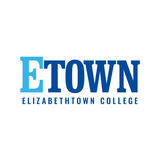 The Blue Jay intercollegiate athletics program provides Elizabethtown College students with 24 Varsity teams that support and enhance the students’ educational experience and develop important life skills. In our pursuit of excellence, we place the highest value on the principles of integrity, student-athlete welfare, sport and gender equity, sportsmanship and fair play. Etown is a member of NCAA Division III and the Landmark Conference.