Midterm Elections 2018: the Good, the Bad and the Ugly 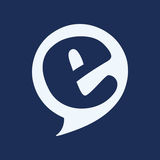 from The Accidental Existentialist Winter 2018/2019

2018 saw a historic midterm election. Though, let us be honest, every election is historic. It shapes our government for years, and possibly generations. I am looking at you, Senate, for confirming known-assaulter Brett Kavanaugh.

However, what we saw was a glimmer of hope, the realities of a rigged system, and you know, white people just being themselves. You are probably reading this, hinting at my personal bias here. If you want Nazi-sympathizing journalism, go over to The New York Times or better yet, Fox News. Honestly, for me, it is hard to hide my bias and my perspective. I tried that in 2016. I was clear on who I was voting for, but did not feel the need to flaunt it. I called it being respectful of different opinions, aka white and privileged.

Instead, that fateful day in November of 2016 taught me that staying quiet and being politically correct is part of the issue. Had I spoken out and encouraged others to vote would we not have the first racist, misogynistic, cheating, white supremist, Islamophobic, transphobic rotting pumpkin for president? Maybe. But I will never know. So, in 2018, I made it clear to anyone who would listen that I was ready to ride the Blue Wave.

So much was at stake. We were in a real life and death situation. I am sure many of you feel I am being hyperbolic. But tell that to Heather Heyer, to Antwon Rose, to the 11 Jewish people murdered in their place of worship on Shabbat, to the students of Marjory Stoneman Douglas High School, to the students of Santa Fe High School, to Vickie Lee Jones and Maurice Stallard, to the Syrian refugees barred from this country. It is life or death. It has always been. But the gravity of the situation is more glaring now for more people.

While many did #VoteBlue in this election, there was also a system built upon racism that reared its ugly head during the election. On November 6, 2018, there was good, there was some bad, and there was quite a bit of ugly. So, here is your midterm election breakdown.

We saw a record number of women, AND WOMEN OF COLOR, win across the country. 100+ women are going to Congress. The most in history.

Rashida Tlaib and Ilhan Omar became the first Muslim women elected to Congress. Tlaib, the daughter of Palestinian immigrants, will be representing Michigan’s 13th district. Omar, now a representative of Minnesota’s 5th district, came to America as a girl from civil war-torn Somalia. Both women ran on progressive platforms such as $15 minimum wage and immigration reform.

Then, we saw two Native American women elected to the House of Representatives. Deb Haaland of New Mexico’s 1 st district ran with first-hand knowledge of the general population’s struggle. At 57, the member of the Laguna Pueblo tribe is still paying off her student loans, and has previously benefited from SNAP (food stamps).

Joining her in the house is Sharice Davids from Kansas’s 3rd district. She is a member of the Ho-Chuck Nation and also makes history as the first LGBT representative in Kansas, thus also making her the first openly LGBT woman of color in Congress. Talk about intersectionality! In case she is not already cool enough, Davids is also an MMA fighter. I would have loved to see her and Paul Ryan duke it out.

New York’s 14th district is now represented by Alexandria Ocasio-Cortez, who is now the youngest person ever elected to Congress. During her primary, she was an upset win over 20-time incumbent Joe Crowley, which has been described as the biggest upset victory in the 2018 midterm season.

Ayanna Pressley became Massachusetts’ first black congresswoman. She also beat out a longtime incumbent, Michael Capuano. During the primary, Pressley noted how her experiences as a black woman have shaped her worldviews to be quite different to Capuano. People in Massachusetts’ 7th district clearly thought her views were better.

The most exciting news for me, personally, is that my home state of Colorado elected Jared Polis as the first openly gay male governor in the United States. Polis was the former representative of Colorado’s 2nd district, and made history in 2011 when he and his partner, Marlon Reis, welcomed their first child, making Polis the first gay parent in Congress.

Additionally in the Colorado front, Mike Coffman lost his bid for re-election to Jason Crow, who will now be representing Colorado’s 6 th district. While Coffman is a critic of the Republican in the White House, he was a birther conspiracy theorist while Barack Obama was in office.

Closer to home, Conor Lamb won his re-election against another incumbent, Keith Rothfus, to represent the newly drawn 17th congressional district in Pennsylvania.

In the U.S. territory of Guam, the people elected their first woman governor. Lou Leon Guerrero, a former nurse and business woman, Guerrero told the Guam Daily Post, “I feel very honored that I am the governor-elect, the first female governor elect. I think [it] is a great honor for women. We’ve made history today – good history today – and plus a 10-female majority in the legislature. That is phenomenal.”

Additionally, with the change in representation, the swamp-land of despair and racism Florida, surprised us in one avenue. Amendment 4, which aimed to reinstate the voting rights of 1.4 million ex-felon, passed. This will completely change the political landscape in Florida for future elections, as the previous law prohibiting all ex-felons from voting, disproportionately disenfranchised black people. Weird, right?

There was bad. You know, polling places where the constituents were predominantly people of color had numerous issues. Not enough electronic polls, not enough ballots, and there were even reports of some places not even having power cords. Power cords!

Then, there is the fact that while the Democrats gained control of the House, Republicans still have control of the Senate. So, that they can, you know, continue to appoint judges who like beer and assault woman. That’s the bad though. The rest of it is so much worse.

Stacey Abrams, who was running against Republican Brian Kemp, refuses to concede Georgia’s governorship to him. But, this is an uphill battle. Kemp is currently Georgia’s Secretary of State, who, as part of his job oversees elections, INCLUDING THE GOVERNOR’S RACE. Strange how that works. And instead of recusing himself, he helped purge “inactive” voter records which happened to primarily be black people.

Again, weird how that just happens. But Georgia is not the only blatantly racist state. North Dakota’s Supreme Court upheld strict voter ID laws which significantly disenfranchised Native American communities, particularly those living on reservations. Who know those places? The white U.S. government took land from the native people but then “gave them” these reservations. The voter ID law helped Kevin Cramer beat Democratic incumbent Heidi Heitkamp for Senate.

In America’s least favorite step-child state Florida, Democrat Andrew Gillum barely lost his race to Republican Ron DeSantis, who, you know, told people not to “monkey this up” in regards to voting for his BLACK opponent. You might think I am kidding, but I assure you, I am not. During a debate, Gillum pointed out that while he does not think DeSantis is a racist, DeSantis really wants the racists to think he is a racist. And apparently, the racists won.

Steve King, not the fantastic writer but the neo-Nazi, won his re-election in Iowa which proves that Iowa is clearly not good enough to be the first Caucus in the nation come presidential election time. You lose that right to be first in anything when you continue to vote for a white supremacist.

Then, we have to look at the gerrymandering. What’s that, you say? Well, gerrymandering is the redrawing of districts to disproportionately favor one party over another. It is the only way Republicans keep winning. Just look at the Senate races.

Democrats received over 36 million votes, but still only had 41 Dems elected, while the Republicans have barely over 29 million votes, winning 51 seats. I am not great at math, but even this math does not look right to me. If more people are voting for representation from one party, how is the other in power? The simple answer. Cheating. The longer answer. Gerrymandering. Okay, who am I kidding. That is still cheating.

Listen up, fellow white women, what in the actual %#@! are you doing?! How are you still voting for people who want to take away your rights? Who do not believe you when you are sexually assaulted? Who want to take away all of your body autonomy? We have got to do better. We have got to be better than our white privilege. It literally only takes us so far. Then, our gender identity steps in and the men in Congress aim to squash us, control us. They want you to feel comfortably white as they take away every other right you have. Stop being stupid. Stop being ignorant. And for God’s sake, stop being so racist.

IN THE END… Since President Voldemort’s election, I have personally felt I have aged exponentially. We have seen white supremacists and neo-Nazis emboldened enough to show their faces in the light of day. We victim-blame and victim-shame assault survivors because some white guy wants to become a Supreme Court justice. We have allowed children to be caged. We have let young black men to continue to die with no one being held responsible. Anti-Semitism continues to grow. There was quite a bit of good to come out of the midterm election. There were people who won despite all odds, and again, gerrymandering. But there is still so much work that needs to be done. It is glaringly awful how much we continue to let racism and prejudices influence our elections. I am tired. And I am a white woman. Just imagine how tired your Jewish friends, your Muslim friends, your friends of color, your disabled friends, your LGBTQ friends, your immigrant friends, your DREAMer friends must be. Show them you care. And keep showing them that you care at the ballot box. •

DISCLAIMER: The views expressed in this article are solely those of the author and do not necessarily reflect the views of the publisher/editors.

Morgan Roberts is currently an Associate Director at Lifespan, Inc. She supervises an amazing team of social workers who go out into the homes of seniors to provide services and assist them in the community.

Roberts holds a B.S. in Psychology from Fort Hays State University (Hays, KS) and an M.S. in Professional Counseling from Carlow University (Pittsburgh, PA). During her time in Kansas, she worked with social advocacy organizations on campus. She surrounded herself with the coolest, passionate people. Moving to Pittsburgh for graduate school, Roberts continued her fiery feminism. It helps that Pittsburgh is a city of bridges and not walls. One of her life highlights was attending the Women’s Marches in 2017 and 2018. Ladies are awesome. Ladies are powerful. And intersectional feminism is the only way we can succeed. 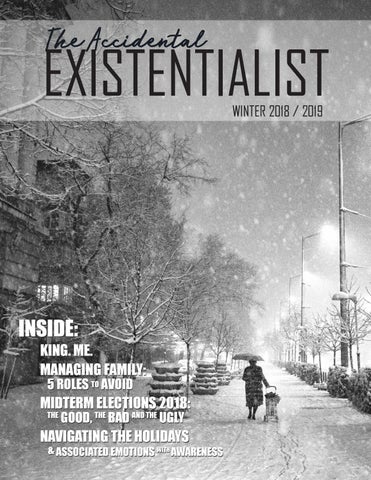