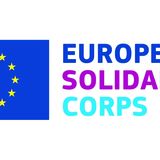 The European Solidarity Corps is the new European Union initiative which creates opportunities for young people to volunteer or work in projects that benefit communities and people around Europe. It was announced by the President of the European Commission, Jean-Claude Juncker, during his annual State of the European Union speech in September 2016, and officially launched in December 2016. After completing a simple registration process, participants could be selected join a wide range of projects. These projects will be run by organisations which have been checked and authorised to run European Solidarity Corps projects