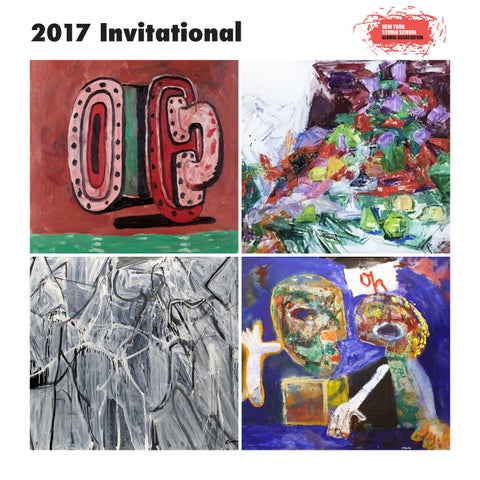 Essays A School that was a Studio, a Recollection by Elena Sisto Learning by Doing by Glenn Goldberg Plates of Founding Faculty/Key Influencers

A very special thanks to Ambassador Middendorf, without whose support this show would not exist. (Shown here with writer and art critic Paul Laster)

In 1964, Mercedes Matter founded the New York Studio School of Drawing, Painting, and Sculpture after writing a now infamous article for ARTnews titled What’s Wrong with U.S. Art Schools? in which she criticized the phasing out of extended studio classes which served “that painfully slow education of the senses,” which she considered essential. The article prompted a group of Pratt students, as well as some from Philadelphia, to ask Matter to form a school based on her ideas. The school was originally housed in a loft on Broadway and gained almost immediate support from the Kaplan Fund, Mrs. John D. Rockefeller III and the Ford Foundation. It granted no degrees, had only studio classes and emphasized drawing from life. Early teachers, chosen by the students, included the artists Charles Cajori, Louis Finkelstein, Sidney Geist, Paul Georges, Philip Guston, Alex Katz, Milton Resnick; the art historian Meyer Schapiro; and the composer Morton Feldman. The current exhibition is an attempt to show how the work of alumni has been influenced by the work of the founding faculty and a core group of artists that were key influences on Mercedes. The most important of these was Hans Hoffman, whose concepts of “push/pull” and “the tension of the picture plane” formed the basis of a formal method of study as well as a key element of what made any abstract or figurative work successful. That there is no difference between abstract and figurative work, that in fact everything is an abstraction to some degree, is a key element of the school’s pedagogy. Also the idea that great art comes from an intense focus on the artists unique perceptions of the world and that nature represents perfection. To help students understand this, the school focuses on time in the studio as well as time with master artists to better understand what a life devoted to an intense practice of art looks and feels like. For this reason the school has always attracted only the most committed and passionate of art students, as well as faculty, and this continues today. Nowhere is this expressed more elegantly than in the Founding Manifesto as signed by 11 exceptional artists, who wanted to help with fundraising and getting the school off the ground. – MT

I first heard about the New York Studio School of Drawing, Painting and Sculpture when I was an undergraduate at Brown University. I was majoring, somewhat aimlessly, in fine art, and feeling frustrated. I couldn’t understand how I was expected to learn, because there was very little structure. Our teachers kept telling us to “find a style.” I kept thinking: “But I haven’t learned anything yet.” Then by chance I stumbled upon an article called “How Do You Learn to Be an Artist?” in The New York Times, written by Mercedes Matter, the founding director of the Studio School. She argued that studying art in a university setting was insufficient, because there wasn’t enough studio time. She wrote just what I wanted to hear about art education–that it had to have depth and be serious. She was arguing for the atelier model, quoting Matisse by way of explaining the philosophy of the school she led. “I believe study by means of drawing altogether essential,” Matisse had said, adding that he feared “that young painters are avoiding the slow and painful preparation necessary to the education of a contemporary painter.” This crystallized exactly what I had been feeling–that the process of learning was a long one, and that the focus of it, as well as the process of making art, could center on drawing. Soon after, again entirely by coincidence, I met Adam Simon and Robert Bordo, who were both students at the school. Adam’s mother Josie and I had organized a women’s consciousness-raising group together in Boston. (It was the ‘70s.) Adam and Bobby looked at the work I was doing and convinced me that the Studio School was the place for me. Be careful what you wish for. Once I got there I found that we worked so hard, for so many long hours, that I got a case of shin splints the first semester from standing so much. It was four hours of drawing and four hours of painting, five days a week. And if you weren’t in class you were painting in your studio, often at night and on weekends as well. Some students revised their drawings so much that they would end up standing in a pile of eraser crumbs. At first I studied drawing with Mercedes. She was extremely encouraging, but I quickly found that she wanted me to keep drawing in the mode of the work I had used for my application. It had been Giacometti-esque, and he was her god. I told her that what I wanted was to find out what I didn’t know, and she had the good sense to transfer me into Nick Carone’s class. Nick was a real character, and quite a challenge for someone as young and naive as I was then. He was aggressive, so much so that even he laughingly admitted that he “came on like a Russian tank.” But very quickly I realized that he had the kind of information I had been searching for. He also flirted so much I had to plead with him to just teach. Sometimes he came to class. Sometimes he didn’t. Sometimes he arrived late, with the butt of a cigarette in his mouth, squinting and blinking because the smoke was burning his eye. He never removed his elegant safari jacket. And he was always frantically patting its many pockets searching either for his Camels or his glasses. They were usually already on his head.

He might walk around the drawing studio, groan, say that nothing was happening in the classroom that day and then simply walk out. But when he did teach it was with an electric intensity and depth. He taught us to think of the empty white rectangle as a perfect drawing already–perfectly flat and perfectly spatial (a concept he said came from Chinese painting). Once we made a mark we disrupted that balance and it was our job to re-establish it. And we needed to think about subdividing that space to make a picture, rather than adding up forms. Nick taught us about compression and expansion, the nature of plastic form, the concept of push/pull, structural color and the idea of the picture plane as an organizing principle. It was something you had to achieve by pulling forward what was in the back of the picture and pushing back what was in the front, until they balanced on what he called “an illusory plane.” With this he connected us directly to his own teacher, Hans Hoffman. Nick liked to talk about the “studio tradition-” how teachers hand down knowledge directly to their students rather than presenting concepts as an art historian would. He would ask “What is the studio tradition of modernism?” He would say that what artists were thinking about when they were creating modernism was the form of spatial construction they were in the process of inventing, and that the structure of the picture was what carried the zeitgeist of the time. That was essential to him, and something he said you could only understand by doing it. He would grab our charcoal himself, pushed us out of the way, and draw corrections right on our drawings. When we got something right he was ecstatic. He wasn’t the only one. The teachers at the school were all so vivid and exciting. They loved to argue with each other, and they treated painting and drawing as something terribly important. As students we were in the middle of it all, enthralled.

I am extremely fortunate to have both studied and taught at The New York Studio School of Drawing, Painting, and Sculpture. It is there that I learned about drawing and painting. It is there that I also got an inkling as to what was entailed in being an artist. I remember walking into the school in the late 70’s and being met with a distinct energy of hard work, passion and mystery. It was compelling, inviting and a bit frightening. I did not understand what people were doing and what they were concerned with, but I knew that I was amidst an important aspiration that was not easily attained. It was in the air. From its inception, the school was an extraordinary place that was started to allow for a focus and seriousness not present in existing art schools. Young artists had the courage to break away from institutional learning in order to have the time and surroundings to be both a student and an artist at the same time. It was a sort of testing ground, where one could see if they could handle the great challenge of being an artist without the surroundings of administration, other endeavors and things like grading. Discussions were lively and teachers spoke in ways that we could not fully understand, precisely because art is not a simple, clear and logical pursuit. We learned to accept the premise that we could never fully know, and that art was a channel for questioning, experimentation and construction. The school successfully allowed for full immersion and an understanding that language was essential to communicate ideas. Daily we drew, painted and sculpted in an attempt to do justice to the awesome world that we live in. We understood that art is a physical form of speech and a reflection of that which exists around us. The teachers were deeply involved in an adventure that was knowing yet always questioning. Their knowledge was a function of a demanding devotion predicated on curiosity and search. Despite differences in ideas across the faculty, there was general consensus in the commitment to following nature and the order of things as a place to begin one’s art practice. Humility and deference were inherent in the process. I was introduced to a life that is rich, challenging and continually surprising. My mentors were examples of a unique intellect that existed both in the mind and the body. I will always be grateful for my experiences at the New York Studio School, as they have given me the ability to spend a lifetime in the realm of art and the pursuit of physical understanding.

Design by Erin Manion All rights reserved. No part of this book may be produced, stored in a retrieval system or transmitted in any form or by any means without prior permission in writing of the copyright holders and the New York Studio School Alumni Association 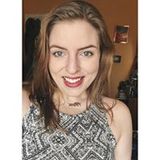