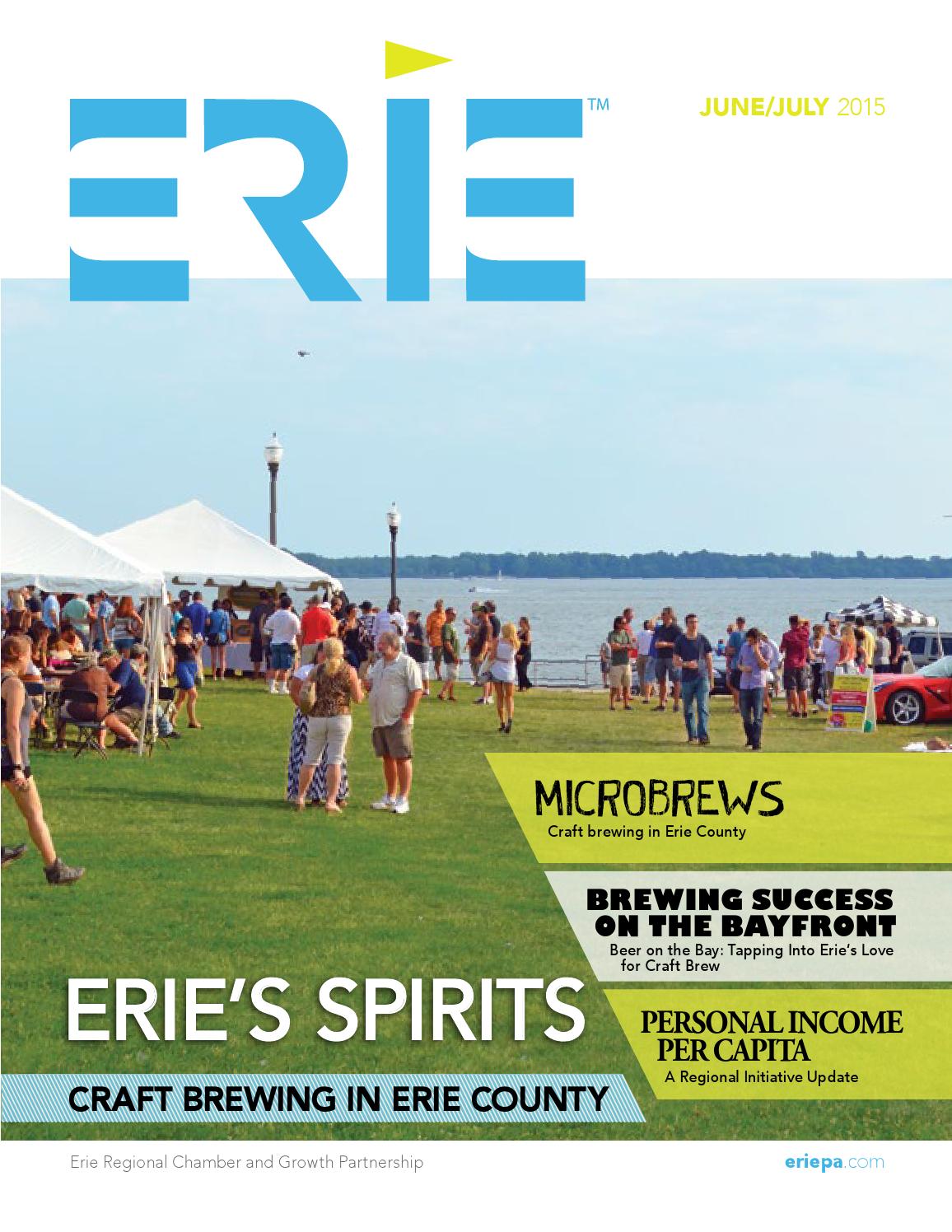 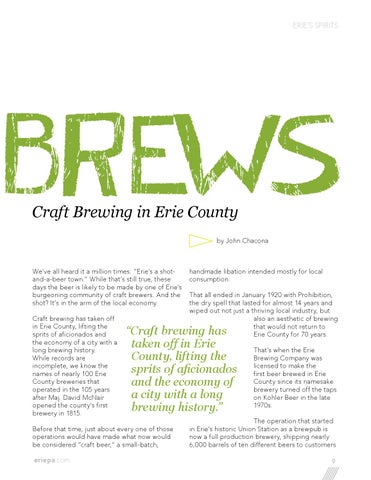 We’ve all heard it a million times: “Erie’s a shotand-a-beer town.” While that’s still true, these days the beer is likely to be made by one of Erie’s burgeoning community of craft brewers. And the shot? It’s in the arm of the local economy. Craft brewing has taken off in Erie County, lifting the Ã«ÀÌÃv&gt;wV&gt;&#96;Ã&gt;&#96; the economy of a city with a long brewing history. While records are incomplete, we know the names of nearly 100 Erie County breweries that operated in the 105 years after Maj. David McNair «ii&#96;ÌiVÕÌÞ½ÃwÀÃÌ brewery in 1815.

That all ended in January 1920 with Prohibition, the dry spell that lasted for almost 14 years and wiped out not just a thriving local industry, but also an aesthetic of brewing that would not return to Erie County for 70 years.

Before that time, just about every one of those operations would have made what now would be considered “craft beer,” a small-batch,

That’s when the Erie Brewing Company was licensed to make the wÀÃÌLiiÀLÀiÜi&#96; Ài County since its namesake brewery turned off the taps on Kohler Beer in the late 1970s.

The operation that started in Erie’s historic Union Station as a brewpub is now a full production brewery, shipping nearly 6,000 barrels of ten different beers to customers 9 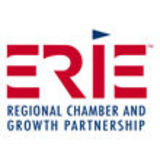 In the June/July issue of the ERIE Magazine, we talk about beer, craft beer, the growing trend in the Erie, PA region and nation wide, and Beer on the Bay!