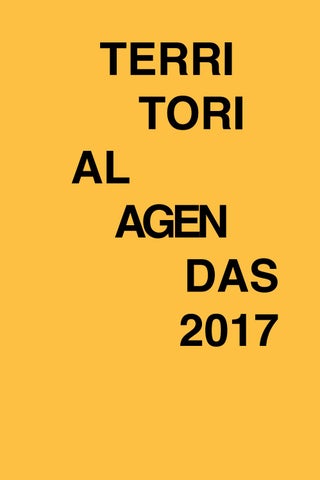 Territorial Agenda and the Leipzig Charter* Leipzig Charter calls for a greater use of integrated urban development policy by the cities with emphasis on • creating and ensuring high-quality public spaces; • modernizing infrastructure networks and improving energy efficiency; • proactive innovation and educational policies; • supporting deprived neighbourhoods. Territorial Agenda with six priorities for spatial development measures: • strengthening of polycentric development and innovation through networking of city regions and cities; • new forms of partnership and territorial governance between rural and urban areas; • promotion of regional clusters of competition and innovation; • strengthening and extension of trans-European networks; • promotion of trans-European risk management including the impacts of climate change; • strengthening of ecological structures and cultural resources as added value for development *Follow-up of the Territorial Agenda and the Leipzig Charter: towards a European Action Programme for spatial development and territorial cohesion, EU policy document (2007/2190(INI))

We know what to do, and at a certain point, we will realize the plan. A change will take place, weather it is big or small. Hierarchies will be displaced. The rules that apply follow our logic.

The grand city plan of Leipzig. It is now clear that the map that we create, has layers that the city plan does not have. Many layers on top of each other. The city plan contains holes or leakages of possibilies. In them versatile maps are hiding.

The track map is huge. We are investigating along the borders to study invasiveness. Making photos of construction projects. Gentry front Squat Wasteland Hole Organic pattern Construction site-invasion. With a certain amount of violence, our studies become more than art.

Stones in the periphery, emptyness in the center. If the foundations represent the border, it would be possible to move it back a bit. Behave territorially.

In some places, vacant lots have become forests. Some animals have infiltrated stencils, playgrounds, cars, stickers. Invading our psyche. Moss on the garbage. Empty houses and cars, spaces with holes in them. Barbed wire and spiny plants. Spiritual peace.

Two girls in front of me deflect through the fence into the darkness. We are in an unlit industrial site. They disappear in a narrow passage between two houses.

- We must constantly make new actions for getting space. A constant creativity. - It is about getting to know a system and its shortcomings and then perform site-specific attacks. Attacks that at the same time are investigations because it is uncertain that they will succeed. - Attempts are important. Actually, one might say that the freedom is attained in attempts. Freedom, a moment when you do not know what will come out. - Out of control.

We need to find tactics against those who are above us. We are standing in a squatted house in the middle of the urban frontline.

Leipzig is upgrading. Unfortunately, some whom live here will not be able to stay, and some people with more means are moving in instead. It will be better for those people, the property owners. Invasiveness is represented by those rich people. They lack natural enemies.

My clothes are too warm. Poles in the middle of the sidewalk. Organic patterns of cobblestones. The smell of fire. Small microsystems of disorder. Empty houses get dark like in old movies. Dark and rugged. Heavy stone facades. Honest materials. Residential neighborhoods you never go to. Curly painted lines over the billboard. The giant abandoned building between two trams. The princessâ&amp;#x20AC;&amp;#x2122; tower. I wonder if they are ever cleaning. But there is some new garbage. It will never get boring. We take what we like. Everything is valuable for someone.

If enough people move through this place, it is impossible to stop them. There is a dark pedestrian path. When it is all black, we can occupy it.

Hey you, yes its you Im talking to.

It is mostly cars. Fenced in dead-ends. Fenced in garbage. Fenced in nature. Techno and Germany. Most registration signs start on a L. Signs are lying, waiting, crawling around the corner. Hiding and blending in well. Not many people notice it. Prepared, each one next to its bases.

How did this hole occur? Where are these stones now? What was that personâ&amp;#x20AC;&amp;#x2122;s agenda? The stones are taken from a unique organic pattern that changed over time into what it is today. Since this action is art, it will raise its value anyway. This person... what did she/he do with the stones? Where did the stones go? Where are they now?