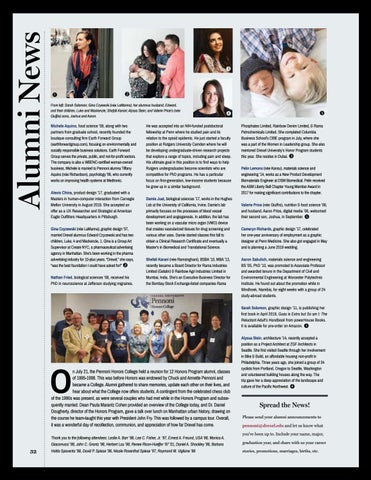 He was accepted into an NIH-funded postdoctoral fellowship at Penn where he studied pain and its relation to the opioid epidemic. He just started a faculty position at Rutgers University Camden where he will be developing undergraduate-driven research projects that explore a range of topics, including pain and sleep. His ultimate goal in this position is to find ways to help Rutgers undergraduates become scientists who are competitive for PhD programs. He has a particular focus on first-generation, low-income students because he grew up in a similar background.

Damie Juat, biological sciences ’17, works in the Hughes Lab at the University of California, Irvine. Damie’s lab primarily focuses on the processes of blood vessel development and angiogenesis. In addition, the lab has been working on a vascular micro organ (VMO) device that creates vascularized tissues for drug screening and various other uses. Damie started classes this fall to obtain a Clinical Research Certificate and eventually a Master&#39;s in Biomedical and Translational Science. Shefali Karani (née Ramsinghani), BSBA ’10, MBA ’13, recently became a Board Director for Rama Industries Limited (Gelatin) &amp; Rainbow Agri Industries Limited in Mumbai, India. She’s an Executive Business Director for the Bombay Stock Exchange-listed companies Rama

Pelin Lemons (née Kansu), materials science and engineering ’14, works as a New Product Development Biomaterials Engineer at DSM Biomedical. Pelin received the ASM Liberty Bell Chapter Young Member Award in 2017 for making significant contributions to the chapter. Valerie Price (née Giuffre), nutrition &amp; food science ’06, and husband, Aaron Price, digital media ’06, welcomed their second son, Joshua, in September.  Cameryn Richards, graphic design ’17, celebrated her one-year anniversary of employment as a graphic designer at Penn Medicine. She also got engaged in May and is planning a June 2019 wedding. Aaron Sakulich, materials science and engineering BS ’05, PhD ’10, was promoted to Associate Professor and awarded tenure in the Department of Civil and Environmental Engineering at Worcester Polytechnic Institute. He found out about the promotion while in Windhoek, Namibia, for eight weeks with a group of 24 study-abroad students. Sarah Solomon, graphic design ’11, is publishing her first book in April 2019, Guac is Extra but So am I: The Reluctant Adult’s Handbook from powerHouse Books. It is available for pre-order on Amazon. 

n July 21, the Pennoni Honors College held a reunion for 12 Honors Program alumni, classes of 1995-1998. This was before Honors was endowed by Chuck and Annette Pennoni and became a College. Alumni gathered to share memories, update each other on their lives, and hear about what the College now offers students. A contingent from the celebrated chess club of the 1990s was present, as were several couples who had met while in the Honors Program and subsequently married. Dean Paula Marantz Cohen provided an overview of the College today, and Dr. Daniel Dougherty, director of the Honors Program, gave a talk over lunch on Manhattan urban history, drawing on the course he team-taught this year with President John Fry. This was followed by a campus tour. Overall, it was a wonderful day of recollection, communion, and appreciation of how far Drexel has come.

Alyssa Stein, architecture ’14, recently accepted a position as a Project Architect at ZGF Architects in Seattle. She first visited Seattle through her involvement in Bike &amp; Build, an affordable housing non-profit in Philadelphia. Three years ago, she joined a group of 34 cyclists from Portland, Oregon to Seattle, Washington and volunteered building houses along the way. The trip gave her a deep appreciation of the landscape and culture of the Pacific Northwest. 

Spread the News! Please send your alumni announcements to pennoni@drexel.edu and let us know what you’ve been up to. Include your name, major, 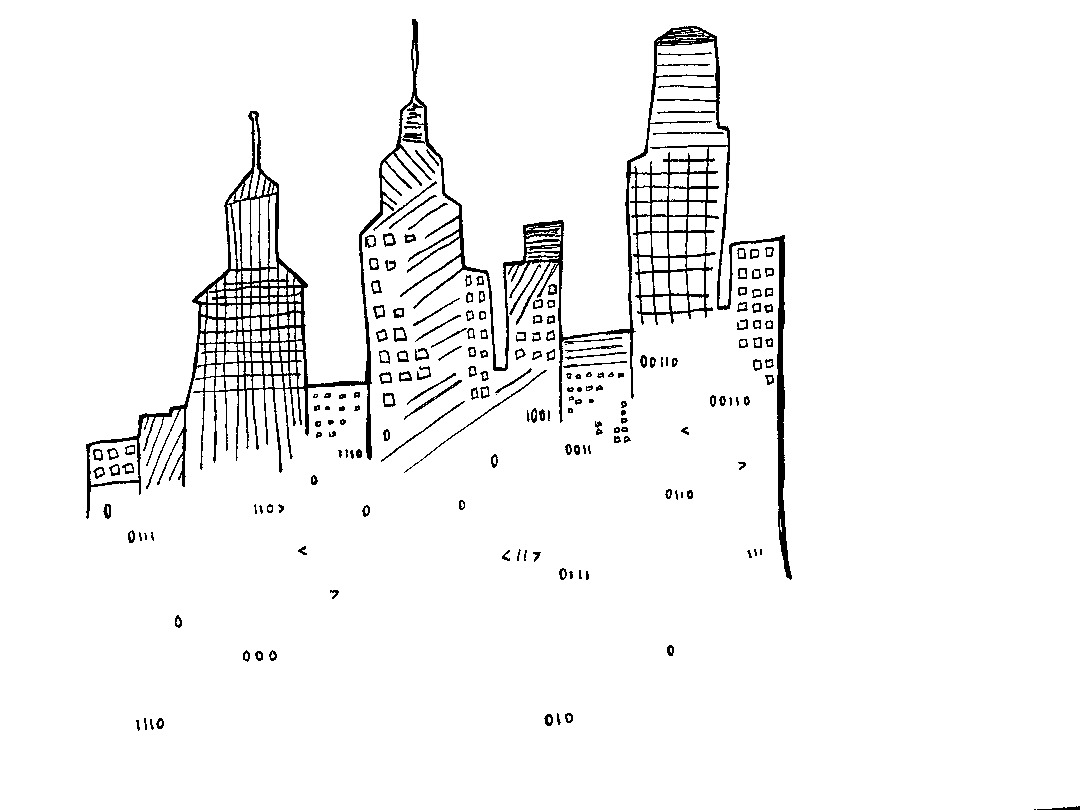 How Honors Program student, former STAR Program participant and SuperNova fellow Amy Gottsegen is helping to get to the root of Philadelphia’s problematic housing issues