Hagerty - Friends To An End 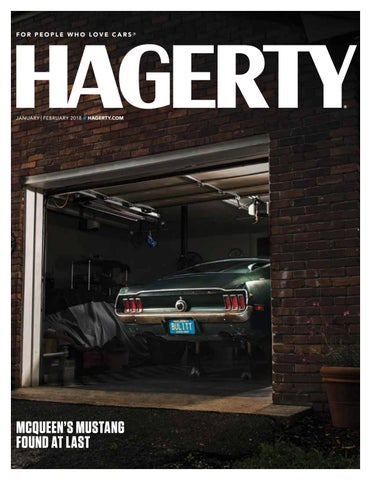 FOR PEOPLE WHO LOVE CARS ®

FRIENDS TO AN END The original RPM kids, and the special teacher who put them on the path to success.

MOST PEOPLE WHO FIND THEIR WAY into the world of restoration or classic car repair can point to a childhood spent with a parent attending car shows, the track, or just working together in the garage. Ross Bartolomei and Michael Sagols arrived at their shared passion another way—in the classroom. The two have known each other since kindergarten, but their friendship didn’t take off until their sophomore year at Lyons Township High School in the Chicago suburb of La Grange. “My older brother had a dirt bike,” says Sagols. “So we started hanging out, working on the bike together.” They also connected in the automotive courses offered by teacher Jordan Engelhardt, and through after-school projects in the club he started. There’s a message to students on the wall of Engelhardt’s shop: “Stop dreaming and start working.” The boys took the message to heart, tearing into every lesson and pushing

each other to learn all they could. Thirty-year-old Engelhardt posted the quote shortly after he started at the school in 2009, hoping to inspire that exact work ethic. Back then the automotive program had just eight courses and a handful of students. Today, 360 students are enrolled in what has become a thriving 15-course curriculum, with classes on small-engine basics and advanced performance, engine rebuilding, car-care essentials, automotive engineering, service, diagnostics, programming, and fabrication. In short, he wants to prepare students for the full spectrum of automotive jobs. With 60 rebuilds under his belt, Engelhardt’s personal experiences easily carry over to his kids. His current students are building a 1929 Model A Tudor hot rod, as well as a Lamborghini Aventador go-kart with a twin-turbocharged 670-cc V-twin.

His efforts have not gone unnoticed; the Specialty Equipment Market Association named him Teacher of the Year in 2016. Engelhardt was always impressed by the work ethic of Bartolomei and Sagols, but he really took notice during a junior-year fabrication and engineering class when they asked to do a special project for a minibike: fabricate a stunt bar (a piece that attaches to the back of a bike and allows you to stand it on end while doing tricks). Engelhardt just laughed. It was halfway through the school year, and the boys had no minibike and no means to get one. “We needed a bike to work on,” Sagols says, “so I started flipping stuff online—refurbishing and selling old items around the house that my parents wanted to get rid of. In a month, I made $2600—enough to buy a 2014 Honda Grom.” Bartolomei and Sagols brought the bike

to class, designed all the parts they would need, then used the school’s mill and lathe to create them. Engelhardt was impressed, Bartolomei remembers. He asked the boys if they’d be interested in a field-trip opportunity—an RPM Foundation tour of the Richard H. Driehaus Collection and restoration shop at nearby Chicago Vintage Motor Carriage. “Seeing all those old cars and meeting the collection’s team of mechanics and restorers really got us thinking about all the career possibilities,” says Bartolomei. The boys also met RPM president Diane Fitzgerald, who organized the trip and invited them to attend other foundation events. “We’re like the original RPM kids,” says Sagols. “Since that meeting two years ago, we’ve volunteered at every RPM event as well as things like the Geneva Concours and Wilmette’s Auto Historica.” Their skills and energy have helped them

Opposite: Michael Sagols (right) and Ross Bartolomei have readied themselves for their next automotive chapter, thanks to an excellent teacher in Jordan Engelhardt.

RPM Foundation provides scholarships, formal training, and mentorship to the next generation of automotive and marine restorers and preservationists. Learn more at rpm.foundation.

make a lot of connections. Last year, as seniors, the pair got jobs working at a local low-mile, used-car dealer, where they learned to do bearing jobs, engine drops, transmission work, and full interior swaps. Sagols then got an internship at Chicago Vintage Motor Carriage, where he works on the Driehaus Collection. After graduation, the two friends applied to the automotive program at McPherson College in Kansas and got accepted. “They only had one spot open for 2017,” says Sagols, “so we decided to defer until 2018, when we can go together.” In the meantime, Bartolomei and Sagols are taking elective courses at a local college, working, and volunteering monthly for RPM’s “Rise and Drives.” They also attend RPM events like those that give young people behindthe-scenes access to collector-car auctions. “I work around 40 hours a week,” says Bartolomei. “But for Michael and me, it’s all fun. It doesn’t ever seem like work.” At La Grange’s Custom Cars Unlimited (a job Bartolomei recently landed through one of his RPM Foundation “Shop Hop” connections), he finds an excitement and unpredictability to working in a classic-car garage. “One day I could be working on a car from the 1930s, and the next day it’s a Ferrari,” Bartolomei says. “Then Michael and I get together, and it’s like a competition where we talk about all the different cars and different jobs that came in.” The two friends also talk about going into business together someday. “We used to think it would be great to work in a ‘normal’ garage. But now I don’t think we could ever be at a place where it only matters that something works,” Bartolomei says. “We have a passion for making things perfect, a passion for the details and how the work makes a customer feel.” That doesn’t surprise their old teacher Jordan Engelhardt, who definitely sees a bright future ahead for the duo. “Ross and Michael have played more a part in each other’s lives than they may think,” he says. “They’ve always fed off each other’s energy, always had big hopes and interest in projects that pushed them beyond their limits.” It’s their energy, friendship, and love of the work, Engelhardt says, that will take them anywhere they want to go.—Bob Butz editor@hagerty.com 125

The RPM Foundation supports Restoration and Preservation training programs and Mentoring for the next generation of automotive, motorcycle and marine craftsmen. As the educational arm of America’s Automotive Trust, the services, resources and grants provided by RPM safeguard the future of the collector vehicle industry by sustaining hands-on training for young adults. The RPM Foundation is based in Chicago with offices in Tacoma, WA and Detroit, MI.

Supporting the RPM Foundation – Thank You! Help us fuel the future and achieve our goal of raising $1,000,000 in 2018! With funding requests more than triple what we are able to giveaway, we need your support. Donations of any size are deeply appreciated.

PRESERVE THE PAST. BUILD THE FUTURE. Yes! I would like to make a donation of: $50 INDIVIDUAL DRIVER $80 DUAL DRIVER $95 FAMILY DRIVER $120 BRONZE DRIVER $300 SILVER DRIVER $600 GOLD DRIVER $1,200 CLUB AUTO Please accept my donation of $ to RPM Foundation. Name

My check is enclosed.

Donations of $50 or more receive a complimentary membership to LeMay – America’s Car Museum, an entity of America’s Automotive Trust.

Please send your donation to: RPM Foundation, 2702 East D Street, Tacoma, WA 98421 Or you may make a donation online at: www.rpm.foundation As a U.S. Treasury approved 501(c)(3) charitable organization, the RPM Foundation is qualified to accept tax deductible gifts and enables a donor to arrange charitable contributions in ways that maximize personal objectives in a tax effective manner.

The RPM Foundation is an entity of America&#39;s Automotive Trust.

Hagerty - Friends To An End 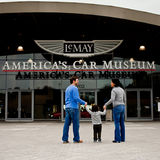